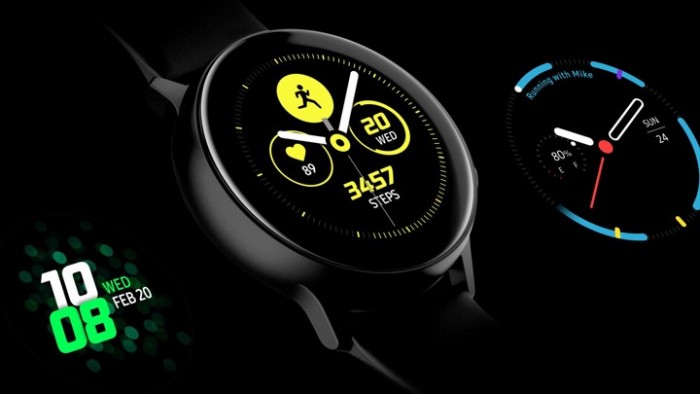 Foreign media Wareable learned from various channels that the Samsung Galaxy Watch Active 2 launched this year will have three models, including LTE version, Bluetooth Only version and Bluetooth version of Under Armour brand.

All three sizes are 44mm and 40mm, the same size as the Apple Watch. The UA brand version will be equipped with an exclusive sports strap, as well as MapMyRun integration and six months of free service.

According to sources, although all models of Active 2 will be with Android andiPhoneCompatible, but LTE is only available for AndroidMobile phone. It's unclear when iPhone integration will support this, but it's planned.

Earlier, it was reported that Samsung plans to equip ECG with Active EC. However, sources said that Samsung is still awaiting FDA approval and is expected to receive formal approval at some point in the first half of 2020.

Samsung continues to give more features from a health and fitness perspective. One source said that the new watch is positioned between "Galaxy Watch and Galaxy Watch Active." The source added that Samsung currently uses health and fitness as the main driver of smart watches, although Bixby and Samsung Pay will also appear in new products, but only as an auxiliary function.

Many of the health and fitness features of the first Galaxy Watch Active will continue to be retained in Active 2, including sleep tracking, Samsung Health integration and device coaching.

The Bluetooth models are made of aluminum and are available in dark blue, silver and rose gold dials. The Samsung Galaxy Active 2 will be announced at a corporate event in New York on August 7th and will be available later this year.