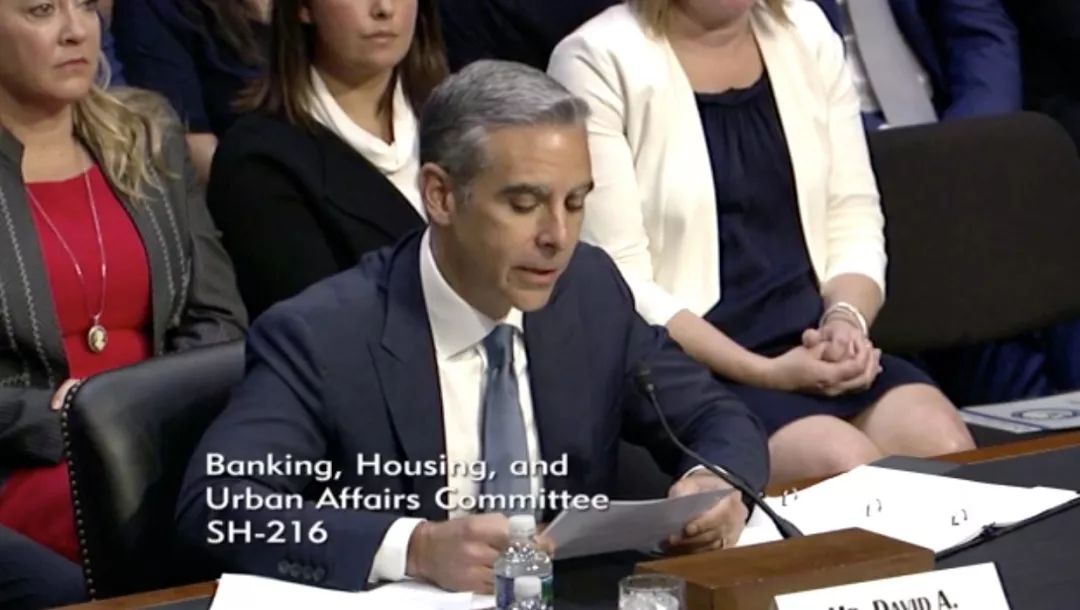 Facebook's eye-catching digital currency The Libra/Calibra project is facing its first major challenge since its inception. But not because of it, but because of its parent company Facebook.

Earlier this month, the US House of Representatives issued a formal request to terminate the Libra/Calibra project, and today (Tuesday, July 16, 2019), the US Senate Bank Housing and Urban Affairs Committee summoned project leader David & Middot; David Marcus, Held a hearing on this matter.

The significance of this confrontation is that this is the Libra/Calibra project that has recently caused a lot of controversy, and it is the first time that the legislative department has been questioned.The digital currency institution first faced the government agencies and responded.

It is another important congressional hearing on Facebook since Mark · Zuckerberg testified on false information, data leakage and intervention elections last year.

This time the senators have made sufficient preparations for not being humiliated. In several rounds of inquiries, they directly questioned the main points and asked Max to have nothing to say.Facebook's strength and resources have allowed Libra to evolve into what it is today, but people's distrust of Facebook has become the biggest stumbling block to it.

However, at the end of the hearing, Max still said that Facebook will continue to push the project forward.

Senator Brown questioned how many elected legislators stood up against Libra/Calibra, and Facebook would be willing to give up.

Max responded. In any case, they all thought that this matter was correct and valuable, and they would stick to it, but they would also take the time to ensure that “do the right thing” (get things right). 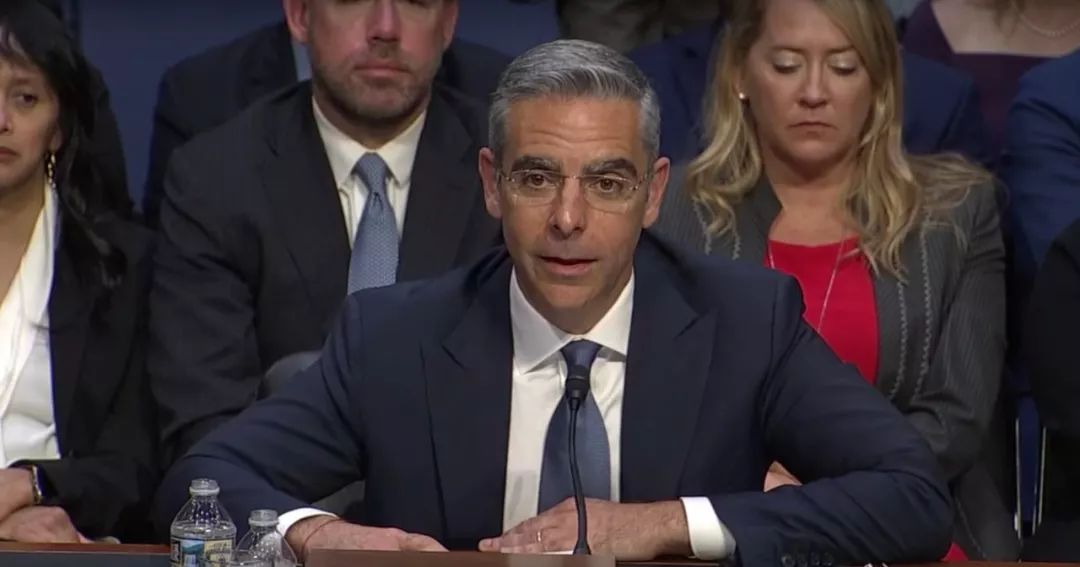 Round 1:Who has jurisdiction over Libra/Calibra?

Undoubtedly, the fact that Libra's organization is based in Geneva, Switzerland, has greatly irritated and even angered US legislators. From their point of view, the participants of the organization, especially the main Facebook, have evaded financial supervision and set up a team and the US/US dollar-led financial system.

Chairman of the Senate Bank Housing and Urban Affairs Committee Mike · Clappo pointed out that although in principle agrees with the meaning of digital currency/wallet for financial inclusion, he also believes that the United States should have the right to make rules.

Max said he agreed that the United States should have these powers. But there is no reason to choose the United States but Switzerland.It is because Switzerland itself is a country with a more open and free financial position and the headquarters of many international cooperation agencies.

This question is actually questioning, as the main driver of Libra's development, whether Facebook has the subjective motivation to evade US regulation.

Max responded that the global-level digital currency base should be located in an international city. Of course, most of the companies involved in Libra are American companies, which are regulated by US law. 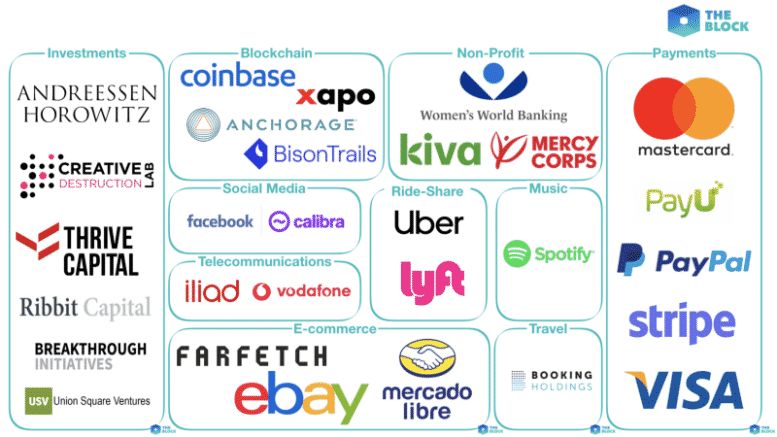 Part of the Libra organization

After the friendly opening of Clappo, the hearing immediately entered the trial time for Max and Libra/Calibra. As soon as Brown came up, he pointed out that Facebook has a long history of abusing user data, and how can it reassure users?

Max's response was weak, saying that Facebook did make mistakes in the past, but is also working to improve those mistakes.

Brown raised the first fancy question of the day: If you want us to trust you and your currency, would you like to pay for your own salary with Libra?

Max reluctantly said that he was willing to do it first, but it needs to be clarified that the intention to create Libra is not to compete with any legal currency. 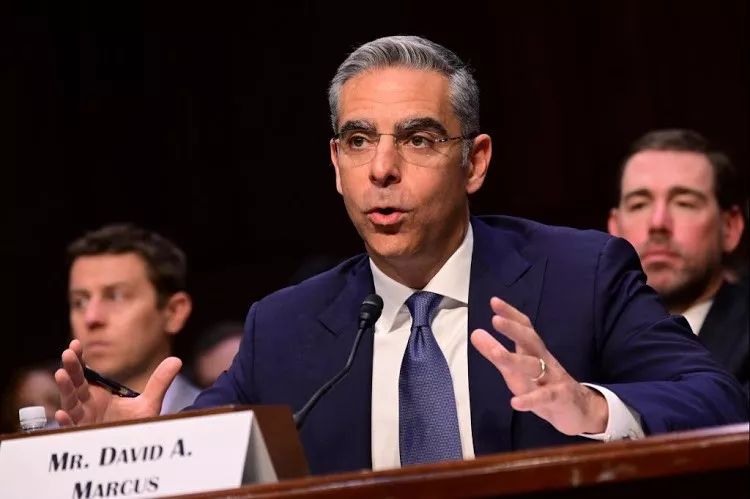 Many senators mentioned the same question: what data Libra/Calibra acquired, saved, and how to use them. More critically, is this data shared with Facebook?

Max replied that users can import with their Facebook account, but they must provide a real, government-issued identification (such as a driver's license) to use the Calibra wallet.

Previously, Calibra had revealed that if user data was needed, it would be specifically licensed to them, but there is currently no plan to do so.Some senators are chasing after them and asking if Calibra has any plans in the future?Max insists that there is no plan at present and there is no mention of the future.

Round 3:Trust: The story of the wolf

At this hearing, lawmakers generally expressed their deep distrust of the project's parent company, Facebook, and the company's digital currency and wallet projects may abuse user data, challenge the dollar's position, and even cause financial turmoil.

Vice President Xie Luode & middot; Brown is the most vocal among the Democratic senators who attended. As soon as he came up, he pointed out that Facebook is a very dangerous company:

“Like a mirror, Facebook is more like a magnifying glass, with it focused enough to burn a hole. This magnifying glass magnifies the issues that most divide our society, and the most controversial views, using people's fears," Brown said.

He pointed out that Facebook's promotion of Libra/Calibra continues to reflect the company's eagerness to use privacy and ethical laws, and the project itself cannot bring benefits:“Facebook’s so-called disruptive innovation, innovation is almost complete, leaving nothing to subvert.”

In the middle of the hearing, some members said that they could not continue to be trusted by reference to the bad records of Facebook in the past.

Democratic Senator Brian · Shatz has listed false information on the Facebook platform, leaked data to Cambridge Analytica and concealed it, political intervention in Russia during the 2016 election, inclusive of extremists, etc. It is difficult to understand the fact that it is eager to create more controversy.

He bluntly said:“There are so many companies in the world. Why do we have to trust Facebook to do this?Should you solve your old problems first and then solve new problems?”

Max said that only Facebook has the resources and engineering capabilities to achieve this.

“Facebook has indeed subverted a lot of things in the past, but now you have 2.5 billion users, and when you subvert anything, it will have a very bad impact. Trust is something you need to win, and you haven't won anything yet. ”

He further questioned what the firewall between Calibra's financial data and Facebook's social data is. Max said that Calibra's technical architecture will be completely independent of Facebook.

But when Monandez asks if there is a data fusion incident, will Calibra inform the affected users and the public as soon as possible. After a few pushes, Max had to say that he would do this ——It is clear from the side that the possibility of sharing data with Facebook is not ruled out.This has even caused senators' dissatisfaction.

Republican Senator Martha · McShaley told Max in court, "I don't have a little bit of trust in you." ”

She said that as far as Facebook is in the past, and that Max has repeatedly claimed to protect the privacy of users at the hearing, the fact is —— during the penalties with the US Federal Trade Commission, Facebook has repeatedly committed user data privacy. The crime of abuse was again fined up to $5 billion last week — — through the story of "Wolf Comes", McShane hinted that Facebook has no need to worry about any country or regulatory authority:

The most ironic question confrontation happened at the end of the hearing, from Vice Chairman Brown.

He quoted a quote from Max when he was questioned: “trust is premordial”, meaning that he does not understand what Max wants to express.

Then, the senator quoted Zuckerberg's classic speech ten years ago:

“You said that Zuckerberg also said this, and I have never had a public record. However, Zuckerberg, which I know, said that: & lsquo; Now I have more than 4,000 (user's) emails, photos, addresses and social network accounts. They gave it to me like this, I don't know why. They <believe me”. A group of silly* (dumb f**ks). ’” 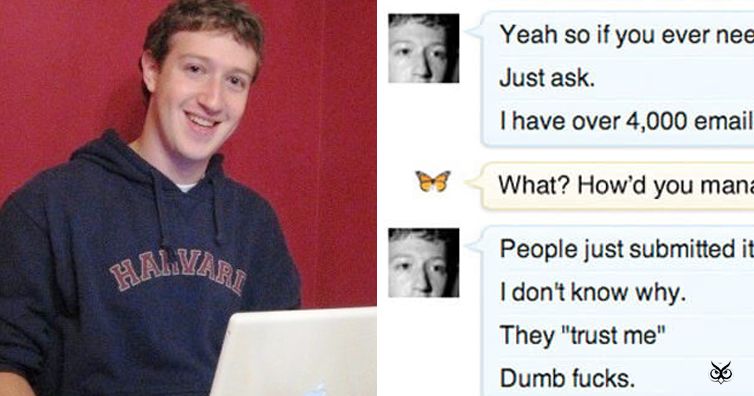 "Mr. Max, you tell me ‘ trust is the original & rsquo;, once again and again showing us how you deceive and betray the public trust. I hope that you can tell me, what should I understand from these? Looking at all your questions, why do we now trust you to be a global currency? ”

The way the Libra organization is set up, that is, no company or organization can decide everything, and the organization will elect the board to govern Libra, which is the answer that Max gave to Vice President Brown.