Intel finally admitted that 7nm was behind: he couldn't catch up with AMD in two years

In Germany, the Netherlands, and Japan, Ruilong 3000 was not listed before it went public.AMDThe share of processor sales exceeded that of Intel, in the South Korean market, with Ruilong 3000 listing and a retail share of more than 50 per cent..

The advent of Ruilong 3000 also embarrassed Intel because the process of AMD has not reached the level of Intel on Ruilong generation and second-generation processors. Although all of them are 14nm nodes, Intel improves the third-generation 14nm process well, while GF's 14/12nm process performance is not as good as that of Intel 14nm process. 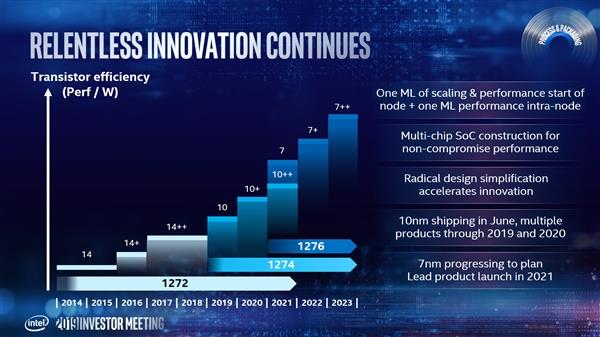 On Intel's side, the 10-nm process began in June this year. Ice Lake 10-generation Core processors have been shipped, but mainly for the mobile market. The desktop version will be available by 2020.

The next step is the 7Nm process, which Intel CEO Siribo confirmed at the Fortune Global Conference in 2021, will be launched within two years.

But what he did not mention was that the 7Nm process was first used in the Xe accelerator card in 2021, not the CPU processor, which means that the 7Nm CPU is likely to wait another year to 2022.

Because of this, Techradar reported that Intel had admitted its backwardness and that it would take two years for the 7Nm process to catch up with AMD.