This weekserverThe end A/B test shows that the Google Apps beta (version 10.28) can see that the assistant's "send text" command works directly from the lock screen, the recipient can be sent after the text is specified, and the Google Assistant provides visual and verbal confirmation. .

As shown in the first set of screenshots below, the icon at the top of the screen indicates that the device is still locked during the entire voice interaction. If you perform other operations, it will immediately trigger the “Unlock to continue...” response and prompt you. enter password. Since this is an A/B test, the functionality has not been widely available. On Pixel 3 running Android 9 Pie, the Google Assistant lock screen SMS feature is fully functional. However, the Google Assistant lock screen SMS feature on another Android Q Pixel 3 and Pixel 2 XL cannot be turned on.

It’s unclear whether this feature will be widely available, but it will be a welcome feature that actually makes the Valley AssistantMobile phoneHands-free. Since Google Assistant is part of the Google app, lock screen SMS should not be specific to Pixel and can be used on other Android devices. 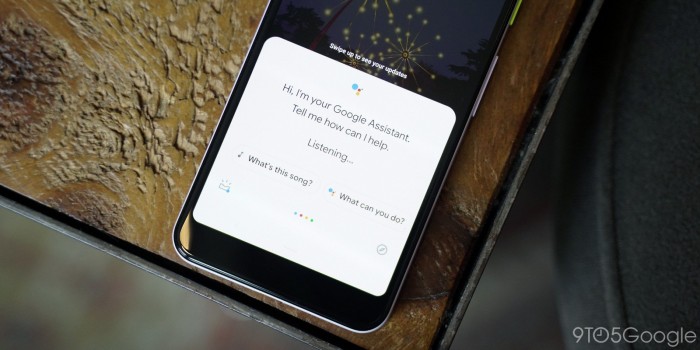 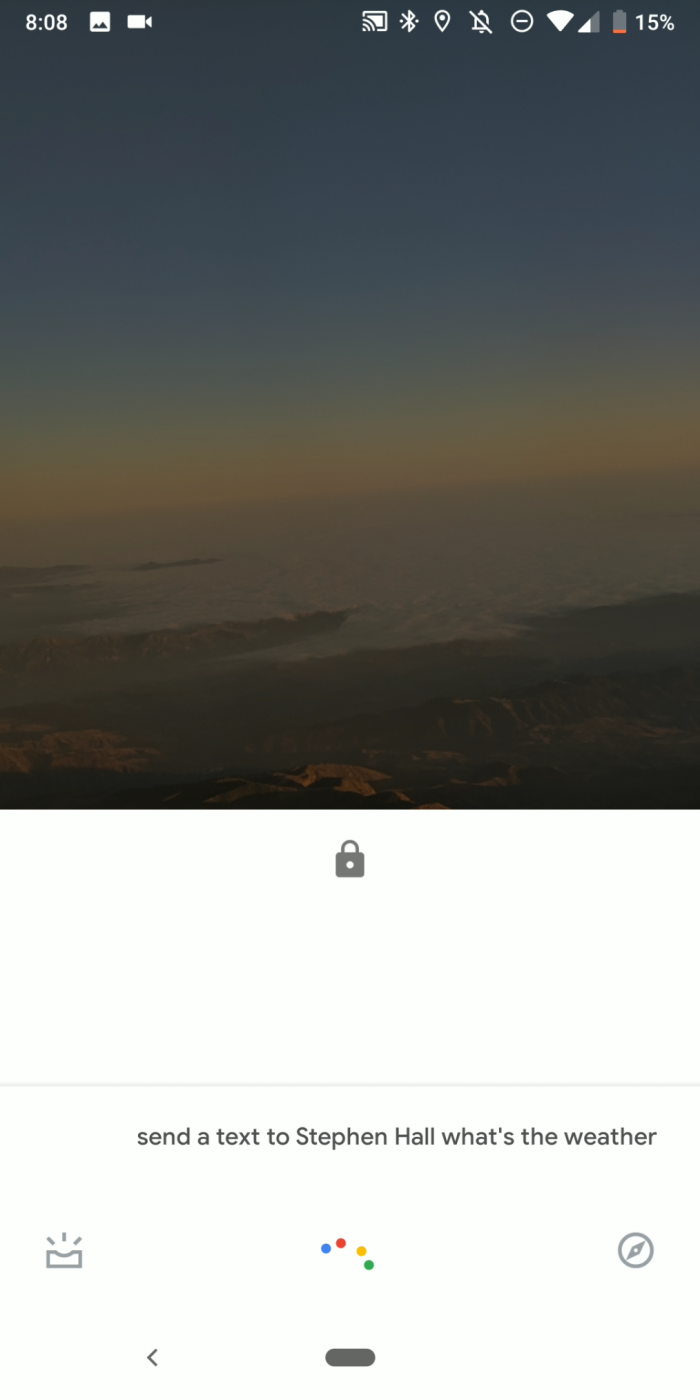 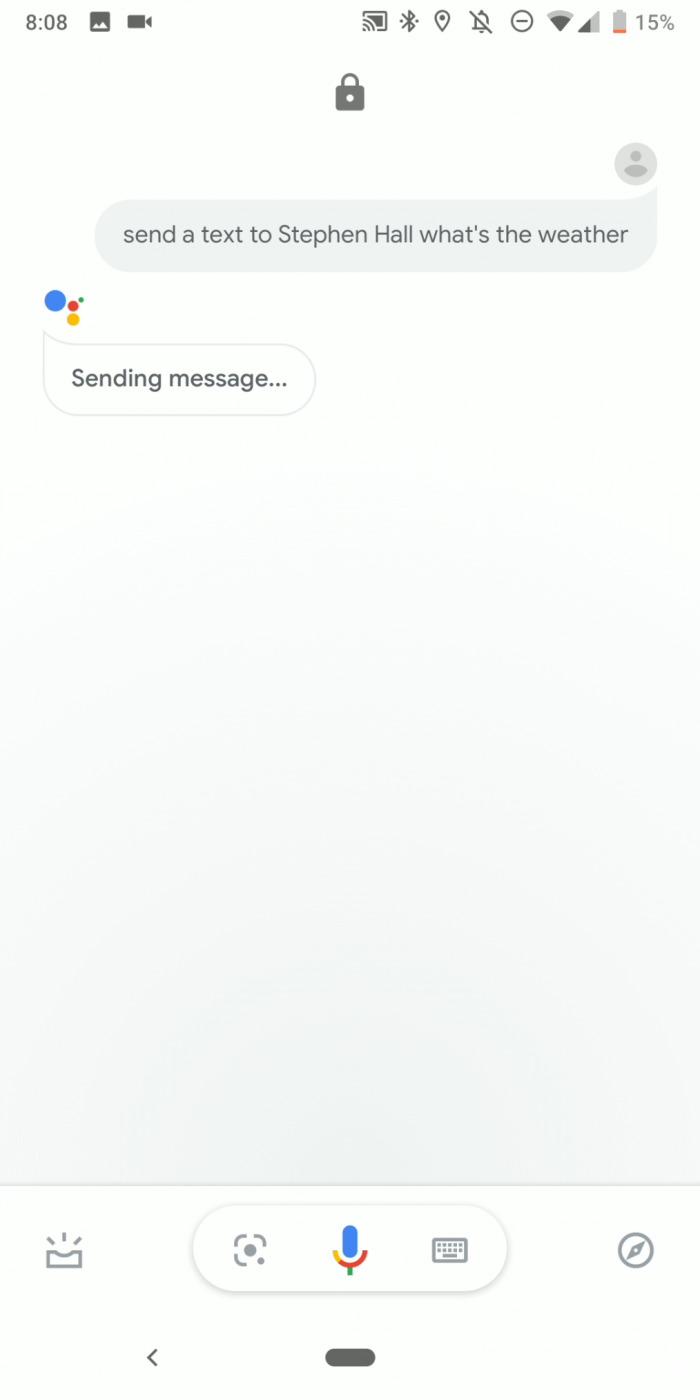 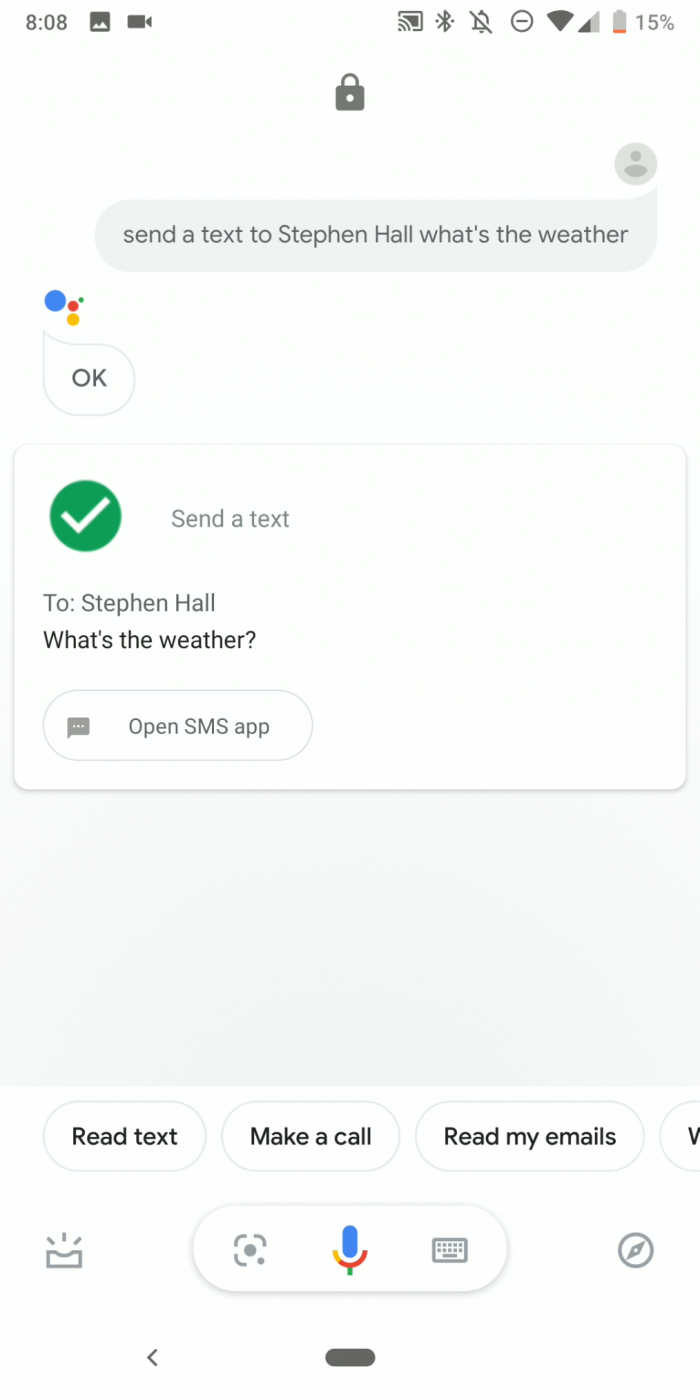 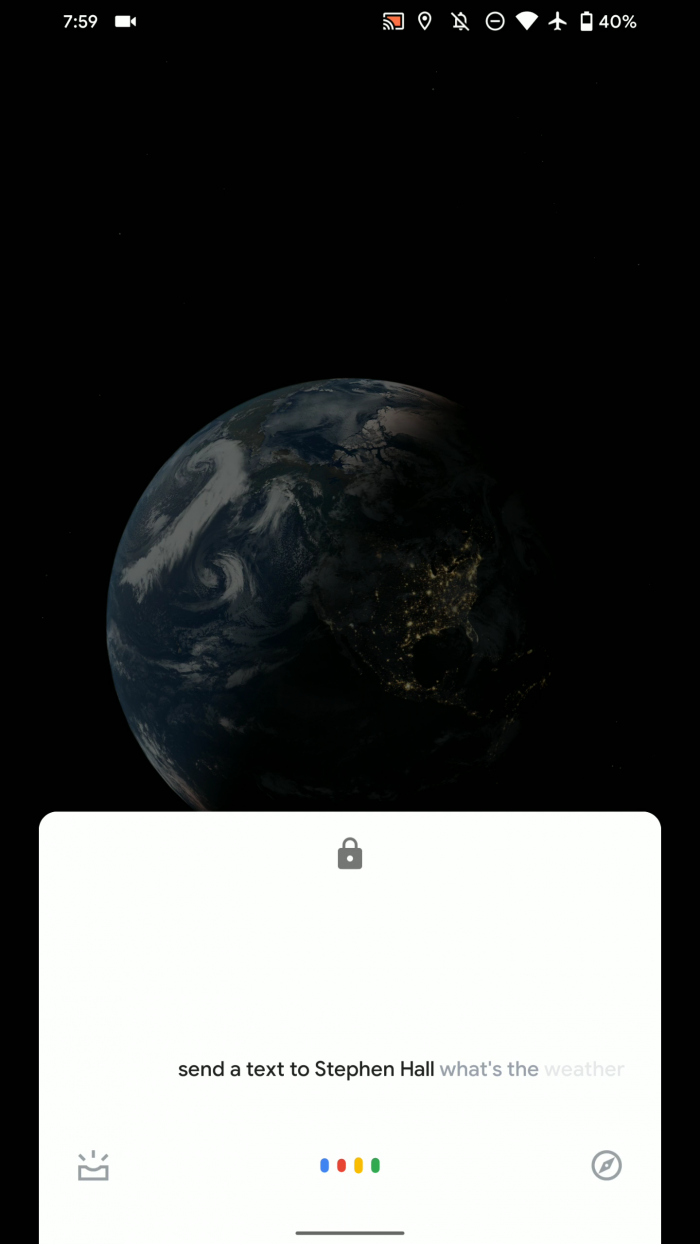 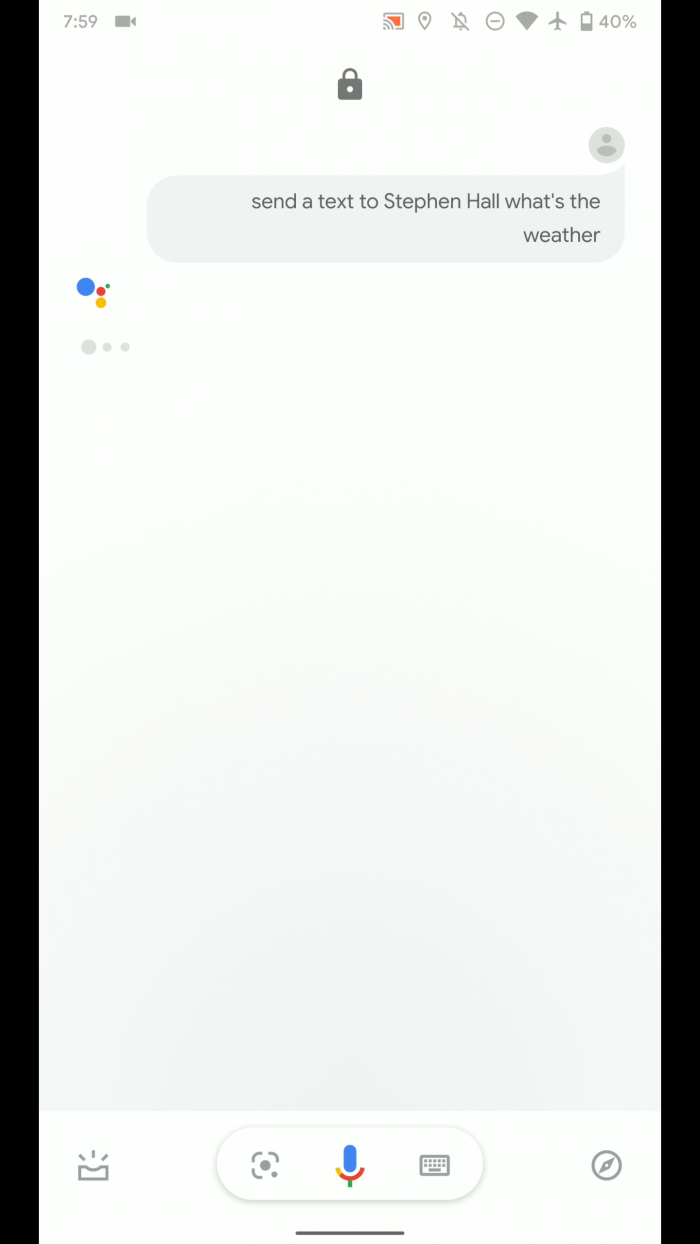 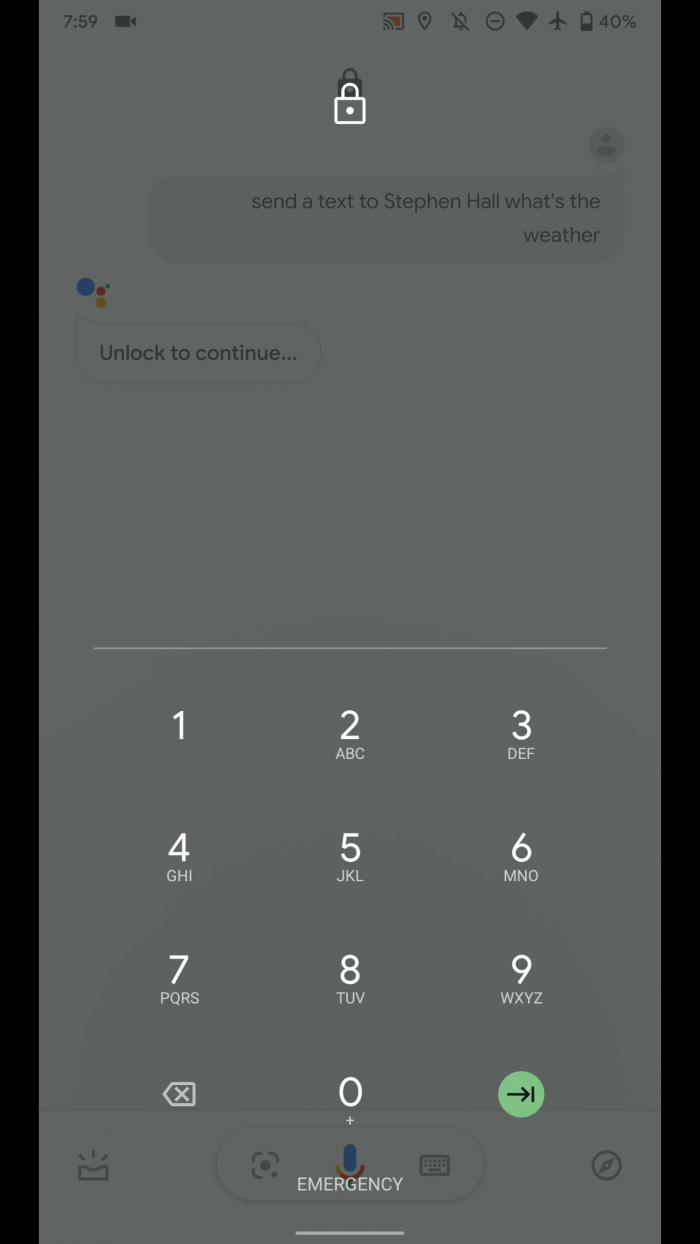 Related news
Google Assistant is testing voice payment
Hot news this week
Bitcoin mining machine giant Yibang international successfully listed in the United States: raising more than $100 million
China's second-biggest retail channel for smartphones in May Huawei is a step away
Huawei cloud's industrial Internet business experience: how to make the cloud serve the entire "circle of friends"?
Huawei's first mobile device equipped with Hongmeng may be Kirin 1020 with a 5-nm process
After the total ban, the United States announced the arrest of Fujian Jinhua General Manager Chen Zhengkun!
Japanese legislation forbids walking and playing mobile phones: mobile phones in public places should stand still
NASA announces the name of the headquarters building after its first black female Engineer
A reporter from the United States who was infected with the new coronavirus took part in the trump campaign rally
Most people don't know that the hole at the bottom of the original mobile phone also has this function
A hundred yuan 5g mobile phone is not far away. It's said that the new mt6853 of MediaTek has been launched
The most popular news this week
Wechat has not done this function for N years! Use this app to make up for the defects of wechat
Zhao Ming responds to the offline interview with Yu Chengdong: the pressure this year is much greater than that of last year. Huawei glory is the only two growth brand
How long will it take for a real 1000 yuan 5g mobile phone? Zhao Ming: we have to wait
Glory Zhao Ming: 5g mobile phones account for nearly 50%
Byte beat vice president reconnects Tencent?
It's incredible that Intel will push the z590 chipset pci4.0 early next year?
Selling business out of multinational market
What is the status quo of domestic memory chips?
Zhao Ming talks about 5 G mobile phone competition: do a good job of products without gimmick
What are the difficulties of large screen mobile phones in 5g era? Glory Zhao Ming: it's hard to change it after two years' sharpening