Although this generation of Xbox hosts is based on the x86 architecture, and the operating system is based onWindowsSystem customization. But in fact, Microsoft did not use the general x86 server hardware, but built a number of Xbox One S motherboards, which also simplified the difficulty of Microsoft's design server.

In the interview, Kareem Choudry, head of Microsoft's streaming business, demonstrated the construction of a single server, where the server is a 2U rack and has eight Xbox One S motherboards in a single unit. A data center consisting of these servers will provide players with cloud gaming services. 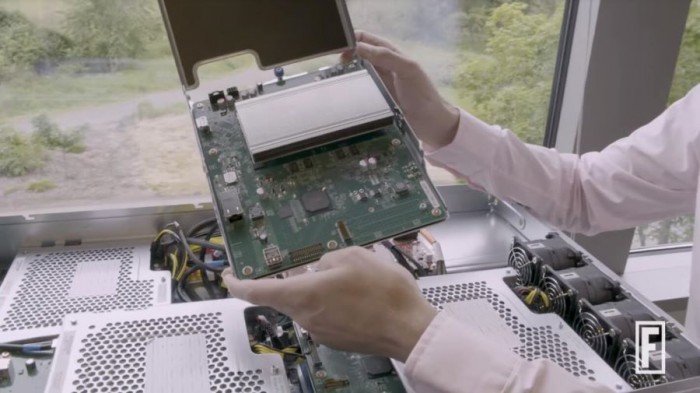 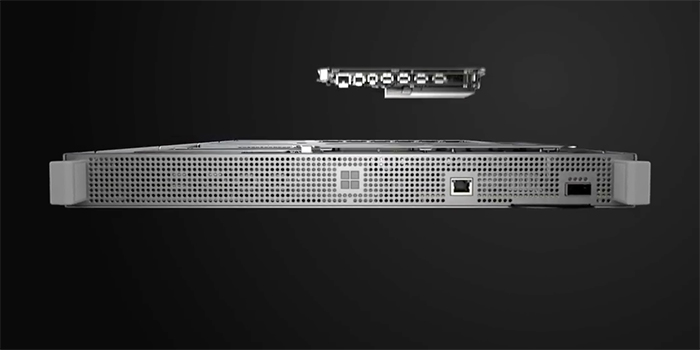 However, there is still doubt that these "server version" Xbox One S will only perform game screen rendering or assume tasks such as providing game selection menus for players.

Although Microsoft has not officially launched xCloud cloud game service like Google, with the completion of infrastructure and other aspects, Microsoft's cloud games will become one of the players' choices. 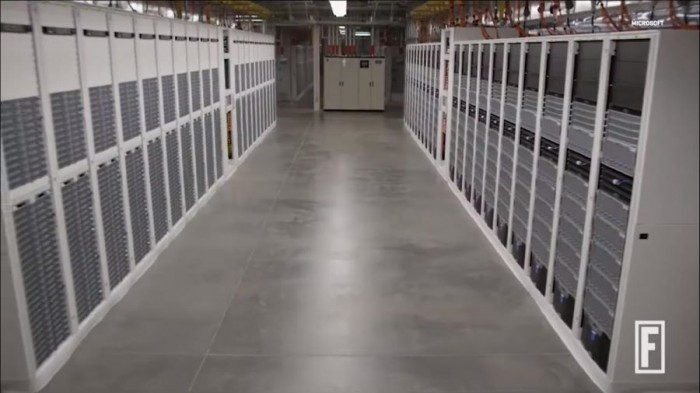 Related news
Purple version of Xbox One S leaked for "Fortress Night" fans
Microsoft xCloud cloud game server first appeared 8U racks consisting of 8 Xbox One S motherboards
Online test of local project xcloud: Xbox one game can be played on mobile phone (Figure)
Microsoft starts internal testing xCloud for Windows 10
Hot news this week
AMD is licensed to continue to supply Huawei? Don't be happy too soon
Tencent responded to the Commerce Department's decision to continue communicating with the U.S. government for a long-term solution
Baidu opened the black technology conference to CCTV, the host sighed: liberal arts students understand
Us chip giant obtains supply license to Huawei: will abide by US law 100%
Is it worth buying from 7499 yuan? A picture to understand the glory Hunter Game v700: top performance, lightweight body
Lenovo announced that thinkbook New Youth creation book will be launched on September 24: support 180 degree reversal
Amd CEO Su Zifeng will deliver keynote speech at CES 2021: sharp dragon 5000 APU is expected to appear
Following Apple A14, Lu Weibing preheating millet new product: also 5nm
[Live Video] Apple's fall 2020 launch: two apple watch and two iPads
IPhone 12 pro's latest HD shape exposure: industrial design and color matching changed
The most popular news this week
Ifixit disassembles the sixth generation Apple Watch: simpler structure and larger battery
Byte jump and Oracle statement conflict, tiktok transaction variables
After 25 years, Club B announced the overhaul of the game engine: the first release of "ancient scroll 6"
Huawei Guo Ping sends a letter to overseas soldiers' families
Samsung hinted at the color options of the galaxy S20 Fe in the trailer before the launch
Microsoft's $7.5 billion acquisition of B parent company analyst: the offer is too cheap
Huawei: will continue to lay off staff in Australia and has terminated a $100 million R & D investment
Tesla annual "Battery Day" event will be held tomorrow, how to watch?
Model3 test failed many times will dummy fly hot discussion! Tesla: Don't get out of context
The model 3 test failed many times, causing the dummy to crash into the air. Tesla responded that the video was taken out of context