Microsoft recently launched a set of Python tutorials.Develop with Python on WindowsThe documentation includes setting up the Python development environment, installing the appropriate development tools in the Windows and WSL subsystems, and integrating VS Code and Git tools for development. 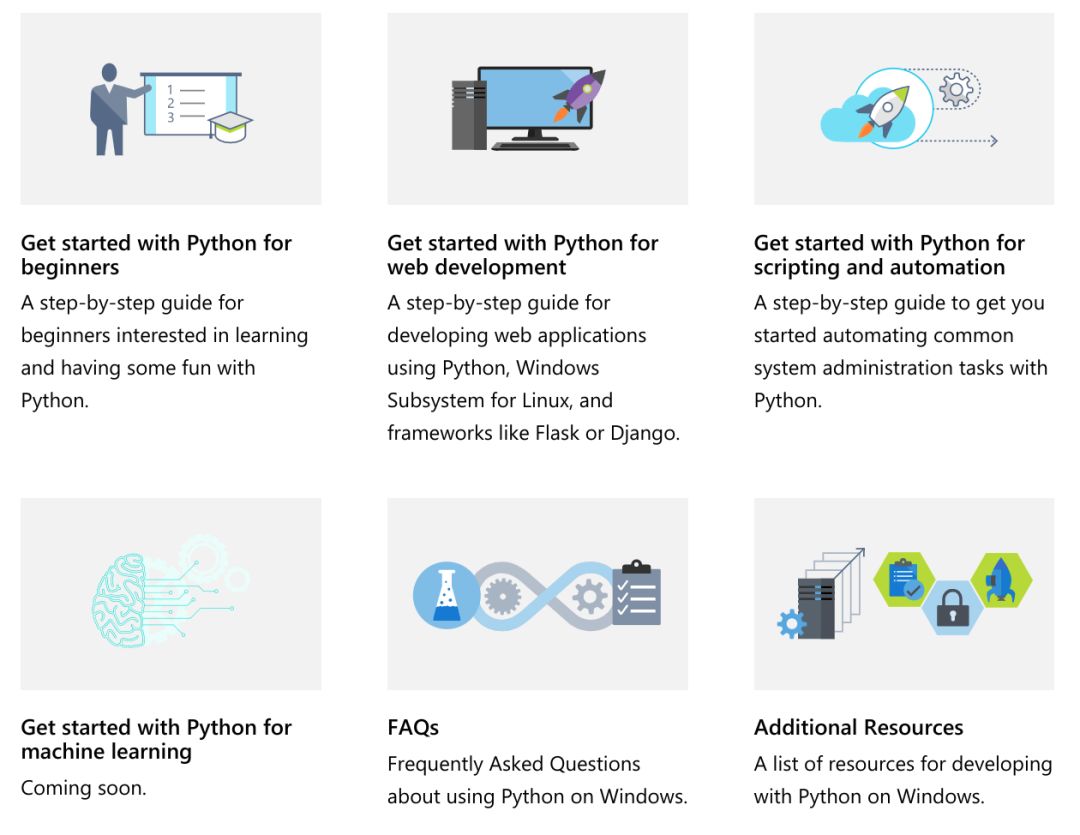 Specifically, the course has the following chapters:

The contents of the corresponding chapters are more detailed. It is worth mentioning that the FAQ, people who learn Python will be troubled by various problems of Python. In the FAQ, there are some detailed answers to some common questions, such as:

Microsoft's enthusiasm for Python is actually a matter of course. Microsoft Python engineer Steve Dower has written about how Microsoft embraces Python step by step. Steve Dower was an intern who participated in the development of Python Tools for Visual Studio and later became a full-time developer of Microsoft. Since entering the company in 2011, he has witnessed a change in the status of Python at Microsoft.

Steve takes Visual Studio as an example. He introduced that in 2010, Microsoft's Python developers were extremely rare and had no say. But today, Microsoft is actively investing in the Python language and community. At present, Microsoft has many products that support Python. Some new products only support Python, and some key tools are also written in Python.

In addition, Steve talked about the collaboration between teams due to Python, and they organized the “Python Day” anniversary, the company has more than 1,000 people, about 1% of the company, Steve felt The transformation of the company's internal culture. 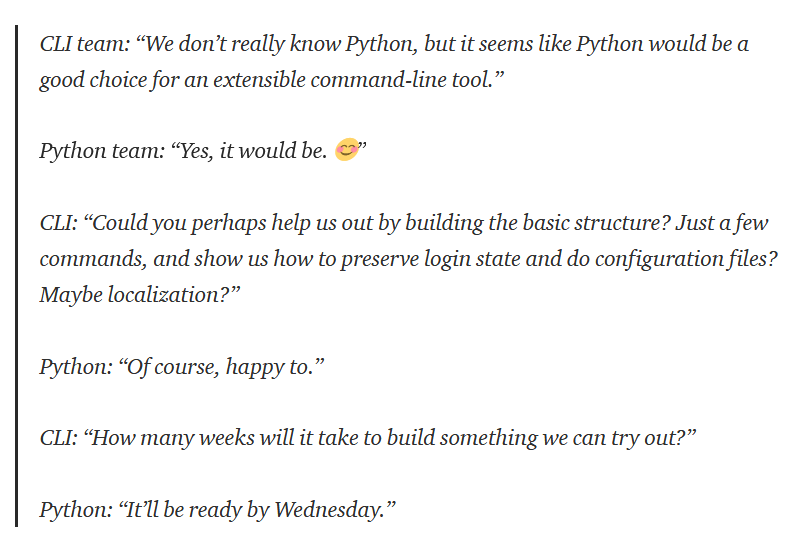 Finally, Steve said that Python is no longer understated at Microsoft, they are proud of Python, and have hired five core CPython developers and many other contributors to actively support open source data science through NumFOCUS and PyData, and regularly sponsor, host and Participate in Python events around the world.

Python is becoming more and more popular, and there is no doubt that looking at the TIOBE programming language rankings we have recently tracked, the focus of the list for several months has been on Python:

Ranked in May:R falls out of the top twenty, Python bites C++

June ranking: Python is a little inflated, even want to fight with Java

July ranking: Perl is a victim of over-hyped Python?

Now, Microsoft officially produced a Python tutorial. It seems that this fire is going to be a little stronger. What do you think?

Related news
Microsoft official online Python tutorial
Microsoft renamed the web-side Office application: cancel the "Online" suffix (Figure)
Visual studio online updates better go, python, and docker support
Microsoft pushes free online Python tutorial for beginners of data science and machine learning
Hot news this week
Wechat has not done this function for N years! Use this app to make up for the defects of wechat
IPhone 12: it's more like throwing away the charger
Microsoft official free data recovery tool windows file recovery experience
Gree's response to "being disqualified from winning the bid": a mistake made by the bidder in sorting out the materials
Apple wants to know: what do you do with the charging head of the old iPhone?
Tencent magic change Yang surpasses video self mockery: I'm a simple and honest fake spicy sauce lost 16 million
Luo Yonghao comments on ideal one: Tesla Model 3 is not a car of a level at all
A 400-brand evacuation Facebook： the internet giant strangled?
How long can "Laoganma" carry on after winning Tencent?
The dotcom bubble? U.S. technology stocks surpassed their 2000 highs relative to the S & P 500
The most popular news this week
Google AI director talks about AI issues: not enough tolerance
Glory and AMD headquarters in China: is the 7Nm sharp dragon magic book coming?
U.S. stocks closed down and rose nearly 15%. Pinduobili rose more than 4%
Moto g 5g plus: 90hz screen / 2800 yuan
Huawei Technology Limited applies for a large number of HarmonyOS trademarks
Xiao Ke Xing 360 mobile phone guard guards women's "fearless bloom" under the great security
Competing for 5g focus: Nokia is adding openran open interface to its telecom devices
Huawei's real rival in 5g era!
169 yuan true incense lamp! Xiaomi home display hanging lamp experience: no desktop space without glare, magnetic absorption rotation
The appeal of "Shandong Xiaomi finance" was rejected. In the first instance, Xiaomi was compensated for 300000 yuan and the current enterprise name was suspended