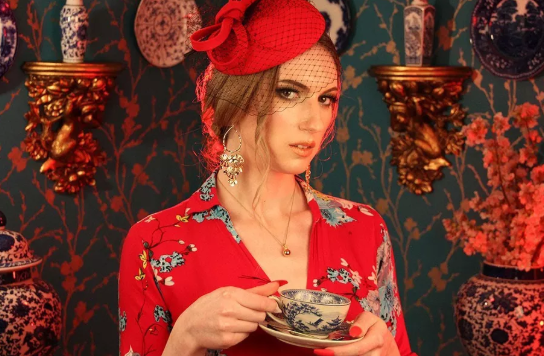 YouTube’s past video time is usually around seven or eight minutes, and now the site has been overwhelmed by long-playing videos. This change is partly due to the audience's interest, but it also means that creators have recently tried to get as much revenue as possible from their videos.

Longer videos have more ad space, and more ads mean that creators’ revenues will increase. Breaking this 10-minute mark is especially important: this is where YouTube starts letting creators insert ads in the middle of the video, rather than just playing ads at the beginning.

The creator, Shelby Church, found that for videos that played for more than 10 minutes, the revenue was three times that of short videos. Church pointed out that her long videos even have more viewers, motivating creators to make longer videos and insert more ads.

“In fact, you can add as many ads as you want,” Church discusses in the video how YouTube ads work. “I can serve an ad every 30 seconds, but no one will see it. It’s ridiculous. So I started adding two ads in the middle of my video, which is crazy.” She eventually earned in June. More than $6,000, which exceeded her $1,800 earned in January.

Church didn't change her work or her video style, just changing their duration from seven or eight minutes to 13 or 14 minutes. Other creators like Jake and Logan Paul began to increase their video from less than 10 minutes to 25 minutes. Make-up channel starts making 30 to 40 minutesTutorialThe commentary video became up to 30 minutes, and even the apology video began to grow very long.

YouTube inspires this in a variety of ways. Long videos are not only more valuable, but also favored by YouTube. The platform's algorithms prefer content that people engage in and encourages them to spend more time on the site. Company executives are trying to move toward promoting responsible content, but the algorithm still tends to be longer.

The result is a change in the type of video that dominates YouTube. With political content, lengthy commentary videos and documentary series, longer video articles, more luxury video blogs, beauty tutorials and reviews are constantly increasing. A recent report from the Pew Research Center found that the average length of video in the first 250,000 channels was between 13 and 14 minutes. A 30 minute video is not unusual. In fact, it has become the new normal.

"YouTube doesn't care about the number of videos you watch, they just want you to stay on YouTube," Lindsay Ellis, who made a video about popular movies, told The Verge. "Whether you're watching 200 videos about cats or videos of the same length of "Game of Thrones", it doesn't matter. If you only watch one thing instead of 200 cat videos, then people are more likely to stay. On YouTube."

Ellis said she always makes longer videos because it suits her style. Some of her videos last for 45 minutes, which is a trend.

The downside is that not everything on YouTube benefits from length, which can lead to worse video. "In order to have longer videos, I think it's not good to make longer videos," Natalie Wynn (ContraPoints) told The Verge.

Wynn believes that the trend of long videos will eventually change. YouTube is waiting for creators to draw attention to the entire community through new formats and directions. “At some point, someone with a very punk rock attitude will come in and change everything,” Wynn said. “People get tired of long videos. Some people will like very simple content, and the videos that are released will be better and shorter than all of our videos. That would be a new step.”

Related news
Foreign media: YouTube videos are getting longer and longer. Creators are getting more revenue.
Stop thinking of station B as "YouTube"
Hot news this week
Wechat has not done this function for N years! Use this app to make up for the defects of wechat
IPhone 12: it's more like throwing away the charger
Gree's response to "being disqualified from winning the bid": a mistake made by the bidder in sorting out the materials
NASA's face touching Necklace: vibration warning to prevent the spread of new coronavirus
Microsoft official free data recovery tool windows file recovery experience
Apple wants to know: what do you do with the charging head of the old iPhone?
Amazon cancels disposable plastic products in India
Luo Yonghao comments on ideal one: Tesla Model 3 is not a car of a level at all
Tencent magic change Yang surpasses video self mockery: I'm a simple and honest fake spicy sauce lost 16 million
A 400-brand evacuation Facebook： the internet giant strangled?
The most popular news this week
Tencent PK old Ganma: the storm is suspended, the question remains
Windows 10 new start menu design more information exposure
Behind Intel's "out of stock" wave: is it really a false alarm?
The new work movie starring Zhen Zidan will start shooting: game adaptation and customization of "hot blooded scoundrel"
Facebook boycotts extended suspension of advertising by Canadian banks
NASA releases new structure design test video of SLS rocket
Microsoft will start pushing a new version of edge to more windows 10 users
India's new e-commerce regulations curb Amazon, Google and other local hegemony
France :Huawei5 G devices are not completely banned but operators are encouraged to "not try"
Compare the new iPhone Se and 7! 5.4 "iPhone 12 model exposure: too fragrant