T-Mobile acquires Sprint for US$26.5 billion and becomes the top four operators in the US

On July 27th, Beijing time, according to CNBC, the US Department of Justice passed the T-Mobile acquisition of Sprint, and the transaction price was set at US$26.5 billion. 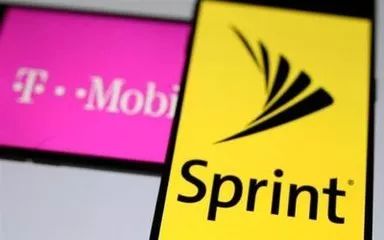 The conclusion of this transaction also means that the number of large operators in the United States has dropped from 4 to 3, leaving only Verizon, AT&T and T-Mobile.

For antitrust reasons, the US Department of Justice requires T-Mobile and Sprint to divest some of its assets, including Sprint's Boost Mobile, Virgin Mobile and other prepaid phone services, as well as some of Sprint's wireless spectrum, for $5 billion to sell to satellite TV. Giant Dish Network.

At the same time, T-Mobile will need to provide Dish Network with at least 20,000 base stations and hundreds of retail stores, and allow the latter to use the T-Mobile network within 7 years.

Makan Delrahim, head of the antitrust department of the US Department of Justice, said: “Without these remedies, the merger will seriously damage competition. Getting citizens to get fast, reliable and affordable wireless connectivity is critical to our economy, every consumer and their way of life. ”

Del Rahim believes that the supplemental agreement will ensure that the Dish Network becomes a “subversive force in the wireless arena”. T-Mobile and Sprint said that it is expected that the regulator will formally approve the acquisition in the third quarter and plans to complete the transaction in the second half of this year.

Related news
T-Mobile acquires Sprint for US$26.5 billion and becomes the top four operators in the US
The news said FTC approved T - Mobile US $26.5 billion acquisition of Sprint.
T-Mobile and sprint will accelerate 5g deployment in the United States
The merger of T-Mobile and sprint in the US reappears new uncertainty
Hot news this week
ASUS main board leads Rog day fans Carnival highlights
IPhone 12: it's more like throwing away the charger
Gree's response to "being disqualified from winning the bid": a mistake made by the bidder in sorting out the materials
Apple wants to know: what do you do with the charging head of the old iPhone?
A 400-brand evacuation Facebook： the internet giant strangled?
Tesla's warranty service suddenly shrinks: touch screen and media control unit halved to two years
Samsung and research team found a new semiconductor material: amorphous boron nitride (a-bn)
Tesla's warranty service suddenly shrinks? Official response: the truth is here
B550 motherboard price hike a fan denounces amd for changing high play, explaining why it is so expensive
TSMC plans to ship 80 million A14 chips to apple in 2020
The most popular news this week
Apple iPhone 12 box concept picture exposed, with charger and wired headset removed
Facebook SDK bug again causes iOS applications like Spotify to crash
Tencent Music Entertainment Group celebrates the anniversary of the industry open letter: willing to create wings of dreams for believers
Even Chinese mobile phone brands are no longer making high cost-effective mobile phones, foreign netizens panic
iQOO cell phone is going to work again next week: Cellon 865 Plus 80W fast charging iQOO Pro3 is coming?
What is the difference between the mass production of arm China "Star" processor and Cortex-M?
Arm China Star processor mass production! Specially designed for China
Chinese developers share: how much money did I make after spending four years making an independent game?
Protection of user privacy, why Xiaomi?
Looking forward to Google's own son: pixel 5 Series reduced to midrange snapdragon 765G / back fingerprint