NASA announces a preliminary test of the core stage of the SLS rocket (Fig.) 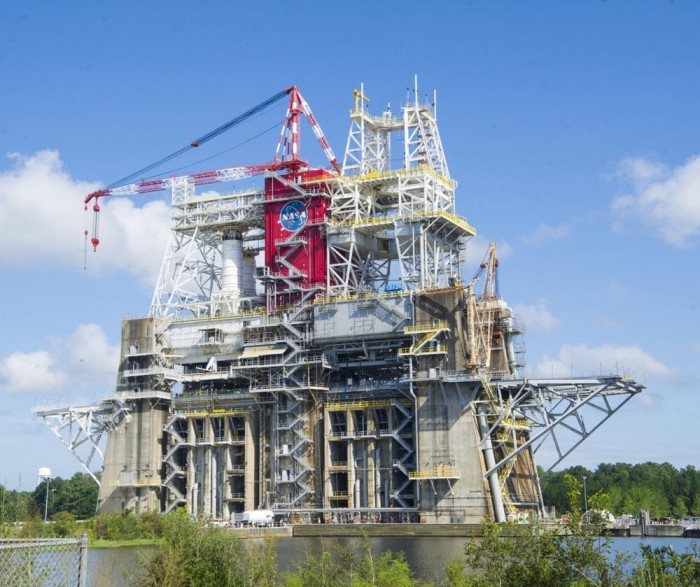 Building a new booster rocket is always a long and complex process, and the difficulty of a rocket carrying astronauts doubles. In essence, liquid-fueled rockets are very complex, and they need to deal with a large number of propellants to generate tremendous power.

The plume exhaust of the core stage (Core Stage) and solid propeller (SRB) will generate 8.8 million pounds of thrust. In the first eight minutes, the four main RS-25 engines consume 733,000 gallons (2.7 million liters) of liquid oxygen and hydrogen, which are then transferred to the second stage.

It is known that the preliminary test will be carried out on the B-2 test bed at Stannis Space Center near St. Louis Bay, Mississippi. The core stage will be installed on a static flame and will not leave. 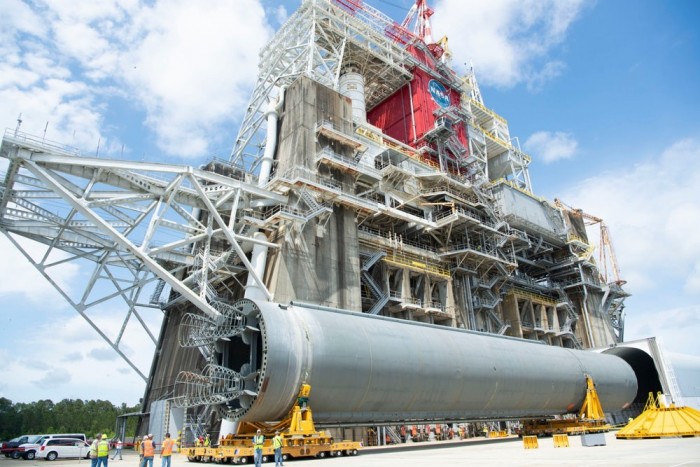 SLS's first mission, originally known as "Exploration Mission" (EM) 1, has been renamed "Artemis" 1 after NASA decided recently to name the entire lunar exploration program "Artemis". Other components involved in this unmanned mission are also in place, especially the Orion spacecraft. The spacecraft will be sent into Earth-Moon space during this flight.

The crew module and the European-built service module are currently undergoing post-test at the Kennedy Space Center, which will be assembled in the summer and then shipped to Meixi Station, Ohio, for environmental testing in August or September. The spacecraft will then be returned to Kennedy Space Center by the end of the year. Hill said Orion was "about 50 days behind schedule" and was trying to get back a little.

Related news
NASA announces a preliminary test of the core stage of the SLS rocket (Fig.)
NASA Boeing signs a new contract to send SLS rockets to Mars and beyond
NASA successfully completed the limit test of SLS rocket fuel tank, which caused the tank to crack
Hot news this week
Xiaomi's new keyboard and mouse product: keyboard can't only be used for typing
Ali, Tencent join the bureau," health code "can really replace the pass?
Opening of AMD's official store: Ruilong Limited gift box $150
Novel coronavirus pneumonia CDC may be followed by China's suspension of work and suspension of school
Here comes the 7 nm sharp dragon! Lenovo released ideapad slim 7 amd version on the US official website
"Cloud conference" is coming! Suning will broadcast Huawei new product conference live: held online on February 24
Samsung TV's global sales volume is the first for 14 consecutive years: qled is twice as big as LG OLED
Alipay's 240 thousand living materials rush to Wuhan, including 70 thousand packets of diapers / sanitary napkins, etc.
Climate change may dry up this river in the United States. Millions of people will be seriously short of water
Huawei releases new matebook d 14 / 15: upgrade amd R7 / Core i7
The most popular news this week
The whole family is in the past! Microsoft three in one office official edition experience
Baidu withdraws the lawsuit and Wang Jin responds: the one who is clear and the one who is turbid
Tesla speed up to Apple
Is it dangerous to cancel Microsoft Sony's exit from GDC Apple Google developer conference at F8 conference?
What's the direction of mobile phones in the future for vivo's new apex 2020?
Eric Schmidt thinks Silicon Valley may lose to China
Interpretation of Baidu's Q4 financial report in 2019: to alleviate the downturn in the first three quarters, it is necessary to define the growth point in the future
Why does the new crown outbreak not necessarily originate in China?
Here's a smart watch that costs only 130 yuan. It looks like an apple watch
Forbes China's 2020 Richest Women's List: Yang Huiyan First Ma Dongmin on the list