New Taptic Engine and the Touch Upgrade of the iPhone 11 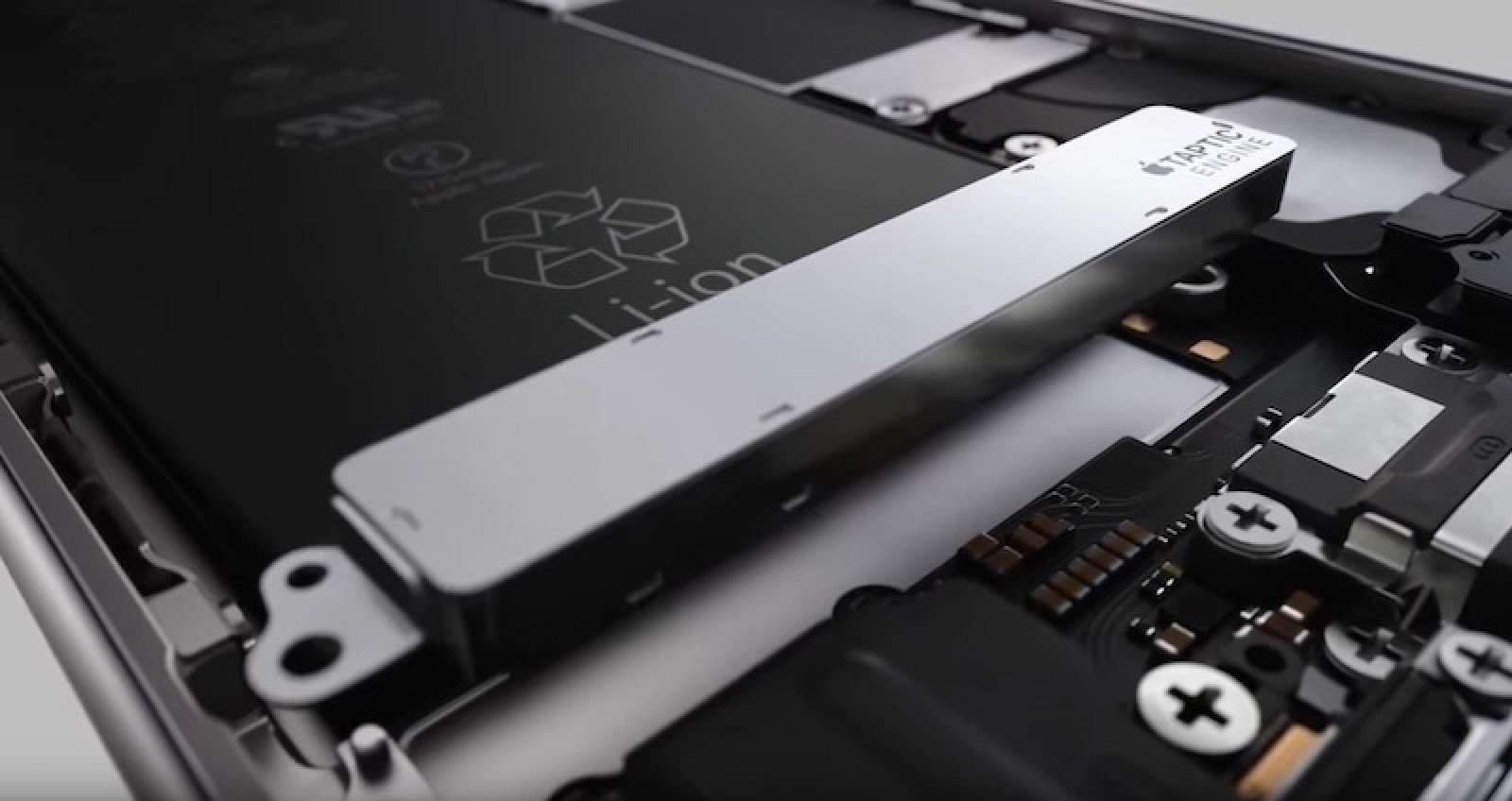 Over the past decade, our smart devices have evolved from buzzing and vibration alarms to more subtle digital touch responses. In 2015, the Taptic Engine linear vibration motor was used on Apple's iPhone 6S, marking a turning point in smartphone touch technology, bringing a deeper and more realistic vibration touch to portable devices.

Taptic Engine first appeared in Apple Watch smart watch devices. The iPhone 6S (Plus) and the iPhone 7 (Plus) also carry Taptic Engine, but previous generations are still in trial phase. Before Apple adopted Taptic Engine, it had its own evolutionary steps. Before the iPhone 6S, the main purpose of Apple mobile phone was the vibration motor of ERM eccentric rotor motor, or the actuator. During this period, the iPhone 4S (and the CDMA version of the iPhone 4) used LRA linear resonant motor.

Now there are reports that Apple will upgrade the Taptic Engine of the iPhone 11 family, and this evolved vibration motor may bring many new changes to the touch of smartphones. We can get some clues from the information available. 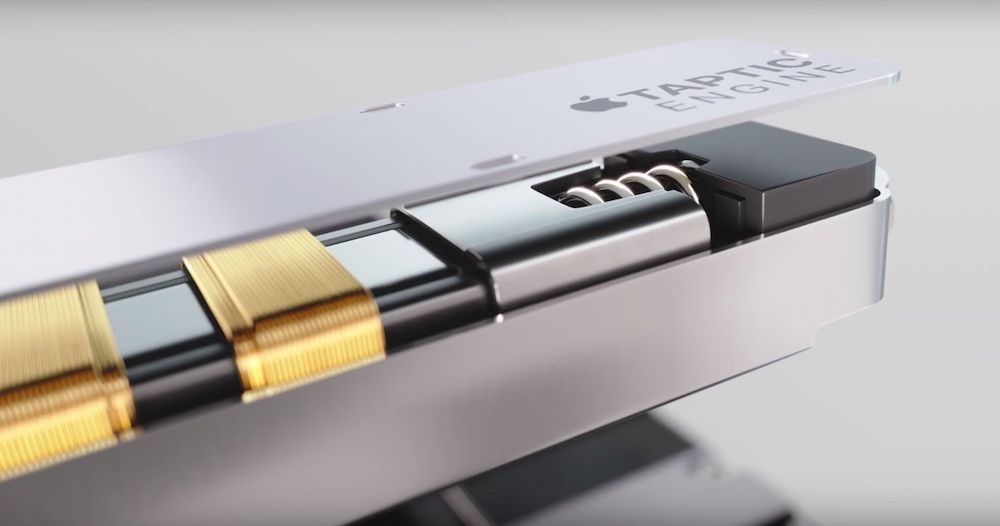 It is worth mentioning that the current explosives from foreign media and Nidec Seimitsu, the main supplier of Apple Taptic Engine, did not provide specific details about the next generation of vibration motors. In addition, Apple is more conservative in using tactile technology than its rival Android, and even avoids using micro-vibration to confirm virtual keyboard keystrokes. So the following is more about possibilities than anything definite. We hope to have more subtle touch and multi-level vibration feedback on the iPhone 11, but it all depends on how well Apple upgrades its technology.

Speaking of vibration feedback, I think modern mobile phones can find inspiration from popular game consoles. Nintendo Switch Joy-Con, Nintendo's popular mainframe, has introduced a unique tactile function called HD Rumble, which simulates various sensations, such as the jingling of ice cubes in glasses or dices in boxes, the direction of wind and water, and the direction between different objects. A different sense of impact. Behind this feature is Immersion, the world's leading tactile feedback technology company, which introduced the concept of HD tactile technology a decade ago, suggesting that it will be popular in smartphones, and has been promoting similar features in Android devices ever since. 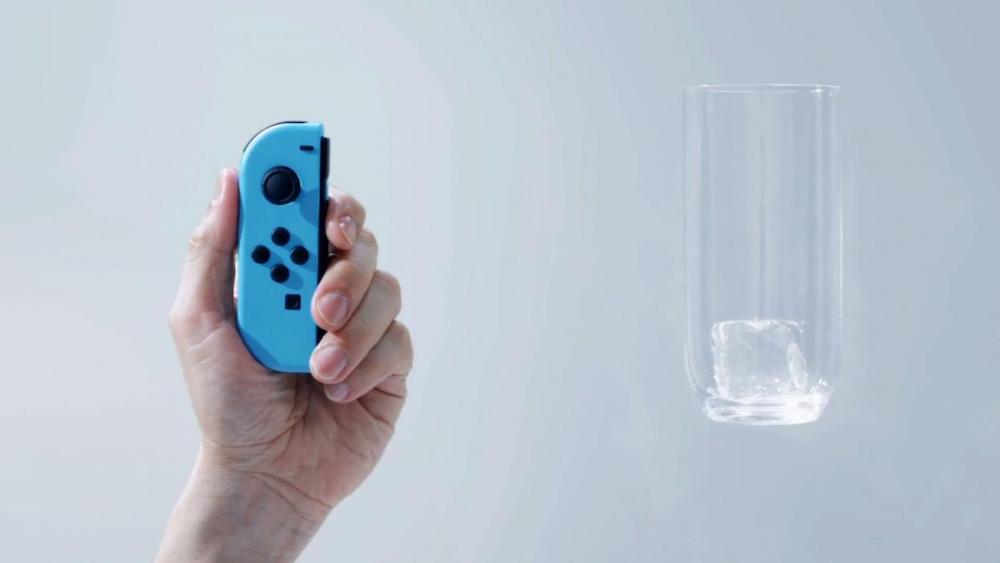 In Apple's hands, complex next-generation tactile sensations can provide a broader and more subtle range of responses to input: the sense of finger navigation when bumping, pencil scratching across paper, or simulating sound from different locations inside the iPhone. That is to say, over the years there have been signs that Apple wants to add more sophisticated tactile technology to larger-screen iPads, but that's not the case. It's said to be due to the engineering challenges of larger surface areas, but it's not ruled out as a patent issue.

2019 is destined to be the year of the iPhone without any other technological changes, and yes, even if that's frustrating, we must admit that this year may be a good time to reinvent the entire device interface with tactile feedback. Perhaps Apple is waiting for specific types of critical feedback that only the next generation of Taptic Engine can provide, or it once again hopes that third-party developers will come up with more innovative ideas.

Customize Vibration Based on App

If the vibration motor consumes relatively less power and is reliable enough, it can be used for various purposes without worrying about power consumption. This has been taken into account when Taptic Engine was made. Nidec (supplier of Taptic Engine) introduced that some of its vibration motors can vibrate with the rhythm of music and games to create an immersive experience.

In fact, Apple has consistently underestimated the vibration capabilities of Taptic Engine, which is used in devices such as the iPhone primarily to respond to input rather than as a permanent output driver (except silencing ringtones). But with more advanced components and the right support from Apple's software team, everything is possible.

Taptic Engine has been able to provide relatively low power vibrations. As an iPhone user, you may feel the "gentleness" of the new iPhone's vibrations in the last two years. Compared with other mobile phones still using traditional vibrating motors, the vibration of the iPhone does not need to be weakened any more, and it may have to be held in your hand to feel it. I feel it. On the contrary, we think that Apple can design some stronger vibrations for Taptic Engine to match some special functions, such as fast-paced games, warnings and strong announcements. With enough energy-saving, the next generation of Taptic Engine may be more willing to support a wider range of dynamics. See. 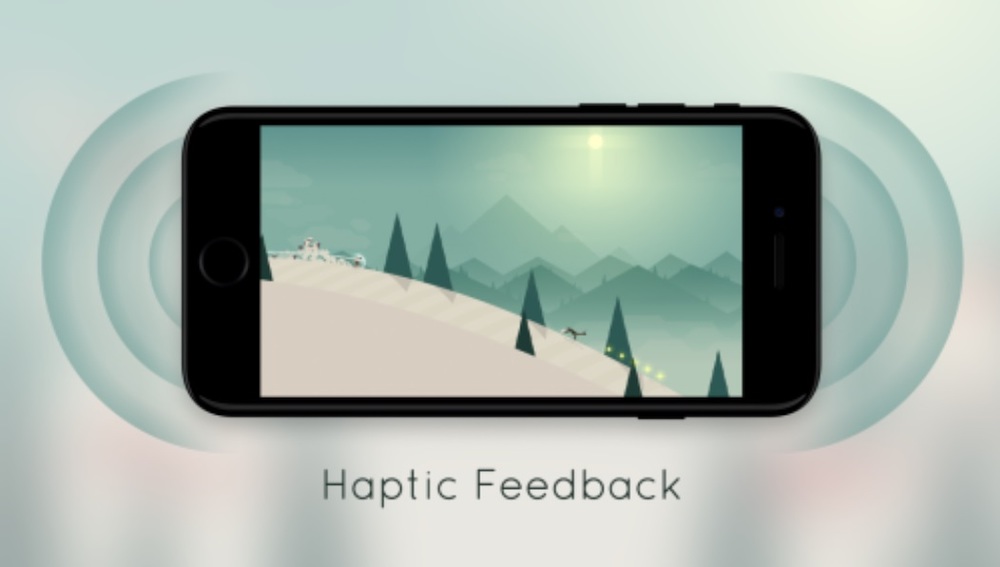 It sounds crazy, but it's not impossible. Ultra-sonic tactile systems, released by Ultrahaptics, allow people to feel vibrations in the air without physical contact with actuators - a system that has potential applications in AR and VR experiences. People perceive and manipulate the virtual objects they see through AR or VR eyes, providing up to eight independent touch points 27.5 inches away from the device, creating a complete sense of space without being tied down by the device.

Since the 9to5Mac reported that the new Taptic engine is based on "jump touch", we have a bold guess. In fact, Apple had considered buying Ultrahaptics earlier, but the company was eventually recruited by Leap Motion, a maker of MR equipment.

However, due to the size of the Ultrahaptics system and the lack of obvious value in implementing such a feature in the iPhone, this feature may be more future-oriented. Vacuum isolation vibration feedback system device is still in the experimental development stage, its current size is close to the size of a laptop, far from being able to plug into a smartphone. Moreover, even if it can be used on the iPhone, its value is still questionable: if the phone does not have an AR/VR system interface, what use do we need air touch? 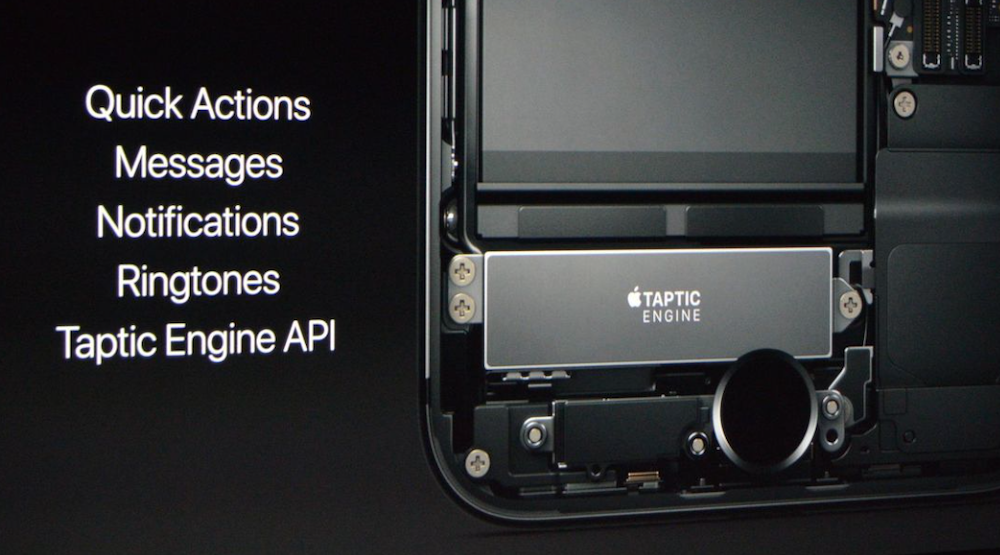 In fact, if the iPhone 11 does get a completely new Taptic Engine upgrade, the most likely innovations will be the following three: wider vibration range; more accurate or subtle collision simulation; and a variety of additional triggers customized from the system level and App. There are plenty of signs that Apple has decided to abandon 3D Touch, so there's reason to expect a big touch upgrade with the new iPhone in September.
google

Related news
Apple will launch three "iPhone 11" models including the A13 chip and the new Taptic Engine
New Taptic Engine and the Touch Upgrade of the iPhone 11
Apple replaced 3D Touch with Haptic Touch on the iPhone 11
Hot news this week
Templates for creating new Twitter in the future? Musk's praise of WeChat has triggered a heated discussion on the whole network
Tencent Music's TME live will re-screen Jay Chou's concert on may 20 and 21
Sony's new LinkBuds S headset parameter exposure: only 4.8 grams of comprehensive battery life 20 hours
Pig companies continue to increase technology, just launched the smart pig farm, another 100 million to set up a technology company
Weak demand in the mobile market! Domestic shipments of mobile phones fell 40.5% in March to a two-year low
Henan 4 village bank line cannot withdraw cash? CBRC responds! The public security organs have registered an investigation
Baidu: In 2021, an average of 56 billion malicious information of all kinds will be intercepted every year
"Chinese version of LV" is re -executed 680 million! Reporting the property clues of the chairman, up to 8.66 million yuan
Still did it! Canada has banned Huawei and ZTE from participating in the country's 5G network on "national security" grounds
The Jingdong Express bulk order sent to Shanghai across the country is completely static? JD.com: Not true No such information has been published
The most popular news this week
The domestic screens are rolled to the 2K screen. Why don't Apple follow the roll?
Apple spends a lot of money to build dinosaurs! Prehistoric Planet trailer released: Airs on Monday
The country line had dropped nearly 2K no one to buy! Apple's most non-existent new version of the new revealed helpless
The average price of AMD graphics cards is infinitely close to the original price NVIDIA still has a long way to go
B station was exposed to layoffs: involving games, overseas business, OGV and other departments
Continuous business adjustment? Ali has been exposed to many sectors layoffs, and the scale of spring recruitment has shrunk sharply
Exposure of Tencent's game business or layoff 10 %: CSIG business group has previously layoffs 15 %
Meizu 19 series coming? Meizu mobile phone appearance patent disclosure: the return of secondary screen
Jingdong crowdfunding 10000mAh mobile power supply: with Apple Lightning and Type-c dual wires
Mobile phone chip CPU energy efficiency ranking: it is comparable to A14