Huawei Lianghua: Hongmeng system is not a gimmick. It can be used on mobile phones when necessary. 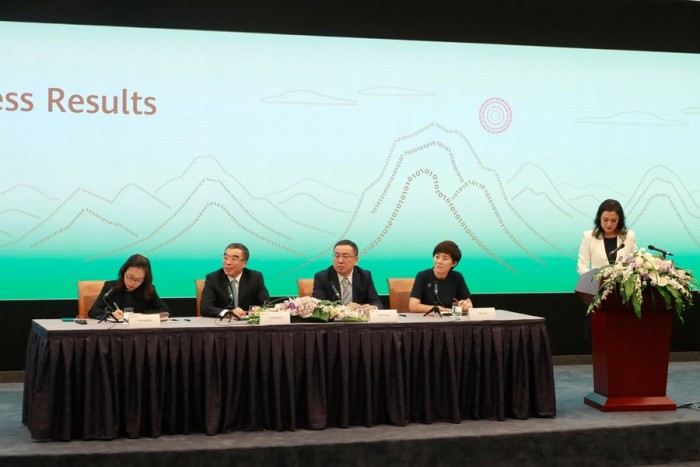 At the beginning of the "Hongmeng" operating system exposure, the industry thought it was Huawei.Mobile phoneAnd prepared. Yu Chengdong, CEO of Huawei's consumer business, said that Huawei's own system, Hongmeng, will be compatible with Android applications and will be available soon this fall.

Recently, Ren Zhengfei said in an interview with Yahoo Finance that the Hongmeng operating system is used on the Internet of Things and is not intended to be used on mobile phones. Ren Zhengfei said, "Hongmeng operating system is built for the future of Internet of Things, artificial intelligence, industrial control and driverless, strictly controlling the delay, no more than 5 milliseconds, and even as low as milliseconds and sub-milliseconds."

He said: "This system will first be used in watches, big screen ecology and car networking systems, etc., on the Internet of Things. There is no intention to use it on mobile phones. Because we have an agreement with Google, we must respect Google's achievements and efforts. If we don't get it, let's study it again. There is no such idea yet."

The argument that Huawei executives are inconsistent has also caused some controversy. In response, Liang Hua responded that the "Hongmeng" system was not used to deal with the gimmicks of negotiations with the United States. He revealed that Hong Meng was originally developed for the Internet of Things. However, if Huawei mobile phones cannot use Android, Hong Meng can also be used on mobile phones.

Related news
The new HUAWEI MateBook E evaluation: light office era self-help green paper
Hot news this week
Wechat has not done this function for N years! Use this app to make up for the defects of wechat
Gree's response to "being disqualified from winning the bid": a mistake made by the bidder in sorting out the materials
IPhone 12: it's more like throwing away the charger
Apple wants to know: what do you do with the charging head of the old iPhone?
Luo Yonghao comments on ideal one: Tesla Model 3 is not a car of a level at all
A 400-brand evacuation Facebook： the internet giant strangled?
How long can "Laoganma" carry on after winning Tencent?
ASUS main board leads Rog day fans Carnival highlights
The dotcom bubble? U.S. technology stocks surpassed their 2000 highs relative to the S & P 500
Tesla's warranty service suddenly shrinks: touch screen and media control unit halved to two years
The most popular news this week
NVIDIA market capitalization surpassed Intel： for the first time as North America's largest chipmake
Facebook removed accounts associated with Republican agent Roger stone
Google says the official version of Android 11 is due to be released on September 8
LG display may postpone pozhou 10.5 generation OLED production line indefinitely
Just two years after the cell phone was used, it crashed? Is there anything fishy behind this
The biggest obstacle for domestic chips is not photolithography: the real weakness is determined
Arm China's 32-bit embedded processor IP "Star" has 7 projects
Sources say the U.S. Department of justice is conducting a criminal investigation into wirecard
Google Chrome browser status_ Access_ Crash due to violation error
LGBTQ community Blue City brothers once soared more than 124% in the market