Goodbye Excel! I have open sourced an artifact-level IDE that is deeply integrated with Python. 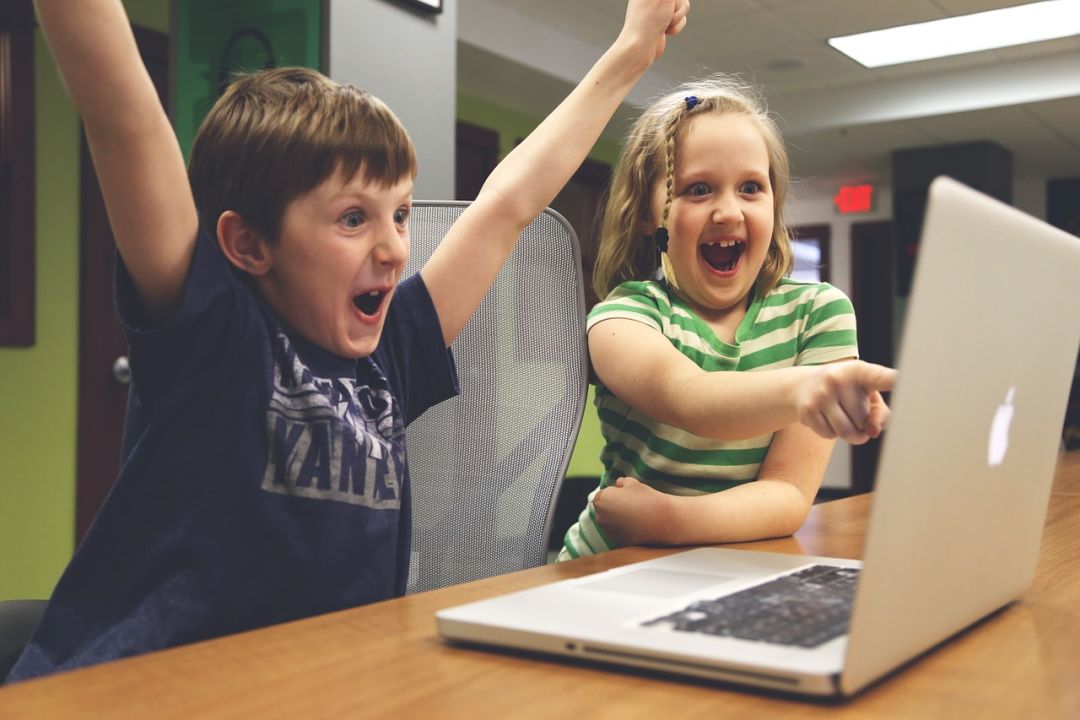 This is an open source spreadsheet application that is deeply integrated with Python, web-based, and doesn't need to switch between tools for most professional work scenarios. The evaluation of it is only Wow awesome, amazing!

A foreign brother named Rick Lamers has open sourced a web-based spreadsheet application that is deeply integrated with Python. 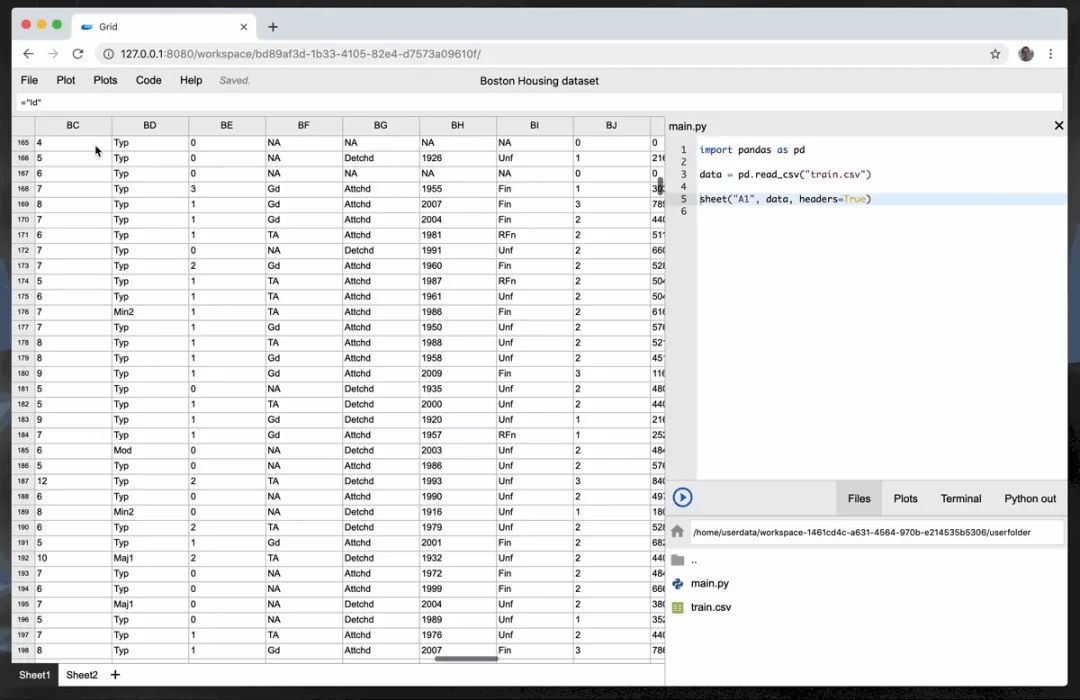 How many cattle in this open source project? If you're constantly working with Excel, R Studio, and Python and switching between apps, it's perfect for all your problems. This is an artifact-level IDE that programmers can use, operate, use, and finance.

The main problem that Grid Studio has to solve is how to cut through the various tools (such as R Sudio, Excel) when developing a data science project, because the experience is too bad.

When exporting a CSV file, the application window is not responding because there are too many rows or trying to read a JSON file. Existing tools do not provide an efficient development environment and workflow.

So Rick decided to develop a tool that integrates his workflow to easily handle projects.

Grid Studio is a web-based application that looks a lot like Google Sheets or Excel. However, its killer feature is deep integration with Python.

You can use it to view and edit the data of the table structure directly, or you can write and execute Python code directly on it. 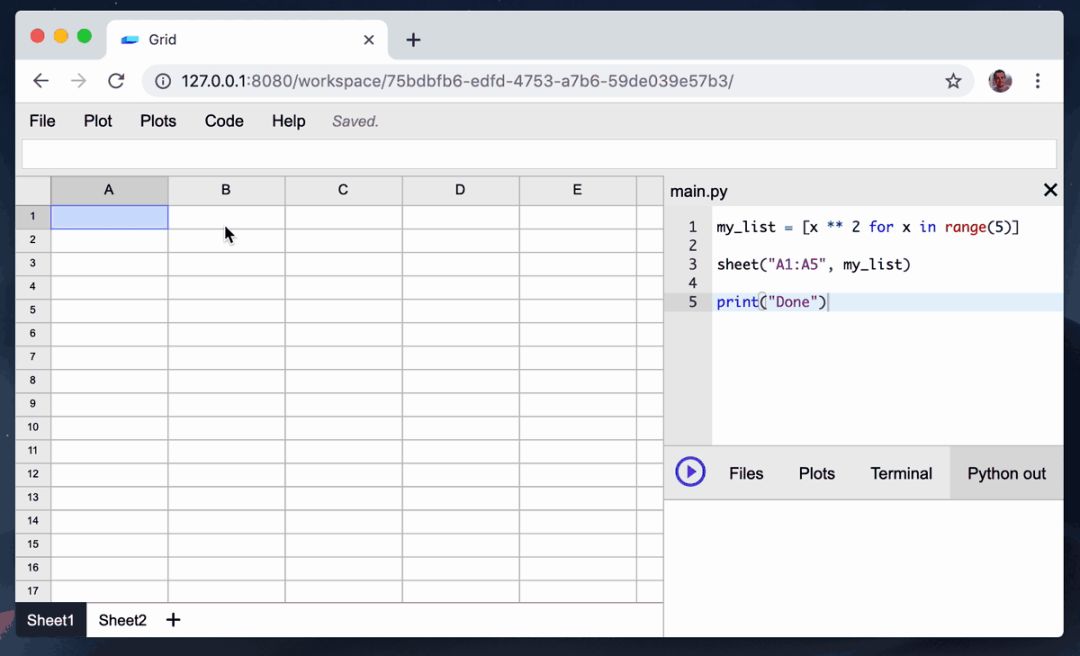 You can read and write spreadsheets directly from Python in Grid Studio.

To write data to a table, you can do this:

To read data from a table, you can do this:

Although the above read and write functions can already meet many requirements, sometimes you need to write custom functions and then call them in the table.

Grid Studio supports common table functions by default, such as AVERAGE, SUM, IF, and so on. But what if you want to use other functions?

You can then call this function in a table just as you would a regular function.

Powerful models such as linear regression and SVM can be easily used with these tools.

Grid Studio runs in a Docker container and provides easy access to things in the UNIX environment (or even Windows!): Python, scikit-learn, numpa, pandas, terminal, wget, zip, and more.

Grid Studio provides pre-built Docker images that can be launched from a simple command line. 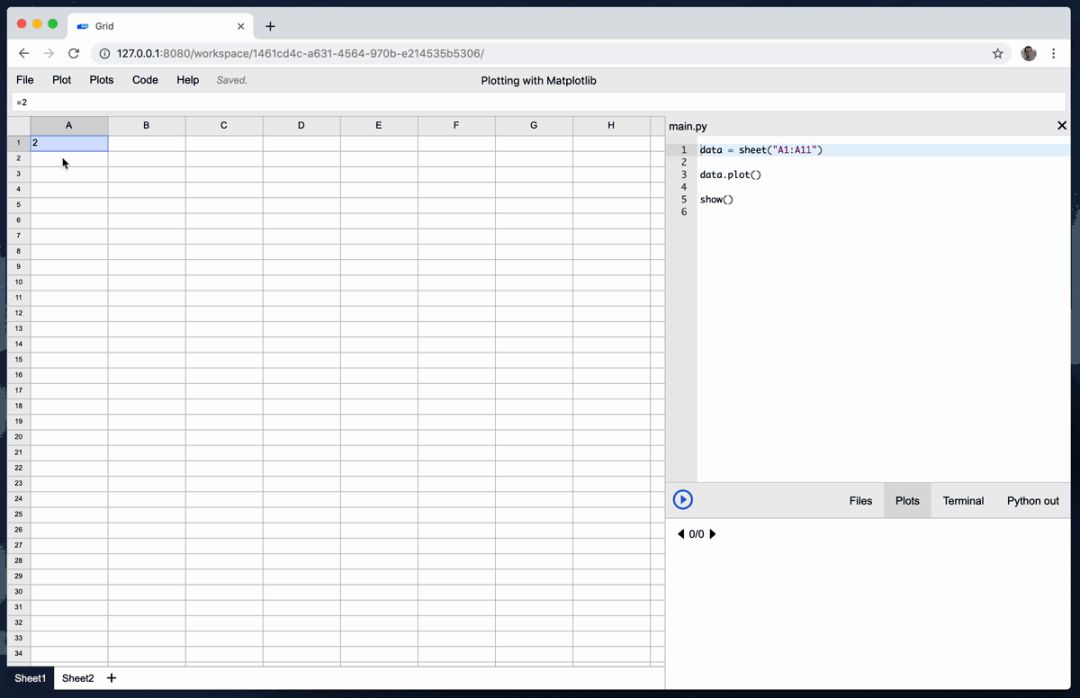 To demonstrate the capabilities of Grid Studio, there are some specific examples.

Previously crawling web content may require switching between various tools, and now only one script is enough. 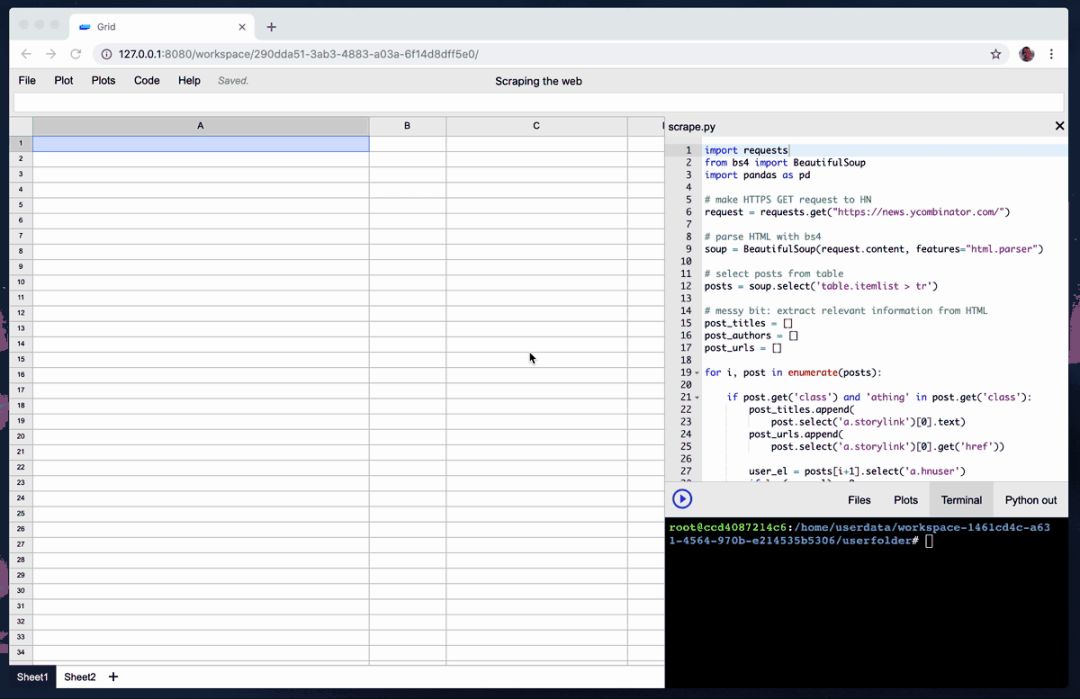 In the example above, a short script loads the articles from the Hacker News website directly into the table.

This example demonstrates the use of Plotly.js for high-security true-state distribution estimation, and interactive plotting lets you see what's going on at a glance. 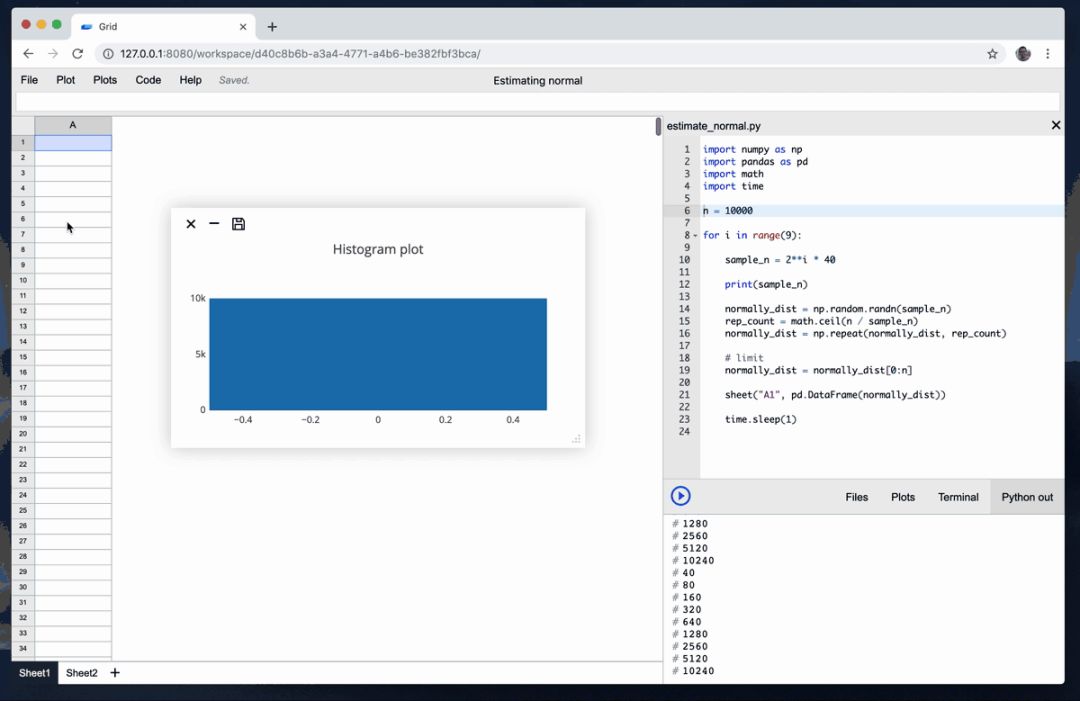 Although Rick originally wanted to turn this tool into a commercial project, he decided to open source it so that everyone could use it, and it might be developed by a small group of data enthusiasts from the community.

In the early days of developing this tool, he found that many projects offered similar functionality.

First, there is a plugin called xlwings (https://www.xlwings.org/) that integrates Python directly into Excel. Although it doesn't really integrate spreadsheets and Python into a single product, it does provide a complete Excel development environment for users.

Second, Python has moved from IPython to Jupyter Notebooks, providing a good development environment for data scientists. Although it still lacks spreadsheet functionality, it is still attractive to junior data scientists.

In general, if Grid Studio is made into a commercial project, it will compete with these open source products, so there will be no advantage in price. Rick believes that Grid Studio offers some unique features that will make it the perfect choice for some scenarios.

Bruh, this is amazing. You should sell this shit are you kidding me?!

Brother, this is too cow, you should sell this stuff, (open source) is teasing me?

As a heavy excel user who despises vba, this looks amazing

As a heavy user of Excel who despise VBA, this is too big.

I showed this to my brother, who's not a programmer, and he said "holy shit!". Well, it's impressive. Good job!

I showed this to my brother who is not a programmer. He said: I am going, too cow, and doing beautiful!

In addition to the uniform wow awesome, amazing praise, the developers also made a lot of improvements, and said that they can join the community to optimize this tool. Version and development plan

Grid Studio is now available for download from GitHub.

How to use Grid Studio?

3. Open in your browser