Verizon currently focuses on the use of high speed but relatively short distance mmWave technology, which means that its 5G network is currently only available in specific locations in the city where it is launched. Providing 5G networks in half of the US will require Verizon to significantly increase the availability of 5G networks in its already-launched 5G service cities, as well as launch 5G networks in new cities.

In today's earnings conference call, Vestberg defended mmWave, saying that Verizon's goal is to provide a "change experience" by offering a variety of high speeds that only mmWave can offer. However, he said that Verizon will launch DSS next year to help expand the company's 5G coverage. DSS is a technology that allows operators to share spectrum between 4G and 5G users, which means that the same spectrum segment can serve both devices. Verizon can then provide a broader coverage for its emerging 5G users without worrying about cutting a lot of 4G customer access.

By 2024, the delivery of 5G services to half of the population will require more 5G equipment. Verizon currently only sells three 5G devices:LGV50 ThinQ 5G,SamsungGalaxy S10 5G and Motorola Moto Z4, Moto Z4 and 5G Moto ModAccessoriesWith the use of. Other manufacturers are expected to launch 5G devices in the next few years. E.gappleThree 5Gs will be launched in 2020iPhone.

Prior to today's earnings conference call, Verizon brought its 5G network to four other US cities, bringing the total number of US cities accessing its next-generation network to nine. The company said it expects to launch 5G in more than 30 cities by the end of this year. 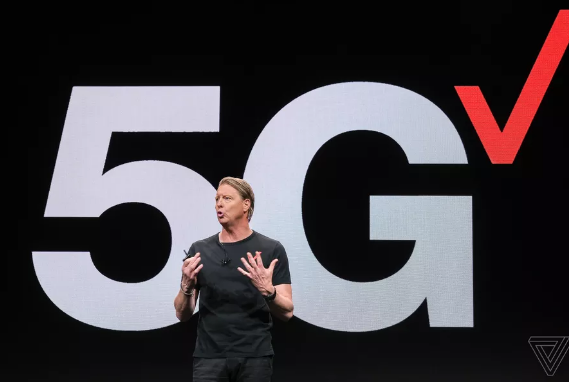 Related news
Verizon CEO said that half of the US will receive 5G services next year
Verizon provides 5g network coverage for a number of large sports venues in the United States
Verizon: 5g millimeter wave will eliminate the need for public WiFi in most environments
Verizon will launch 5g service in the U.S. this fall to synchronize with the new iPhone
Verizon launched a national 5g service in the US at the end of the year: preparing for the new iPhone
Hot news this week
||||||||
Samsung Galaxy note 20 exposure: S20 ultra with s pen?
TSMC's 5nm process performance is improved by 15% and the performance of AMD Ruilong 5000 processor takes off
The dark mode of IOS wechat online: is it "advice" to apple?
Tencent urgently launched the international version of Tencent conference voov meeting to compete with Microsoft and other companies
The Institute of Psychology of the Chinese Academy of Sciences and Tencent set up a psychological assistance platform to help psychological reconstruction
When Wuhan Optical Valley returns to work: Internet enterprises can apply for resumption of work and production, which shall be approved
After 00, the performer Ouyang Nana entered Taobao: the annual salary of millions is P8
Affected by the outbreak Microsoft Edge browser stabilized version suspended updates
Is it too troublesome for wechat QQ to forward documents? 14K gadgets are ready in a flash
The most popular news this week
RMB 2800 LG released 27 inch 240Hz IPS display: response time 1ms!
Amd ryzen 9 4900hs run point exposure: comparable to desktop ryzen 5 3600 (Figure)
New retail pressure behind Xiaomi's layoff
Reuters: 5g iPhone 12 mass production delayed
Samsung Galaxy fold 2 exposure: higher screen share, more extreme
ZTE AXON 11 hand :168 g/7.9mm 2698 yuan pull down 5 G threshold
Firefox still retains a lot of code from Netscape
VW CEO says there is no revenue loss of 2 billion per week outside the Chinese market
Google realizes more efficient NLP model pre training with Electra
HuaweiP40 release: with HMS hard-core google, no price increase to grab the global high-end machine market