In line with the tide of the times, China has invested a lot of resources in CRISPR technology, and has rapidly developed into one of the major CRISPR countries in the world. Here, agriculture and medicine are the main frontiers of their applications. 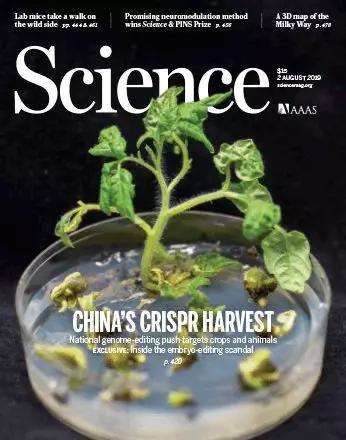 This special issue has also been introduced to the cover of Science (photo source: science official website; Syngenta Beijing Innovation).

Under the galloping, it is easy to lose focus. When it comes to CRISPR applications in China, many people focus on ethically controversial negative news without realizing that these cases are not really representative. With the help of the Pulitzer Center (Pulitzer Center), the writer Mr. Jon Cohen visited five CRISPR cities in China and summed up what he had seen and thought into five articles, published in today's Journal of Science in the form of a special issue.

When it comes to the application of CRISPR in China, agriculture is undoubtedly the top priority. According to statistics, China has the largest number of CRISPR agricultural application papers in the world, twice the number of papers.

In a special paper on agricultural applications, Mr. Jon Cohen pointed out that about 20 research groups in China are trying to use CRISPR technology to edit the genes of crops in order to bring about better traits. Li Jiayang, former president of the Chinese Academy of Agricultural Sciences, pointed out that this is largely due to the huge population of China: "Our natural resources are limited, but we need to feed 1.4 billion people." He said in an interview. In his view, the ideal crop should have a high yield and not need to use too much fertilizer and pesticides. Best of all, these crops are naturally tolerant to pests and diseases, as well as to salinity and drought.

Gao Caixia, a researcher at the Institute of Genetics and Developmental Biology of the Chinese Academy of Sciences, is one of the pioneers of this practice. Before reading about CRISPR, her research group used TALEN technology (another gene editing technique) to modify plant genes all the year round. "We were proud to have knocked out more than 100 genes with TALEN," she said. "you'd think, it's a new technology. Shall we try it?"

Soon, her team achieved conceptual verification success. In rice, the researchers successfully modified the gene. Next, using CRISPR technology, Gao Caixia's research group successfully modified a powdery mildew (po) in wheat.Ery mildew, the allergenic gene, has brought important breakthroughs! This is because the wheat genome is almost six times the size of human genome and has six sets of chromosomes. Some experts pointed out that it would be a nightmare for breeders to use traditional cross breeding methods to obtain good traits, even if it was not an "impossible task".

Earlier this year, the Academic Longitudinal and Weft team reported on researchers'work on single base editing of the wheat genome (photo source:Nature Plants)

In successful cases, we also need to be aware that there is still a long way to go to the end. In scientific research, scientists need to break through the bottleneck of low success rate - to introduce new genes, the industry's success rate is about 1%; and some CRISPR technology will bring serious miss-target effect, resulting in unexpected consequences, which need to be solved urgently. In addition, there are regulatory challenges to see genetically modified crops on the market.

At the end of the paper, Mr. Jon Cohen asked how long it would take for a new crop to move from laboratory to commercial cultivation if the CRISPR-modified crop turned the green light on regulation. "Six months." Gao Caixia, a researcher, answered.

Animal models play an important role in disease research. Among them, the non-human primate model has its special status. Mr. Jon Cohen pointed out in a special article on CRISPR technology for animal models.At least four groups of research teams in China are editing monkey genes on a large scale, thanks to an active research environment.

"The culture of this country attaches great importance to science and technology." Professor Jennifer Doudna, one of the pioneers of CRISPR technology, commented. Another overseas biologist joked that their team had transplanted about 10 monkey embryos. Chinese scientists can routinely transplant 50 to 100 embryos with the same genetic editing. Because the success rate of related research is not high, the number is often the guarantee of success.

Today, we have many genetically edited monkey models, including autism models and models of biological rhythm disorders. 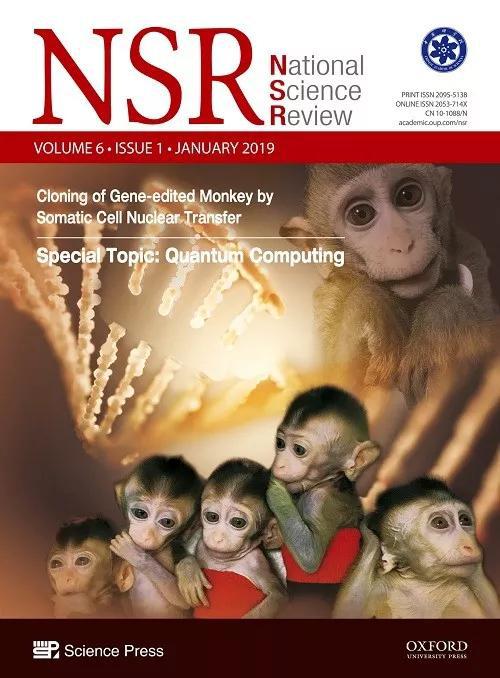 In January this year, the Institute of Neuroscience of the Chinese Academy of Sciences reported a rhythmic monkey model (Image Source: National Scientific Review).

Besides monkeys, there are dogs, mice, rats, rabbits, and pigs on the list of gene editing using CRISPR. Researchers expect these studies to lead to disease-resistant animals or potential medical applications. However, up to now, most animal studies have remained in the stage of concept validation and have not been translated into potential therapies.

In these studies, one of the potential directions of clinical transformation is xenotransplantation. Mr. Jon Cohen's paper points out that China is facing a serious shortage of transplant organs - about 300,000 people are waiting for organ transplants, while only 10,000 are available. But through CRISPR technology, we can make pig organs safe and beneficial to patients.

But it's not easy. To solve this problem, Kaixin Biology in Hangzhou cooperated with eGenesis in Greater Boston, USA. To ensure safety, they first used CRISPR technology to knock out endogenous retroviruses in pig organs. These viruses, which exist in the pig genome, pose potential hazards to the human body. Other scientists have pointed out that if we want to make humans use pig organs, we need to consider the problem of immune rejection besides viruses. They estimate that at most 20 genes need to be knocked out. At present, people can only knock out four at the same time.

However, researchers are making rapid breakthroughs in this direction. It is estimated that next year scientists will try to transplant pig organs in monkeys. Human trials will not be on the agenda until the key research is successful.

But in academia, a negative news often overshadows a lot of positive developments. After the birth of the baby edited by CRISPR gene, the whole academic community from China suffered different degrees of criticism. "All the news is about how Chinese scientists are, without emphasizing that this is an individual." Wang Haoyi, a researcher at the Institute of Zoology, Chinese Academy of Sciences, said. An unfortunate incident solidified the stereotyped impression that Chinese academic research is "disorderly".

Yang Hui, a researcher at the Institute of Neuroscience, Chinese Academy of Sciences, published an unpublished paper (now published, clickable) to the public the day after the explosive news, which is rare in the industry. In the paper, Yang Hui pointed out that a single base editor would cause serious accidental miss-distance effect, so there are risks in its use. In a related article, Mr. Jon Cohen pointed out that Yang Hui wanted to make the world understand that Chinese scientists would also do positive research. "We want to bring safer gene editing tools to patients." Yang Hui said.

Related news
Science "persuasive retreat": reading Bo pressure mountain, it is time to drop out of school
Chinese scientists protest against the scientific research environment in the United States. "Poisonous," Nature and Science speak out!
AI has captured many people and has re-entered Science, training costs $150, and wins 1,000 knives per hour.
Special issue of Science: restoring Real CRISPR in China
Science paper confirmed: "Gay genes" does not exist! Genes cannot predict homosexual tendencies
The United States will conduct CRISPR human clinical research to turn the "Pandora's box" into a "hanging pot for the world."
Chinese scientists Science > they want to answer Einstein's questions.
Hot news this week
Wechat has not done this function for N years! Use this app to make up for the defects of wechat
IPhone 12: it's more like throwing away the charger
Gree's response to "being disqualified from winning the bid": a mistake made by the bidder in sorting out the materials
NASA's face touching Necklace: vibration warning to prevent the spread of new coronavirus
Microsoft official free data recovery tool windows file recovery experience
Apple wants to know: what do you do with the charging head of the old iPhone?
Amazon cancels disposable plastic products in India
Luo Yonghao comments on ideal one: Tesla Model 3 is not a car of a level at all
Tencent magic change Yang surpasses video self mockery: I'm a simple and honest fake spicy sauce lost 16 million
A 400-brand evacuation Facebook： the internet giant strangled?
The most popular news this week
Tencent PK old Ganma: the storm is suspended, the question remains
Windows 10 new start menu design more information exposure
Behind Intel's "out of stock" wave: is it really a false alarm?
The new work movie starring Zhen Zidan will start shooting: game adaptation and customization of "hot blooded scoundrel"
Facebook boycotts extended suspension of advertising by Canadian banks
NASA releases new structure design test video of SLS rocket
Microsoft will start pushing a new version of edge to more windows 10 users
India's new e-commerce regulations curb Amazon, Google and other local hegemony
France :Huawei5 G devices are not completely banned but operators are encouraged to "not try"
Compare the new iPhone Se and 7! 5.4 "iPhone 12 model exposure: too fragrant