After that, I want to sell in Amazon.appleThird-party resellers of the product must first apply for Apple Authorized Reseller status and need to renew their sales eligibility with Amazon. 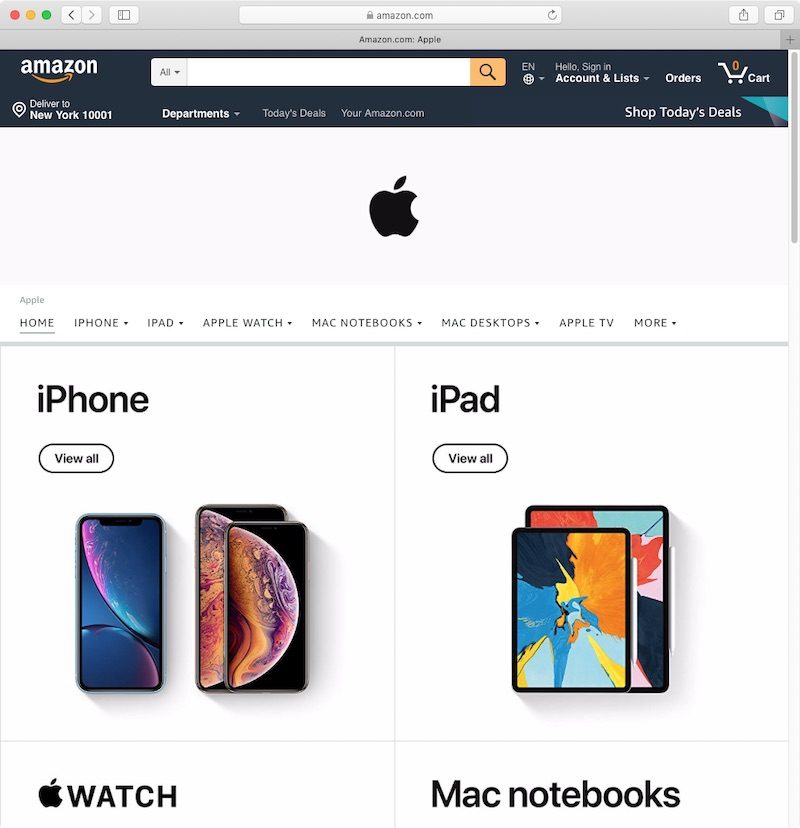 According to foreign media reports,

At present, the US Federal Trade Commission FTC has begun to intervene to investigate the sales agreements of the two technology giants, but did not mention whether the investigation is related to antitrust.

The report pointed out that FTC lawyers recently contacted a Minnesota Amazon seller John Bumstead, who previously sold it in Amazon.MacBookUntil the new policy was implemented, he had to withdraw his goods in Amazon.

John revealed to Verge that they wanted to find out how Amazon's sales list works on eBay. I have detailed the list of Amazon. In fact, you don't need to create a list yourself. You only need to label the existing products. "If the item is removed, it means they no longer allow you to sell the product. Amazon allows certified merchants to resell another (apple) item and then ban all others from selling it"

Since being squeezed out of Amazon, Bumsted has been clamoring that a large number of low-cost refurbished or used Apple products can no longer be offered through Amazon, reducing consumer choice. Apple may argue that this will reduce the supply of counterfeit products to protect consumers. But despite the entry into force of the agreement, Apple has not made any formal comments on this. Foreign media believe that the agreement between Apple and Amazon can easily become the investigation target of antitrust accusations. However, the FTC has not disclosed any views on this investigation and it is still necessary to observe further actions.

Related news
U.S. Department of Justice and FTC reach an agreement to increase anti-monopoly review of Amazon
The US government reached an anti-monopoly division: FTC monitors Amazon, the Ministry of Justice is responsible for Google
Apple and Amazon's sales agreement or monopoly FTC lawyer is investigating the matter
Us FTC:, we repair the technology monopoly giant will not punish some money.
Hot news this week
Britain and China are discussing involving Chinese enterprises in the construction of high-speed rail in the country
New patent exposure of magic mix alpha millet: screen accounts for over 100%
Foreign netizens talk about Xiaomi 10: half cheaper than Samsung S20 with similar configuration and reasonable price
Data shows that global wafer production capacity is monopolized by Samsung TSMC and other manufacturers
Huawei: no cooperation with crypto Ag and other companies under the control of CIA
100% full screen? Samsung Galaxy note 20 first exposure: or in July
Global wafer capacity is monopolized by Samsung TSMC and other domestic CPUs / memory, which is too difficult
Amazon employee No.1: the giant is unstoppable, but there is evidence for the split
Xiaomi 10 series international edition will be postponed after MWC is cancelled
Alipay combined with a number of service providers push support plan catering businesses can get free online business services.
The most popular news this week
Google pixel 5 XL exposure: top border width is greater than bottom border
Huawei releases the best 5g network: the first 800g module reduces 5g power consumption by 20%
Lei Jun reveals Xiaomi's 1.1 billion pixel photo of the earth: collection and private photo release
Support 50W fast flash charging Xiaomi mobile power supply 3 super flash charging version evaluation
China's export of auto wiring harness cannot be supplied: Hyundai plant only started one day and announced to continue to shut down
Huawei releases "5G Best Web "solution Base station power can be reduced by more than 15%
Internet medical beauty platform "more beautiful app" sued by actor Qin LAN: apologize and compensate 50000 yuan
Amd announces the secret of 7Nm zen2 "small chip": reduce the manufacturing cost of 64 cores by 50%
US scientists announce the key step to create the first new coronavirus atom map for vaccine development
Huawei announced 91 5g contracts and will invest 20 million US dollars to support 5g applications