NASA has found another "super earth". Is it really suitable for living? 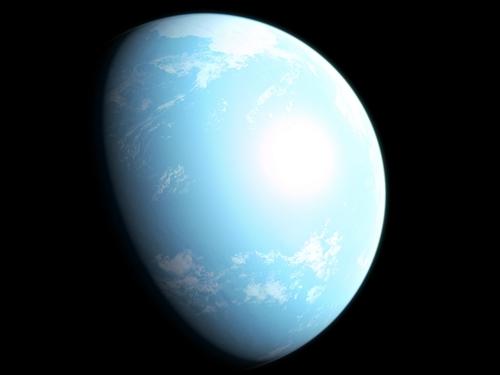 A conceptual map of the GJ357d planet made by astronomers. Image source: NASA official website

Located in a livable zone, may have liquid water

The scientists named the "super-earth" as GJ357d, which is at least 6.1 times the mass of the Earth, and runs around a star that is much smaller than the sun, running every 55.7 days.

Diana Kossakowski, a team member who discovered the new planet, said that the GJ357d is at a suitable distance from the star, and that the received star energy is about the same as the amount of solar energy received by Mars. This means that if the planet has a dense atmosphere, its surface temperature will be suitable for the retention of liquid water, which in turn will give birth to life.

However, if the planet has no atmosphere, its surface temperature will be about minus 53 ° C, well below the freezing point of water.

Although there is no confirmation of the existence of the atmosphere in the planet, Lisa ·, an associate professor of astronomy who led the research, said: “This is very exciting, because this is the first possible life that humans have discovered nearby. Super Earth & rsquo;. & rdquo; She said that the telescope that will be put into use in 2025 may provide us with more information about the planet. 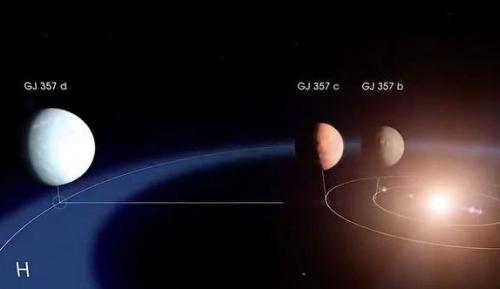 Can become a human "immigration station"?

As Professor Curtin said, “If the GJ357d shows signs of life, it will be the first item on everyone's travel list. ”

Indeed, in the universe, humans have been searching for a similar existence to the Earth. However, even if there is life on the GJ357d, the distance of 31 light years is still a distance that cannot be crossed for the current human.

It is understood that the fastest launching spacecraft is the "New Horizon" detector. The speed is about 58536 kilometers per hour. At this rate, it takes nearly 600,000 years to run 31 light years. Therefore, many netizens said that don't think about interstellar immigration, or protect our planet!