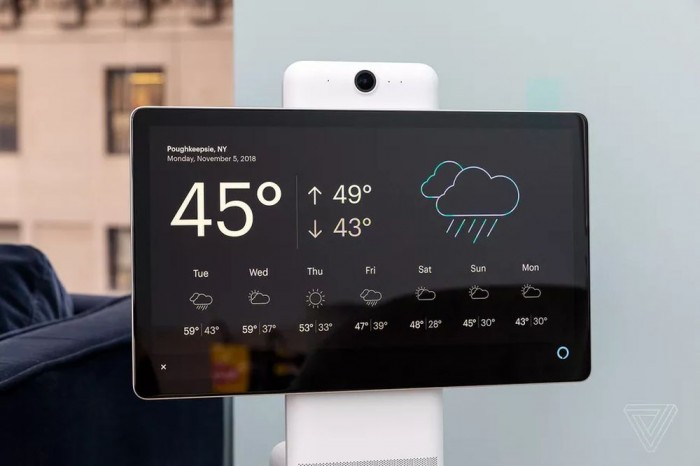 In foreign mediaCNBCThe latest report outlines the behind-the-scenes story of the company's mysterious hardware division, Building 8, and how it has worked hard to develop its own hardware products to compete with companies such as Amazon and Google.

Building 8 is full of Facebook's whimsy, such as allowing users to type through their ideas; for example, modularityMobile phoneAnd the video communication device that has finally programmed the Portal. In 2015, Facebook recruited former DARPA and Google technologist Regina Dugan to manage the department, but she left after only 18 months of work. In December 2018, Facebook eventually disbanded the hardware department and moved its people and projects to other parts of the company.

In the CNBC report, the rise and fall of Building 8 was described in detail, describing the challenges for Facebook and the reasons for the final dissolution of the department. And some interesting details are revealed in the report.

Shortly after Amazon announced the launch of Echo speakers, Facebook began to take an interest in home-based assistant devices, so Dugan was recruited to help the company achieve some hardware ideas. One of the projects is Portal's predecessor, codenamed "Little Foot," which always faces someone in the room.

In the report, the secret nature of Building 8 caused some dissatisfaction between the department and other departments within the company. First, the department had a very adequate budget, and the selected staff allowed access to a variety of early prototypes like Portal and Project Sequoia (computers similar to holograms), and they were escorted throughout the journey. Those who are invited to visit Building 8 will receive a metal plate that will be processed on-site as a bottle opener and will deliver a bottle of beer to the visitors.

Another problem is that Facebook has set a more stringent timeline for these hardware products. The company hopes that Building 8 will be able to release the first product within one year. This seems to be the reason why Dugan has withdrawn from the company. When Facebook asked Andrew "Boz" Bosworth to take charge When her hardware worked, she also left after a few months.

And the problem is not just that. Former employees told CNBC: "When it comes to technical decisions, Bosworth has barely provided any direction." More importantly, Facebook was plagued by a privacy scandal in March 2018, prompting him to postpone the release of Portal. And “rethinking the design.” The device was finally announced last October and released in November.

Despite the turmoil, Facebook is still developing various devices. It is clearly developing a new version of the portal - including a rumor device called "Ripley", which is clearly a camera that can be installed on a TV, turning it into a larger Portal device that the company originally thought of.

Continue to Facebook's device codenamed "Catalina", will use Portal's video calling technology, Portal is Facebook's previously launched smart speaker device with a screen. Like the set-top boxes like Apple TV, this device will be equipped with a physical remote control and a video streaming service.

Facebook is currently negotiating with Netflix, Disney, Hulu, HBO and Amazon, hoping to bring video streaming services from these companies to new devices. According to The Information, it is unclear what progress Facebook has made with these media companies.

In addition, the company is developing a brain-computer system. The company has been working with a number of universities, including the University of California, San Francisco, to study whether electrodes placed in the brain can help us learn how to decode brain waves in real time and convert them into speech.

Related news
Why is Facebook's mysterious hardware department Building 8 dissolved? Foreign media in-depth report (Figure)
Hot news this week
||||||||
Samsung Galaxy note 20 exposure: S20 ultra with s pen?
TSMC's 5nm process performance is improved by 15% and the performance of AMD Ruilong 5000 processor takes off
The Institute of Psychology of the Chinese Academy of Sciences and Tencent set up a psychological assistance platform to help psychological reconstruction
When Wuhan Optical Valley returns to work: Internet enterprises can apply for resumption of work and production, which shall be approved
Celebrating Hubble's 30-year launch of NASA's "birthday universe" special page
The top scientist returned to China after the U.S. investigation to develop a new rapid detection method for coronavirus
AXON 11 ZTE 5G release: from $168 g/7.9mm 2698
wechat "dark mode" hot eyes? These six new features are the real fragrance!
HuaweiP40 release: with HMS hard-core google, no price increase to grab the global high-end machine market
The most popular news this week
Microsoft is playing a bit big! Several new features of win10
Cdpr community manager praised "ancient swordsman 3" and replied that he liked their game very much
Zhejiang Jiaxing issued 200 million yuan of consumption bonds, of which 150 million yuan was deducted through wechat payment
Sinopec no longer imports more crude oil from Saudi Arabia? Official denial
453 million in two and a half days! Hangzhou Alipay consumer coupons boost consumption strongly
Zoom not only shows the original meaning of technological innovation in Huawei P40 series
The 10th anniversary of NVIDIA Fermi architecture
Huawei Ai Wei: the history of qualitative change caused by quantitative change will reappear in the computing industry
Infected new crown pneumonia to take medicine for life? WHO think China's new crown outbreak of the second outbreak?
They all say they are image flagship. Why is Huawei's P40 series really the only one?