Regina Dugan (Regina Dugan) was vice president of Facebook. During her relatively short tenure, Dugan used to hold group meetings every Monday to start a week's work. On Oct. 17, 2017, a year and a half after she ran Facebook's advanced project laboratory, Building 8, she held weekly routine meetings as always.

Only this time, she wanted to announce an important news. The Silicon Valley veteran engineer and executive, Dugan, who worked at Google for four years, was tearful, telling dozens of people that she planned to leave the company and explore new ideas alone, recalls a former Building 8 employee.

Such news is unexpected, not only because Dogan has only been in office for 18 months, but also because Building 8 is the backbone of Facebook's involvement in hardware. You know, CEO Mark Zuckerberg is eager to make a breakthrough in hardware. When he announced his hiring in April 2016, Zuckerberg said Facebook would "invest hundreds of millions of dollars in the new project and form a team of hundreds of people in the coming years."

Dugan's resignation is a huge setback for Facebook. Facebook is constantly looking for entry points in hardware, while other technology competitors such asAppleGoogle, Amazon andMicrosoftThey have found their own ways to success, or through popular consumer electronics products such asIPhoneandXboxOr streaming media devices and voice assistants like Amazon and Google.

In December 2018, just two and a half years after the project was launched, Building 8 was stripped, and its core team is now part of the Portal project. Building 8's only publicly available product is a video-enabled device, but it has never gained enough momentum in a highly competitive market. 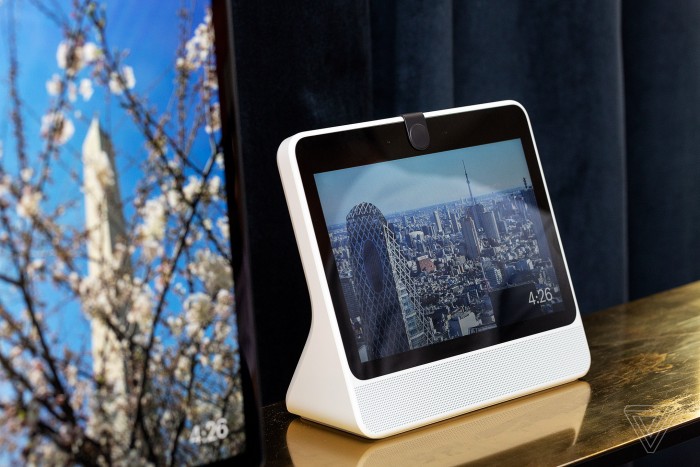 Building 8's experience highlights Facebook's core dilemma: the company wants to diversify its revenue beyond mobile advertising, which currently accounts for 93% of total revenue, and expand into the expensive business of developing, manufacturing and selling consumer devices. Programming is Facebook's DNA, but the company's hacker culture is often hampered by the harsh reality of hardware development. Hardware development requires a long period of return on investment and partnerships with a wide range of manufacturers and retailers, all far beyond the core of Facebook.

In addition, as the company continues to develop Portal vigorously, Facebook has to deal with a series of privacy scandals followed by a collapse of consumer trust, which makes it difficult for the company to convince consumers to buy Facebook-made cameras for their living rooms.

Too many profit opportunities are close but fleeting. According to a January report by Research and Markets, the smart home market, including speakers and entertainment devices, is expected to generate revenue of $151.4 billion by 2024, up from $76.6 billion last year. The analysis lists more than 30 companies as potential key businesses, but Facebook is not among them.

The rise and fall of Building 8 suggests the challenges Facebook faces in hardware. For this report, CNBC interviewed more than a dozen former members of the Building 8 team. Respondents were asked to remain anonymous because they were not allowed to talk openly about their work experience.

Dugan declined to be interviewed for this report.

A leader of vision

Dugan received his PhD in Mechanical Engineering from Caltech, then worked for the Defense Advanced Research Projects Agency (DARPA), and served as director between 2009 and 2012. Her work at DARPA established her position in the technology industry. In 2012, Google hired her to set up and lead an advanced technology and project (ATAP) team within Motorola's mobile division. When Google sold Motorola assets to Lenovo in 2014, it left the ATAP team alone.

While working at Google, Dugan reported directly to Sandal Pichai (Sundar Pichai), according to people familiar with the matter. At the time, Pichai was still just a product director, but was already in charge of day-to-day operations, and was eventually promoted to Google CEO in August 2015. In April 2016, after Google rehired former Motorola President Rick Ostro (Rick Osterloh) as Senior Vice President of hardware, Dugan's authority to report directly to Pichai was affected.

Dugan posted a post on Facebook announcing his departure from Google. In the 450-word long post, she wrote that it would be a bittersweet day, but she was excited and expecting the opportunity to do what she liked best.

"The bold avant-garde science has brought about massive and amazing products," she wrote. "It's a bit too much, but it's really wonderful. On Facebook, there's a lot of work to do, and more importantly, this mission... Especially noticeable." 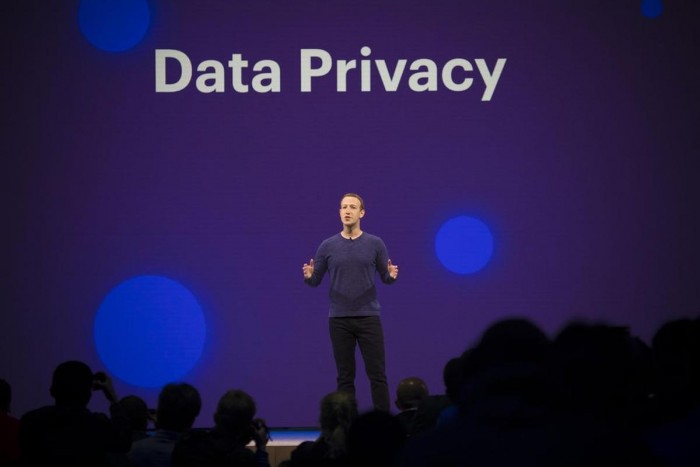 The first thing she did when she came to Facebook was to look for early projects with potential for development. She found a prototype called Little Foot, which was mounted on a motorized base.IPadIt can detect the person in the room and move towards that person.

Given Zuckerberg's request that the company give priority to video-side development, Building 8 decided to design a consumer video call device based on Little Foot. The team teamed up with award-winning photographer and documentary producer Lucian Perkins (Lucian Perkins) to develop a feature that would allow the device's camera to always focus on the speaker in the video shot.

The idea behind this device is to build bridges between relatives --- so-called "Portal" -- to digitally pull people apart. Building 8 tested the size of the device, and the test version was almost the same as the big screen.televisionIt's the same size. The ideal experience, says one former Building 8 executive, would be a product that extends from walls to ceilings. By the end of 2016, the team had assembled a prototype and demonstrated to Facebook's chief technology officer, Mike Crispley (Mike Schroepfer). Scropley approved the prototype and told Dogan to develop a consumer-oriented product.

The word "8" in Building 8 represents the number of letters in the word Facebook, which is actually located on the 59th floor of Menlo Park, California, not far from the iconic thumb-point logo. In June 2017, some carefully selected employees were here to participate in b*8 Underground, a quarterly event aimed at showcasing the work scene of Building 8.

Inside Facebook, employees want to see early versions of Portal and other experimental results, such as a brain-computer interface that allows humans to control their brains, and Project Sequoia, an augmented reality project similar to the hologram computer in Iron Man movies.

But just as employees were amazed at the idea of Building 8, tensions began to brew. Some staff members expressed dissatisfaction with the confidentiality of Building 8, which required escort to enter the space. According to two former executives, the team is expensive, spending more than $100 million annually on suppliers, consultants and various activities.

There are internal fights. People from the hardware industry were shocked by Facebook's unrealistic production schedule. Several former employees said the company expects Building 8 to launch its first product in a year, a negligible amount of time in terms of the time it takes to develop hardware. A Facebook spokesman questioned the fact and said Building 8 was not expected to ship during that time period.

In addition, the Facebook scandal is now surfacing. Following the company's revelation that it helped spread false information in the 2016 elections, team members knew they faced enormous public trust and privacy issues.

Hardware is too difficult

Dugan's speed of progress is the main source of friction between Building 8 and its parent company. She is working on a two-year timetable, but in August 2017, Facebook made the decision to speed up the process.

This decision proved to be the beginning of the end of Dugan. Less than two months later, she suddenly announced her resignation. Dugan's former colleagues said it was not clear whether she was fired or resigned on her own, but many of her deputies would follow her out of Facebook in the coming weeks.

In an interview with CNBC, Camago said that Bosworth's contribution was tremendous. Since Oculus Go went public in May 2018, he has been responsible for the hardware, software, marketing, listing and manufacturing decisions behind all the devices Facebook has released.

"It's very difficult to start products on time, in good quality and in good quantity according to market demand. He's the leader in all this," Kamago said.

In the turbulent period of Building 8, by early 2018, Facebook had a more realistic problem at hand, which deprived the company of a good opportunity to market Portal on an accelerated schedule.

In March of the same year, several media reported that Cambridge Analytica, a London-based political consultancy, had taken improper measures to obtain data for up to 87 million Facebook users. The scandal led to a stock crash in Facebook and eventually led Zuckerberg to focus on creating a "privacy-centric social platform".

Within days, Bosworth informed his team that Facebook's user trust had fallen to a very low level, noting that this was not the right time to launch Portal. He did not provide the expected start date and said the team would reconsider the design.

A Facebook spokesman told CNBC that Portal was due to launch the product in the fall of 2018, as the company's plan had been to release it. Several former employees of Building 8 said that the first appearance of the product had been delayed many times.

In November, Facebook finally released two Portak video chat devices and added a camera cover that users can use to block the lens.

But Portal immediately fell into a privacy dilemma. Facebook told Recode a week ago that Portal's data would not be used for directional advertising to users. A week later, it retracted its statement and said that since Portal's software was based on Facebook Messenger, it would collect the same type of data and possibly be used for notification advertising.

A month after the release, Camargo announced that the Building 8 had ceased to exist, that the original team was now renamed Portal.2018 at the beginning of the year, and that the rest of the research project had been transferred to the Oculus Research R & D laboratory in Redmond, Washington, which had now been renamed the Facebook reality Laboratory. This is where the company develops brain reading interfaces, and with this non-interventionist wearable device, people can print out their ideas.

Portal was so disappointing that it forced Facebook to cut prices several times. According to the International Data Center (IDC), the product has only sold more than 54,000 units since its launch. Consumer Intelligence Research PartnershipMichael Levin of ligence Research Partners describes Portal's market share and consumer awareness as``irrelevant'' .

"We were very excited about it," he said.

CNBC confirmed in April that Fcebook is developing a voice AI assistant for future Portal devices, Oculus headphones and other projects. Bosworth said at the June Code Conference that the company planned to launch several new versions of Portal later this year, while Camago told CNBC that Facebook was developing new augmented reality products. He adds that Facebook has learned from the practical experience of Building 8 the essential elements of building complex, high-quality products on a continuous basis.

One predictable device is a project code-named Ripley, which CNBC has confirmed with former employees as previously reported by Cheddar, a US news site. Ripley is a small device with a built-in camera that can be placed on a TV set and converted into a Portal screen.

"Hardware is entering the family," Bosworth said at the Code Conference. "We want to make sure that people are connected, that is, between two people. This is the first experience that the hardware provides." (Xiao Baisimei)