Japan is panicked about the shortage of AI talent. Sony and other technology companies are increasing the recruitment of foreign engineers. 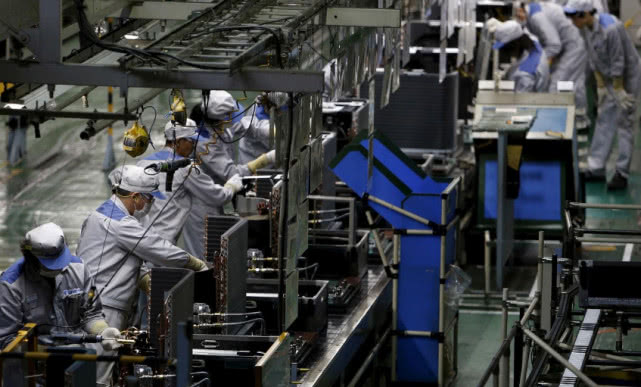 Tencent Technologies News, according to foreign media reports, there is a sense of panic within Japanese companies and the government, because the world's third largest economy does not have enough artificial intelligence talent.

Sun Justice (Masayoshi Son), chief executive of Softbank Corp. Group, lamented the current situation in Japan last month, saying that Japan was among the most important technological revolutions at present.

But Daijin Industrial Co., the world's largest air conditioner manufacturer with a market capitalization of $37 billion, is taking a more unusual approach to acquiring AI expertise.

Compared with the larger technology companies, Dajin Industry is at a disadvantage in attracting top talent, but it has created an internal training program to accept new graduates and existing employees.

Its goal is to make 1,000 employees proficient in AI by 2022. Daijin said it was one of the most ambitious AI training programs launched by Japanese companies.

Dajin believes that AI is critical to its future business model. In the future business model, Dajin Industrial plans to adopt subscription services for AI-driven air conditioners, allowing them to automatically adjust temperature and air quality in order to improve the efficiency of use in factories and households.

Among the two-year training programs, new employees receive the most training. The first group of 100 graduates recruited last year took a six-month training course for professors at Osaka University, and the rest of their time was spent on data analysis and small group collaboration. This year, they were assigned to various departments for on-the-job AI training.

Dajin Industries declined to comment on its project costs.

Sony, by contrast, offers 290 courses for its engineers, including artificial intelligence, ranging from hours to days.

Dajin Industries is also keen to recruit more engineers from India and China, but it says its recruitment in the United States is not easy and often requires hundreds of thousands of dollars to attract the graduates it wants. In addition, it is considering increasing the pay of AI talent to maintain their loyalty to the company.

Japan has fallen behind in artificial intelligence

The problem of artificial intelligence in Japan may be exaggerated. According to the World Intellectual Property Organization (WIPO) technology trend report in 2019, 12 of the top 20 AI patents are Japanese companies. These companies include Toshiba, Japan Electric Company, Panasonic, Sony and Toyota Motor Company.

According to relevant data from the Japanese government, the total investment of Japanese government and enterprises in information and communication technology in 2017 was 16.3 trillion yen ($150 billion), an increase of 12% over 1994. By contrast, U.S. investment in this area more than doubled over the same period, reaching $655 billion.

Japanese universities have also come under fire for not doing enough in artificial intelligence and data science education. Japan's Ministry of Industry estimates that Japan is short of 220000 IT employees in 2018. By 2030, the gap is likely to increase to 790000

In contrast, the report of the World Intellectual Property Organization (WIPO) points out that 17 of the top 20 academic organizations in the field of AI patents are Chinese.

Hitoshi Matsubara, vice president of FutureUniversity of Japan's Public Correspondence Museum, said Japan needed to invest more to make IT work more attractive and get rid of the mentality that most of its peers should be treated equally.

Things are beginning to change.

Chat application operator Line also raised the annual salary of top graduates to 8 million yen, while that of low-skilled engineers to 5.5 million yen. The company pursued diversified development and began to engage in financial technology and artificial intelligence. It also recruits a large number of foreign engineers, accounting for 37% of its 670 engineers in Japan.

Sony is also expanding its recruitment network, with its favorite locations including Carnegie Mellon University, Tsinghua University and Indian Institute of Technology.