Can Apple's financial ambitions be realized when Apple Card strikes? 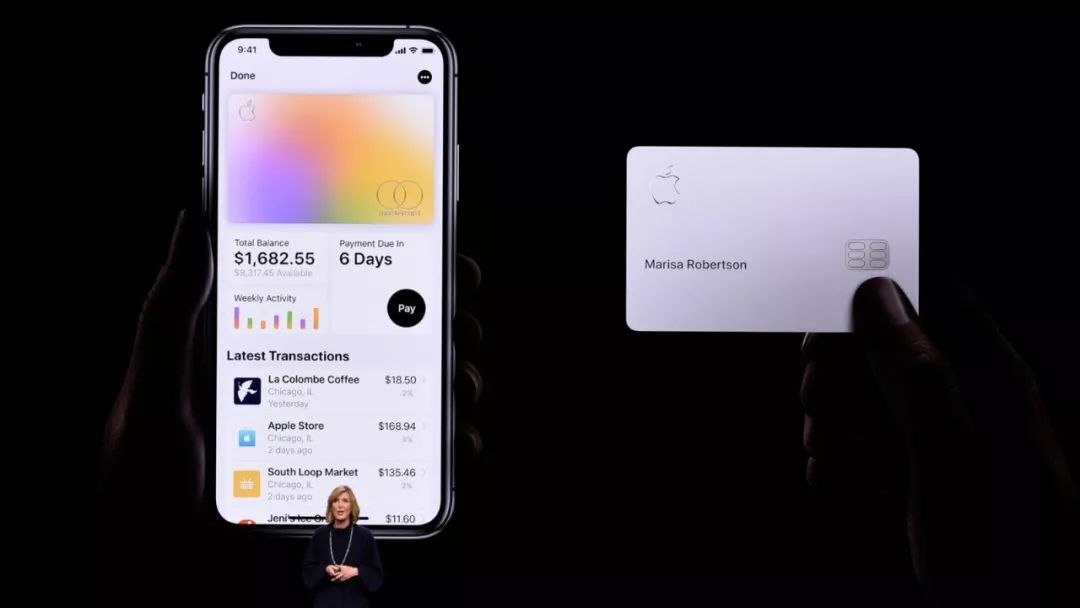 The days of Apple Card testing are getting closer.

Apple Card is a credit card service announced by Apple on March 26, 2019, which is associated with Apple Pay and built into the device's Wallet app. According to Apple, the process of registering an Apple Card is very simple. Just open Wallet and click on the Apple Card interface to complete the activation step.

However, there are some review procedures required to successfully activate Apple Card. Apple said the availability of the Apple Card depends on credit approval. So Apple Card, like other credit cards, can only be eligible if the credit is in compliance. It is worth noting that the Apple Card is not only a virtual credit card that exists in the mobile phone, but also a physical card. 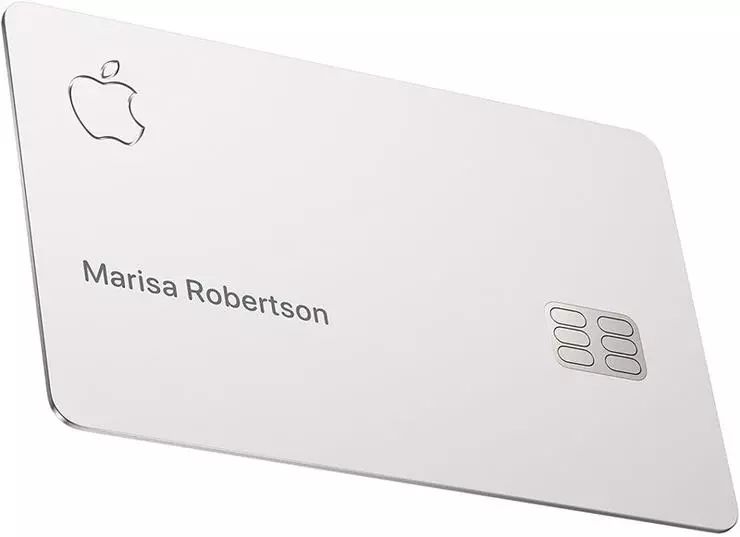 Unlike ordinary physical credit cards, Apple Card's physical card is unique in that it is made of titanium. The surface of the card can laser etch the user's name. There is no card number or expiration date on the front. There is no CVV on the back. Verification Value), also no signature. At the same time, it is precisely because the physical card does not have sensitive information such as card number, expiration date, CVV, etc., which effectively reduces the risk of stolen brushing.

Apple Cards are also compatible with other credit or debit cards in Wallet and can be used with Apple Pay. Not only that, users can use Apple Cards for store purchases on the iPhone and online purchases on Apple Watch, iPhone, iPad, and Mac. 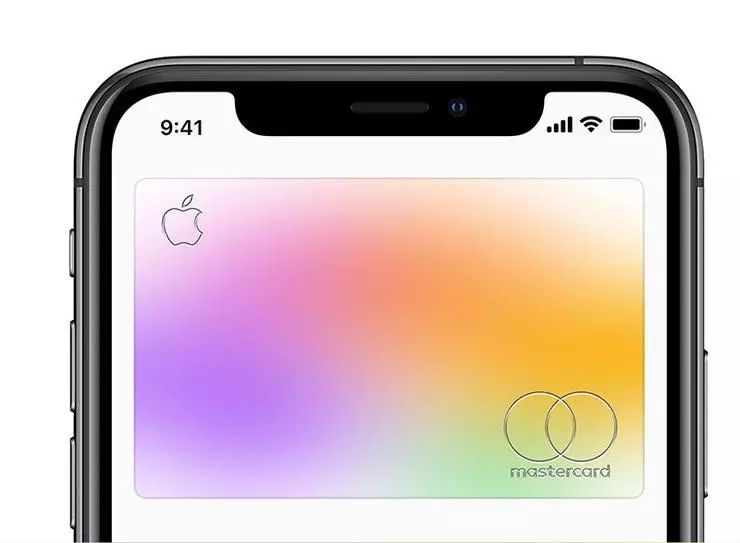 Currently, the Apple Card is preparing to launch in the US and may expand to other countries in the future. It is reported that Apple is negotiating with European regulators about the use of Apple Cards in Europe.

In addition, it is worth mentioning that Apple has successfully registered in the Hong Kong "Apple Card" and "Apple Cash"; two new trademarks, Apple Card is expected to be used in Hong Kong.

As for whether Apple Card will enter the interior of China, relevant media analysis believes that it is less likely. At present, the main online payment methods in our country are WeChat payment and Alipay payment, and Goldman Sachs, which is co-operated by Apple, does not have personal banking business in China. Therefore, it is difficult for Apple Card to enter the Chinese market.

An Apple ID, an Apple Card

The Apple Card is a combination of a physical card and a virtual card, and Apple itself does not have a card-issuing qualification. In addition to Goldman Sachs, Apple also works with Mastercard to use Apple Cards as long as they can use the Mastercard for payment.

Recently, Goldman Sachs publicized the Apple Card user agreement before the Apple Card was officially released. The agreement includes a number of specific information about the Apple Card, and Lei Feng.com (public number: Lei Feng) is selectively reported in conjunction with actual usage. 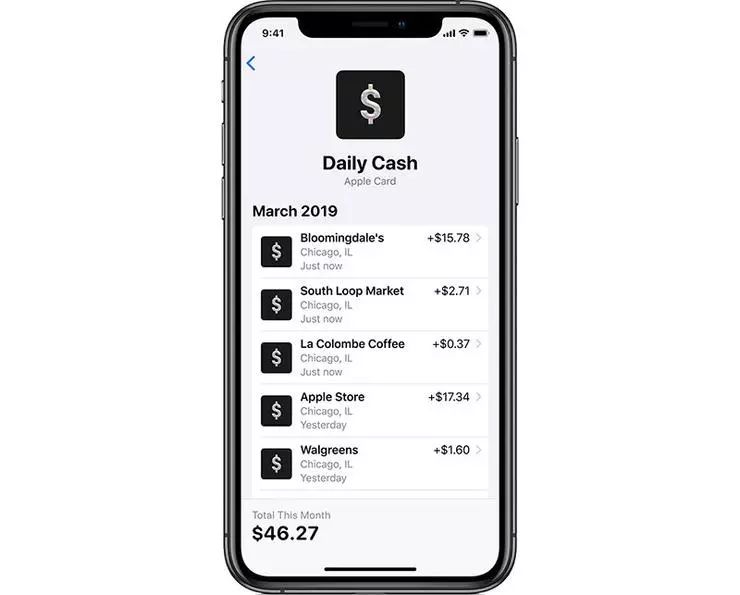 In addition, the agreement also mentions eligibility (requires Apple ID and two-factor authentication), how the account is used (no illegal activity), credit limit details, compatible devices, refunds, payment information, fees, and more. The agreement published by Goldman Sachs specifically prohibits any jailbroken device from being associated with an Apple Card, which will result in the termination of the Apple Card account. The agreement states as follows:

If you make unauthorized modifications to your device, such as disabling hardware or software controls (such as "jailbreaking”), your device may no longer be eligible to access or manage your account. You acknowledge that the modification of the modified device associated with your account is expressly prohibited, and breach of this Agreement may result in our refusal, restriction of your access, or closure of your account.

Different from the other side of a general credit card

Combining hardware and software is a good thing Apple is good at, and Apple Card is no exception.

The Apple Card is tightly integrated with the iPhone. As mentioned earlier, the Apple Card's virtual card is present in the device's application, in other words, “the credit card that lives on your iPhone”. 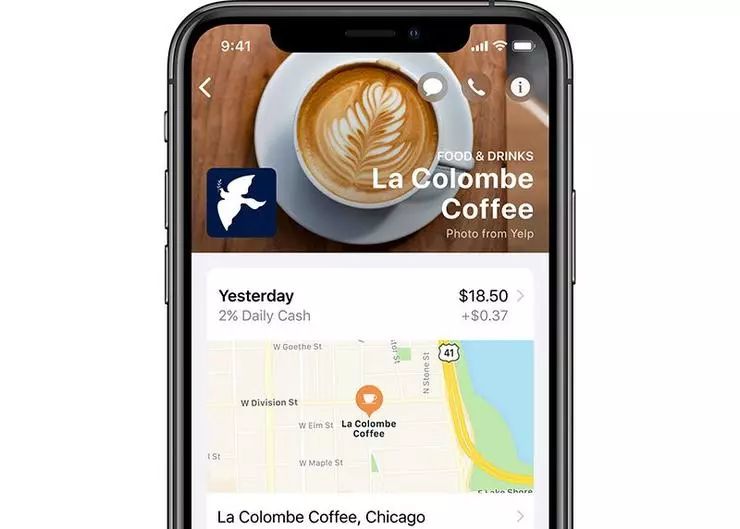 According to Apple's official website for Apple Card, Apple Card uses a map to determine the location of the user's purchase of goods, and can also click on the specific store to check the consumption list. In Wallet, Apple Cards classify consumer products in different color codes, including food and beverage, shopping and entertainment.

Also, if users want to know how much they spend, they don't need to log in to a separate website or application, they can look directly at the iPhone's Wallet. Apple Card provides weekly and monthly consumption summaries, as well as color coding, so users can see personal consumption at a glance.

More importantly, in terms of security, in addition to the physical card does not have sensitive information such as card number, expiration date, CVV, etc., Apple Security features such as Touch ID and Face ID also escort Apple Card; meanwhile, Apple said that Goldman Sachs will never User data is shared with any third party and there are no ads. In addition, if the physical card is lost, the user can freeze and order a new one in the wallet application.

In addition, the function of the stolen brush monitoring also fully reflects its security. When a suspicious transaction is discovered, Wallet will promptly push the reminder, and the user only needs to mark “OK” or report the stolen brush. In addition, users can also get in touch with the bank's customer service directly in Wallet, which is more convenient than manual phone verification.

In the view of Lei Feng.com, using its own software and hardware advantages, Apple's Apple Card is clearly different from other credit cards & mdash; — minimalist appearance, Touch ID / Face ID blessing privacy protection. At the same time, through Apple Card, Apple can go further in the financial field and have a closer relationship with Apple's application ecosystem.

Related news
Leaked Great God first announced the true face of the Apple Card entity credit card
Apple Card test expanded to thousands of Apple retailers
Can Apple's financial ambitions be realized when Apple Card strikes?
Apple Card hands-on video
Foreign media evaluation of Apple Card: is more like an experience than a reward "generator"
Apple card's clearing partner MasterCard is approved to operate in China
Apple plans to launch 12 interest free installments of Apple card services
Hot news this week
China has found 35 known cases of the new zoonotic virus Langya
Losses in a single quarter of $ 23.4 billion a record, SoftBank did not carry the plunge of technology stocks and the devaluation of the yen
The prevention and control of the American Monkey epidemic has failed. What should I pay attention to?
Is the micro -business headache? WeChat friends are suspected to have a big move: 7 can only be posted a week
Kuaishou launched a self-developed cloud intelligent video processing chip: The chip has been streamed successfully
The new product of Xiaomi MIX is coming: both internal and external dual -screen has been upgraded to make up for the previous generation.
A new zoonotic virus, Langya, found in China has not yet been confirmed to be transmitted from person to person
Ministry of Public Security: Single telecommunications network fraud continues to cause 40 % of all electrical fraud cases
Special price "kill ripe"? Bike-sharing platforms have different prices for the same package for different users
A tech company in Shanghai has been fined 220,000 yuan for swiping orders to improve its ranking on Yelp
The most popular news this week
Yuyuki Kobayashi joins NetEase game! He worked on Devil May Cry 4 and Resident Evil 4.
Cyber violence governance needs the concerted efforts of all sectors of society
WeChat releases a new specification for the public account avatar setting, and the official news reminder is prohibited
After the U.S. chip bill takes effect, the manufacturer's snatching subsidy war is even more intense
Thousands of flights in the United States are delayed or canceled: User collapse extreme weather is frequent
Off the shelves one after another! The Sogou search App followed in the footsteps of Sogou Map
Xiaomi MIX flagship top with price reduction: consistent with the price of 12S Ultra
Semiconductor industry burst! Us Orders' Mother of All Chips' banned
Tesla suddenly accelerated out of control into a wall tragic: the owner of the right pedal and drive assistance
Lei Jun was splashed with cold water