The newly developed My Style dial makes it easier to customize the dial, which will also be based onSamsungThe color extraction algorithm matches the color of the dial according to the band option. Of course, it's all part of the Galaxy ecosystem, so if you have three-star intelligencecellphoneWatch Active 2 works better, you can use it to control your camera, similar features have appeared on Apple Watch before. 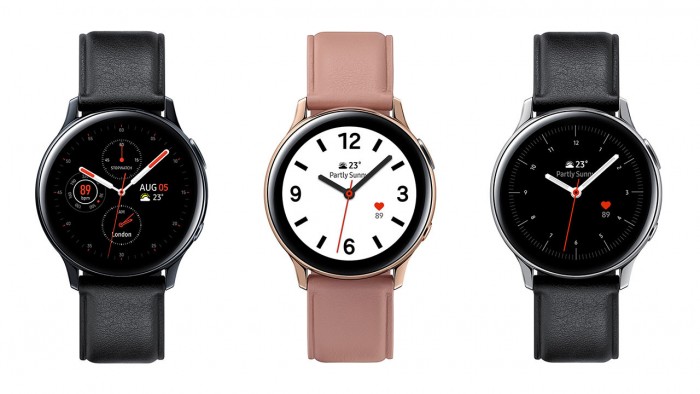 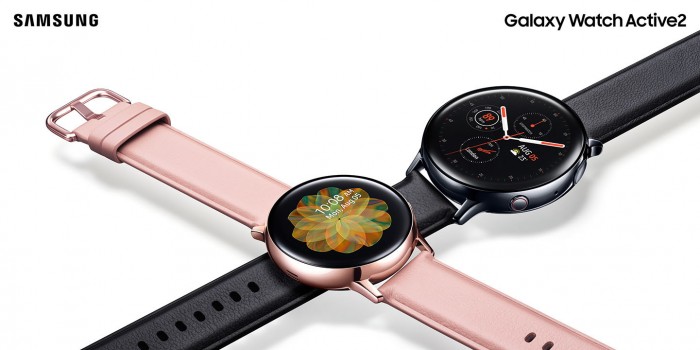 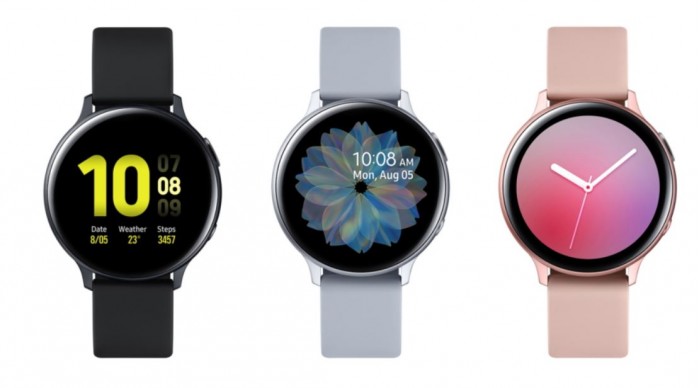 Galaxy Watch Active 2 has built-in sportswear on schedule and brings in a virtual running coach to track users'pace in real time. There are also some new sensors on the back, including heart rate monitoring with eight photodiodes, ECG, accelerometer, gyroscope, barometer and ambient light sensor.

Another key feature is the 4G LTE, which means that even if you are away from your mobile phone, your watch can be connected to the Internet, and you can use it to get music through Spotify and so on.

In terms of performance configuration, Samsung Galaxy Watch 2's 40mm and 44mm models both use dual-core 1.15GHz Exynos 9110 processors. The battery size is slightly different: 247mAh or 340mAh, storage capacity is 4GB, Wi-Fi model is 768MB RAM, LTE version is 1.5GB RAM. For 40mm and 44mm models, the weight of aluminium is 26G and 30g respectively, and that of stainless steel is 37G and 44g respectively. It should be noted that LTE models are made of stainless steel only. 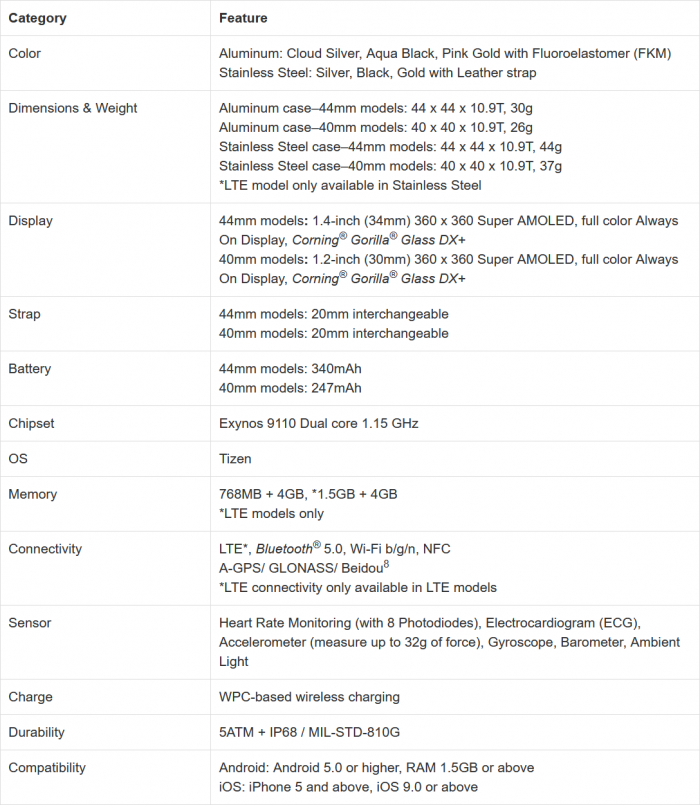