The explosive God said that the hardware of Galaxy Note 10 is not as good as Huawei Mate30 Pro.

At present,HUAWEIMate30 Pro is also due to launch in October, with three cameras on the back and better sensors than ever before. Now, Ice Universe has posted on its Twitter account Huawei Mate30 Pro and Galaxy Note 10 Sensor Size Contrast Map. He believes that Galaxy Note 10 has no chance to win in photography.

According to pictures released by Ice Universe, two of Mate30 Pro's three cameras will be 40 million pixels 1/1.7 inch and 1/1.55 inch pixel sensors. Meanwhile, Galaxy Note 10 will be equipped with 12 million pixels of 1/2.55 inch primary sensor. The bigger the sensor, the better the image quality. Ice Universe provides an additional comparison table showing that Huawei has been steadily increasing the number of sensors and has achieved better results than others.SamsungGreater progress.

However, we can not ignore another important aspect that affects the quality of photography, that is, pixel size. The 1/2.55-inch sensor of Galaxy Note 10 has a pixel size of 1.4 um. The larger the pixel size, the more light the sensor collects, which results in better photo quality, especially in low light conditions. The performance of low-light photography is every intelligenceMobile phoneManufacturers are competing for and paying attention to the place.

Mate 30 Pro's 40 million-pixel camera has a 1/1.7-inch sensor, which makes the pixel size 1 micron. But will Note 10's 1.4 um sensor be better? Huawei's Mote and Pro phones employ a technology called pixel grading, which allows four-pixel data to become one pixel. When using this technology, the photos on Mate 30 Pro are about 10 million pixels

Although IceUniverse seems to believe that Mate30 Pro will provide better photos than Note10, we still need to wait and see how these phones perform in the real world. It's not just the area of sensors, the number of pixels, the size of pixels and so on. Software and algorithms also play a huge role in today's smartphone photography, such as Google's unparalleled algorithm in Pixel 3. 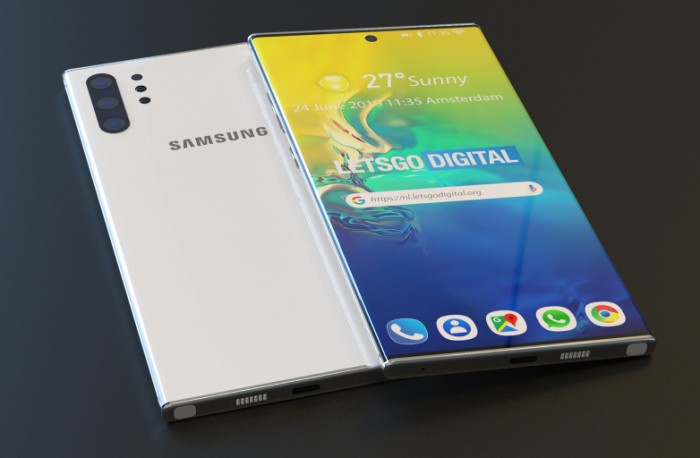 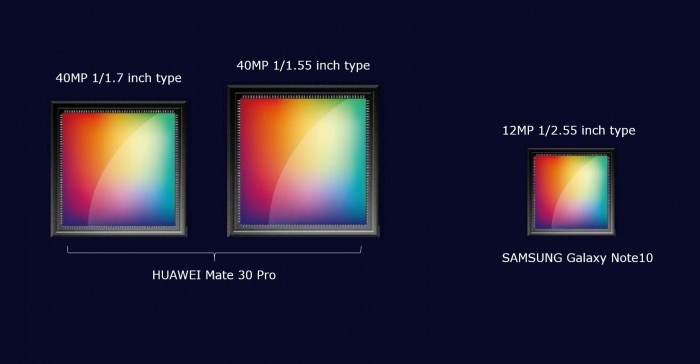 Related news
Huawei's new flagship captain summarizes the news of Mate30 explosion
The explosive God said that the hardware of Galaxy Note 10 is not as good as Huawei Mate30 Pro.
Huawei Mate30 RS Porsche Edition Beginner: Cowhide fuselage has more than 5G
The strongest duel in history! The pre-sale of Huawei Mate30 in line for the iPhone 11 is booming
Huawei Mate30 Pro won the top DxOMark photo score with 121 points
Huawei mate30 Pro hands on Evaluation: Super curved screen, image ability improved significantly
Evaluation of China Mobile's authoritative mobile phone: Huawei mate30 Pro 5g rolling type wins the championship
The film "swimming to spring" goes online: Huawei mate30 Pro underwater shooting quality is not inferior to professional equipment
Yu Chengdong shares Huawei's mate30 Pro star shooting strategy: the blockbuster is so simple
123 points to the top of the DXO top! Huawei Mate30 Pro 5G 8 128GB on-sale
Hot news this week
China's second-biggest retail channel for smartphones in May Huawei is a step away
Huawei cloud's industrial Internet business experience: how to make the cloud serve the entire "circle of friends"?
After the total ban, the United States announced the arrest of Fujian Jinhua General Manager Chen Zhengkun!
Most people don't know that the hole at the bottom of the original mobile phone also has this function
Japanese legislation forbids walking and playing mobile phones: mobile phones in public places should stand still
A reporter from the United States who was infected with the new coronavirus took part in the trump campaign rally
Synergy Research released 2020Q1 China public cloud market report Baidu Intelligent Cloud stable third
Japanese media: invest 800 billion yuan in ten years, Tsinghua Ziguang self research memory will come out in 2022
Most people don't know that the hole at the bottom of the original mobile phone has this function
Wechat has not done this function for N years! Use this app to make up for the defects of wechat
The most popular news this week
Break the U.S. technology monopoly, China's best chip development era is coming?
Fake official mobile phone repair shop 9 yuan, cost more than 1000 yuan: 10 people arrested
Why Apple is willing to risk independent chip development? Failure is affordable
Let's talk about the legal details of Tencent's Laoganma dispute
A brief history of Tencent debt collection
Gree alludes to the malicious slander of beauty? The latter: no response, thanks for your attention
Studies show that novel coronavirus pneumonia actually has higher or higher mortality than the official statistics.
Tiktok Kwai won B station, and was also sad to hear the quiver and rush?
It's about your wallet! Be careful when wechat appears on this interface: these 15 minutes are critical
Google's acquisition of Fitbit raises data collection concerns