In early July, the official Microsoft Windows account suddenly began to warm up the new Windows 1.0 system, and it was not an April Fool's Day event. It turns out that this is related to the American drama "Stranger Things Season 3". The story of "The Third Season of Strange Story" began in 1984, and in 1985 it encountered the release of the Windows 1.0 system. Therefore, this cooperation between Microsoft and Netflix has reached a certain level of cooperation in the field of time and space. 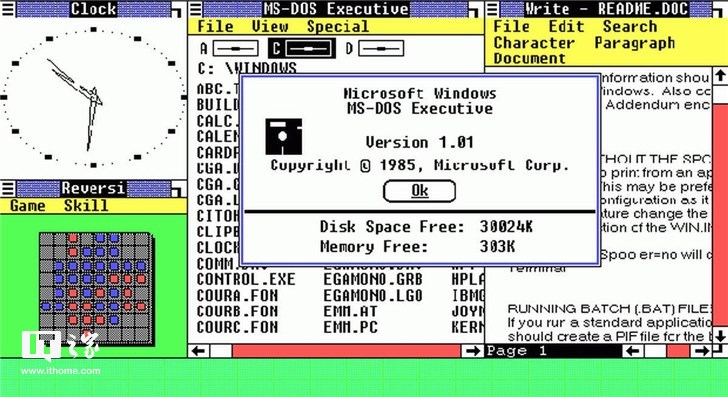 In 1985, it was a new and unfamiliar start for the author. At that time, the author was not born in this world, so I couldn't witness the scene when the system was released. I can only understand the birth of this Windows through relevant materials. s begin.

Some people say that Microsoft's digital sense is not very good. From Windows 1.0 to Windows 10, it is not a simple digital relationship. In the past 30 years, Windows has experienced Windows 1.0, Windows 2.0, Windows 3.0, Windows 95. Thirteen major version numbers such as Windows 98, Windows 2000, Windows Me, Windows XP, Windows Vista, Windows 7, Windows 8, Windows 8.1, Windows 10 are updated.

Back in 1985, what do you think can be done with Windows 1.0? Fortunately, with the development of technology, the proliferation of Web technologies and apps, and Microsoft's retro-hearted efforts, we can use Windows 1.0 again and even back to 1985 even today.

The birth of Windows 1.0

Speaking of Windows 1.0, you have to go back, because Windows 1.0 is unlikely to be a short time. Microsoft has previously adopted MS-DOS, but Microsoft has also begun to consider graphical user interfaces.

In 1981, Microsoft began developing a graphical user interface (GUI). Microsoft founder Bill Gates saw Visi On at VisiCorp on COMDEX 1982, a suite of GUI software for IBM PC-compatible computers. In 1983, Microsoft learned that Apple's GUI software was based in part on Xerox PARC technology, which was more complicated and decided that Microsoft's own products would be different.

Microsoft first showed Windows to the public on November 10, 1983. Two floppy drives and 192 KB of RAM were required at the time, and Microsoft described the software as a device driver for MS-DOS 2.0. Supports collaborative multitasking in tiled windows when using well-behaved applications that use DOS system calls, and allows applications that perform poorly to run in full screen mode. Microsoft Windows is different from Visi On and Apple Lisa, Windows Many applications are available at the time of launch. Unlike Visi On, Windows developers don't need to use Unix to develop IBM PC applications; Microsoft plans to encourage other companies, including competitors, to develop Windows programs without the need to use the Microsoft user interface in their applications.

Many MS-DOS computer manufacturers, such as Compaq, Zenith, and DEC, software companies like Ashton-Tate and Lotus, are committed to supporting Windows 1.0.

From the early history of Windows, Bill Gates regards it as the future of Microsoft. If you look at it now, the later Windows system did make Microsoft, and Bill Gates quickly boarded and occupied the world's richest man for a long time.

Bill Gates told InfoWorld magazine in April 1984, “As a company, we put our strategy and energy into Windows, just as we are committed to operating system kernels like MS-DOS and Xenix. We believe that applications that leverage Windows will be competitive in the long run. ” But IBM apparently did not participate in Microsoft's statement.

Microsoft promised to release Windows by April 1984 in November 1983, but subsequently denied the release date and predicted that Windows will be released in June 1985. In the development process and before the development of the window system, the code name is Interface Manager. The company emphasizes multitasking and points out that the purpose of Windows is different from that of TopView, which aims to “turn a computer into a graphically rich environment” while using less memory. After Microsoft convinced IBM that the latter needed a GUI, the two companies announced OS/2 and its graphical OS/2 Presentation Manager in April 1987, which would eventually replace MS-DOS and Windows. 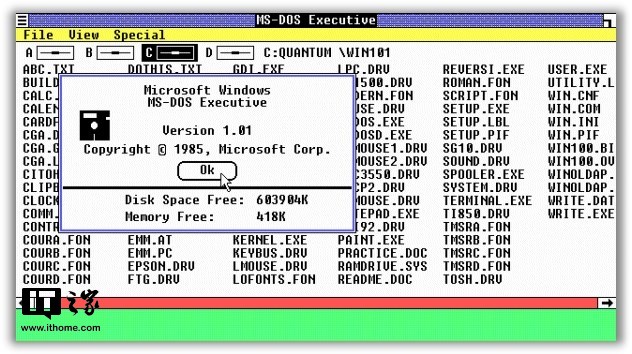 In the Windows 1.0 family of systems, four versions were actually released, namely Windows 1.01, Windows 1.02, Windows 1.03, and Windows 1.04. It is worth noting that Windows 1.01 was the first public release to be released to Volkswagen.

At the time, many people thought that Microsoft Windows 1.0 was a poor product. The best GUI computer platform at the time was G.E.M., and the other option was DESQview/X. In November 1987, Windows 1.0 was replaced by Windows 2.0. Microsoft supported Windows 1.0 for 16 years and ended its technical support until December 31, 2001, which is the longest in all versions of Windows.

Despite the positive response support from many hardware and software manufacturers in the early demos, critics rated Windows 1.0 poorly. Critics believe that Windows 1.0 cannot meet their expectations. In particular, they believe that Windows 1.0 over-emphasizes mouse input when mouse usage is not yet widespread, does not provide enough resources for new users, and runs poorly when running multiple applications, especially when computer hardware specifications are low. On the system.

Despite these criticisms, Windows 1.0 is an important milestone for Microsoft, and some of Microsoft's practices are now classic.

The role of the mouse in Windows 1.0 has received special attention. Users can complete most of the operations by clicking the mouse. This allows users to develop the habit of using the mouse in the future, and until today, humans have not left the mouse. Windows 1.0 also comes with some simple applications, including calendars, notepads, calculators, etc., which enhances the tool's capabilities while laying the natural Windows habits. In short, the newly born Windows 1.0 always makes people feel like a PDA, and maybe even the function can not keep up with the PDA, but this is quite attractive when Windows 1.0 was born. Another notable feature of Windows 1.0 is that it allows users to execute multiple programs at the same time and switch between programs, which is unthinkable for DOS.

Windows 1.0 can display 256 colors, and the window can be arbitrarily scaled. When the window is minimized, there will be a special space on the desktop to place these windows, which is actually the current taskbar. The Control Panel has appeared in Windows 1.0, with a clear definition of drivers and virtual memory, but with very limited functionality.

Windows 1.0 is epoch-making because of the shift from command line to graphical interface operations.

Windows 1.0 provides limited multitasking for MS-DOS programs and focuses on creating interactive paradigms, execution models, and stable APIs for future native programs. Due to Microsoft's extensive support for backward compatibility, it can not only perform Windows 1.0 binaries on the current version of Windows (although only 32-bit), but also recompile its source code to the same function. "Modern" & ldquo; "only need limited modification of the app.

Windows 1.0 is often considered a "front-end" for MS-DOS operating systems, and this description also applies to subsequent versions of Windows. Windows 1.0 is an MS-DOS program. Windows 1.0 programs can call MS-DOS functions to run GUI programs from .exe files, just like MS-DOS programs. However, the Windows.exe file has its own "new executable" (NE) file format that only Windows can handle, for example, the need to load code and data. Applications can only handle memory through Windows' memory management system, which implements a software-based virtual memory scheme that allows applications to use more RAM than is available.

Because graphics support in MS-DOS is very limited, MS-DOS applications must go to bare hardware (or sometimes just to the BIOS) to get the job done. Therefore, Windows 1.0 includes raw device drivers for video cards, mice, keyboards, printers, and serial communications, and applications should only call APIs built on these drivers. However, this can also be extended to other APIs such as file system management. In this sense, Windows 1.0 is designed to scale into a mature operating system, not just the graphical environment used by applications. In fact, Windows 1.0 is a “DOS front-end” that cannot run without a DOS environment, for example, it uses the file processing capabilities provided by DOS. The replacement level in subsequent releases will increase —— Windows 1.01 system requirements constitute CGA/HGC/EGA (listed as "monochrome or color monitor"), MS-DOS 2.0, 256 KB or more memory, And two double-sided disk drives or hard drives. Starting with the Windows 1.03 release, support for Tandy and AT&T graphics modes has been added.

Windows 1.0 runs a shell called MS-DOS Executive, which is just a mouse output of the DIR command, does not support icons, and does not conform to Y2K“ Millennium bugs. Other programs provided are Calculator, Calendar, Clipboard Viewer, Clock, Notepad, Paint, Othello, Card File, Terminal, and Writer. Windows 1.0 does not allow windows to overlap, and all windows are tiled. Only dialogs can be displayed on other windows, but they cannot be minimized.

At present, it is difficult to find a computer device with Windows 1.0 installed, or install a stand-alone Windows 1.0 system, but we can simulate the website through Windows 1.0 (Click here to enterYou can feel the style of Windows 1.0 in the past, the biggest feeling is that its infrastructure is similar to the latest Windows 10, and the mouse can be used naturally. 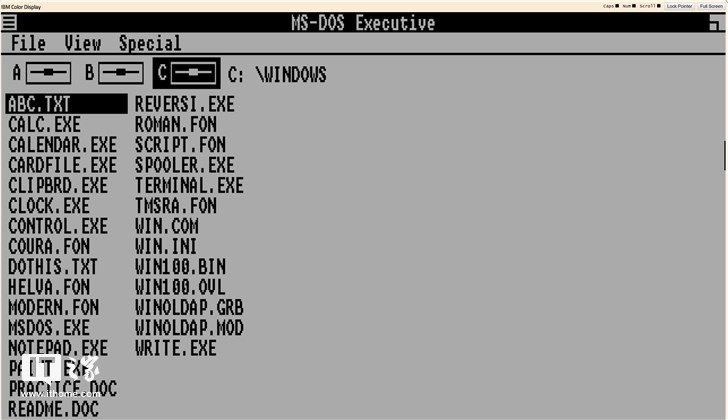 After opening the website, it will automatically enter the Windows 1.01 system. The black and white interface is quite simple, so you can integrate it into the system's only few functions. The webpage simulation system has built-in applications, including notepad, calendar, and drawing. , calculator, clock, MSDOS, Windows Write, and more. 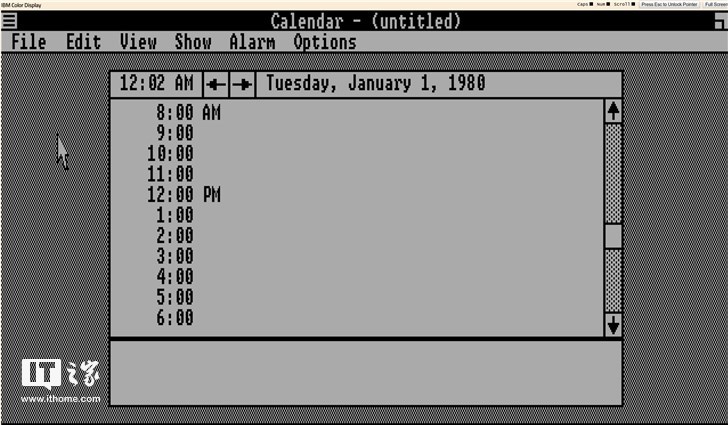 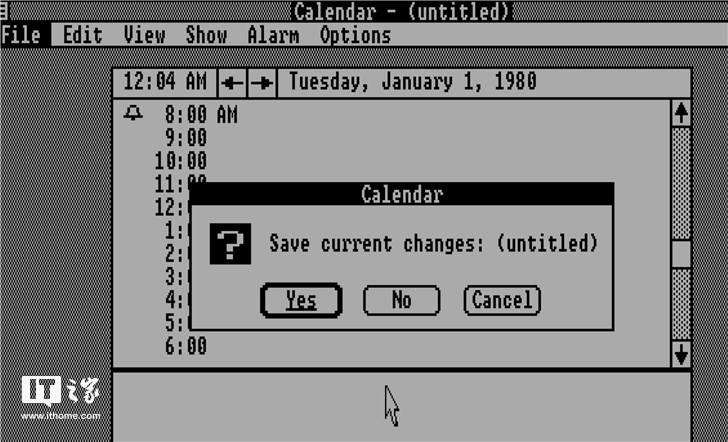 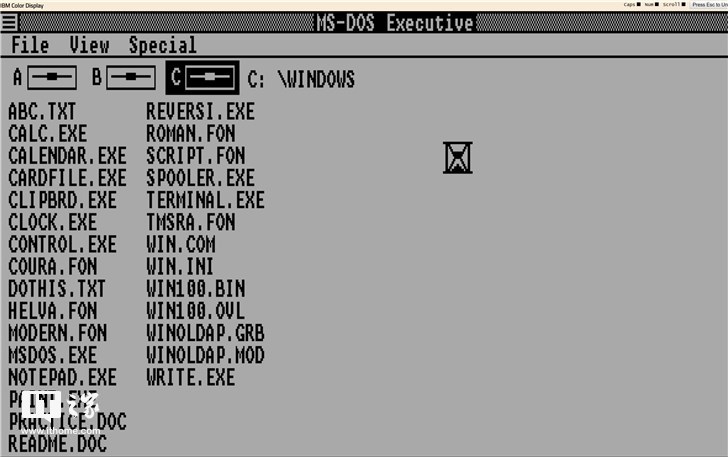 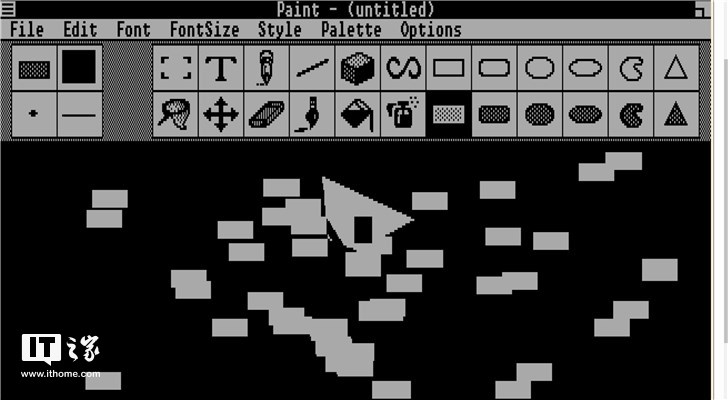 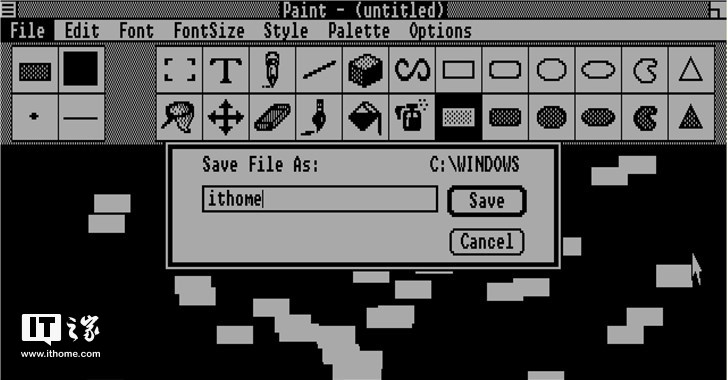 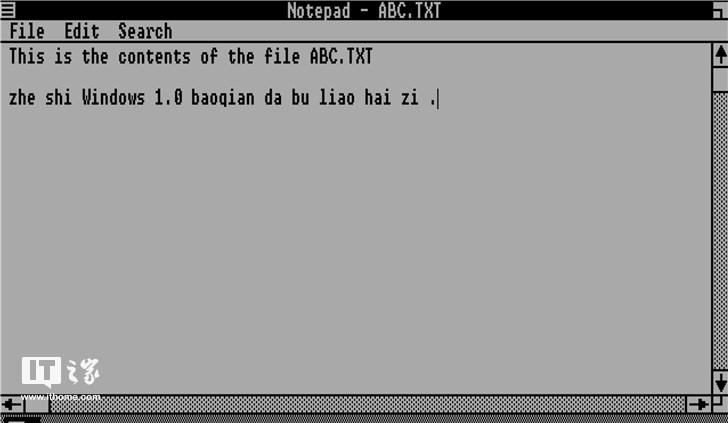 Since it is a website mode, you can click the button in the upper right corner to force the mouse to lock in the simulation area and perform mouse operation. This is the same as using the mouse in the system. Just because of the isolation between the browser and the external system, let us There are some confusions when two mice appear. 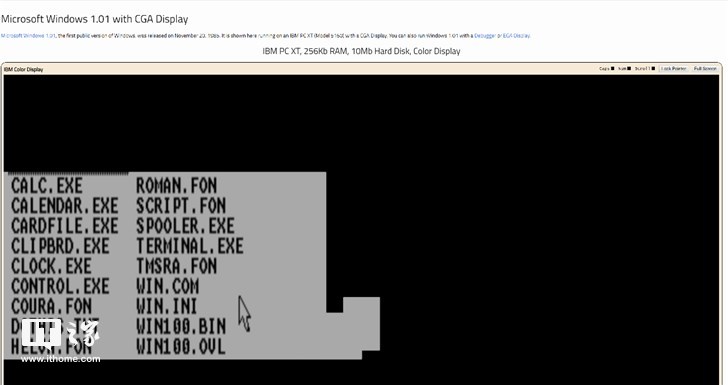 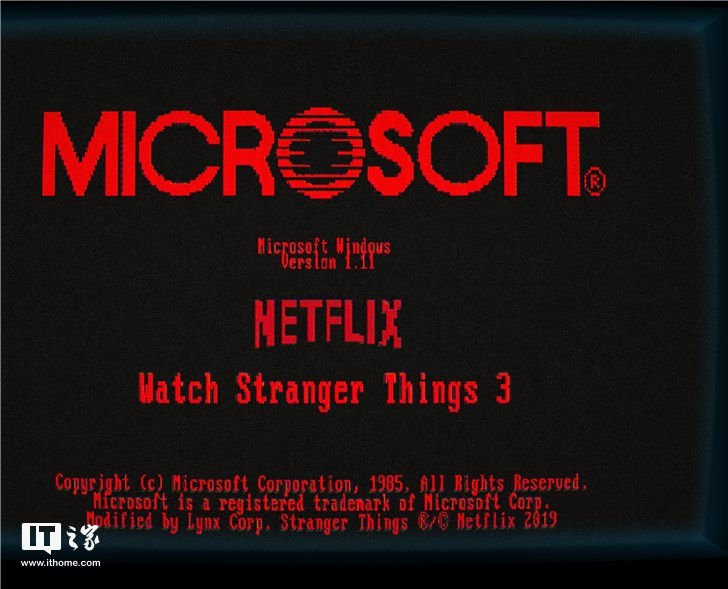 Although the theme of this Windows 1.11 is to fit the NETFLIX "The Third Season of Strange Story", in fact, Microsoft has restored most of the Windows 1.0 operations in it, and unlocked the scene of "Wonder Story" with the operation of your mouse. In the form of small games, video images and video playback. 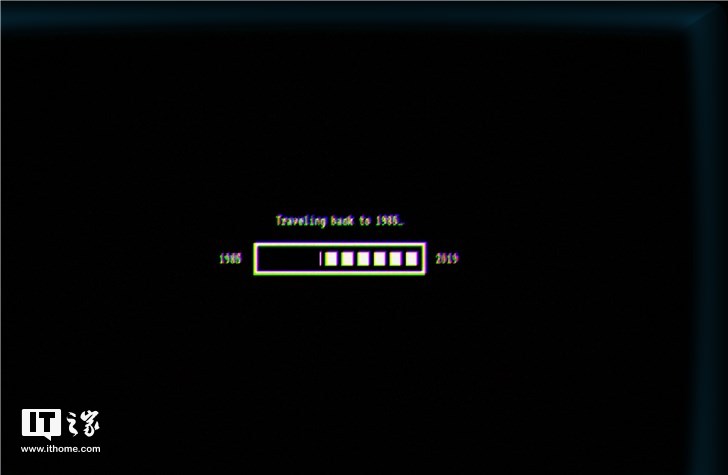 If you have played Windows 1.0 before, this is a nostalgic journey back to 1985 for you. In Windows 1.11, full of MS-DOS and a simple graphical interface, you wouldn't think of it as a UWP app built on modern Windows 10. 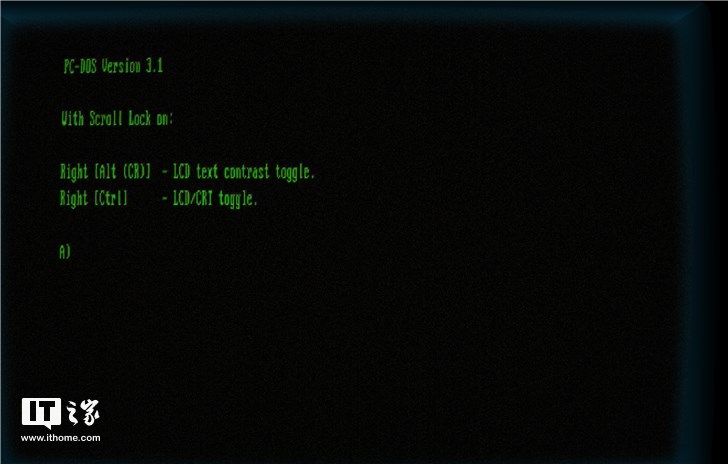 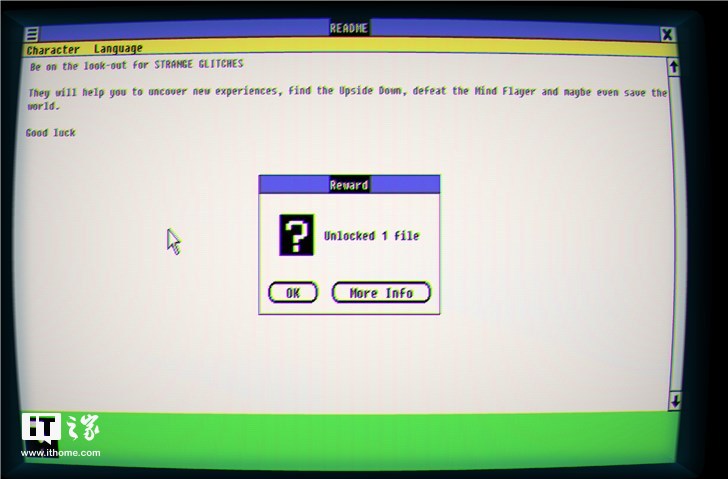 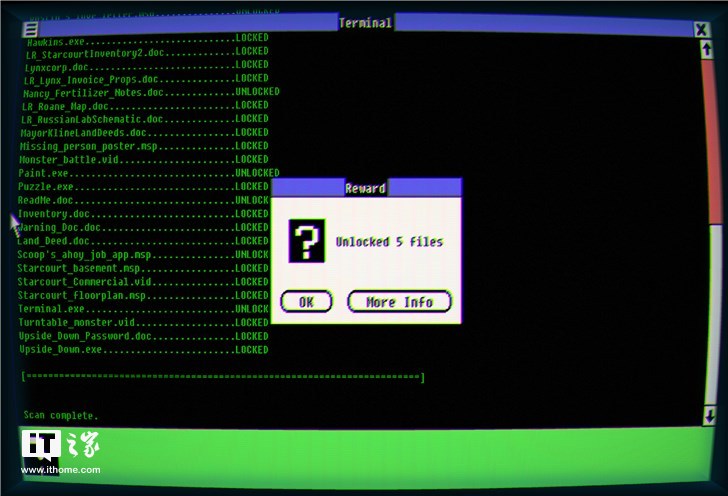 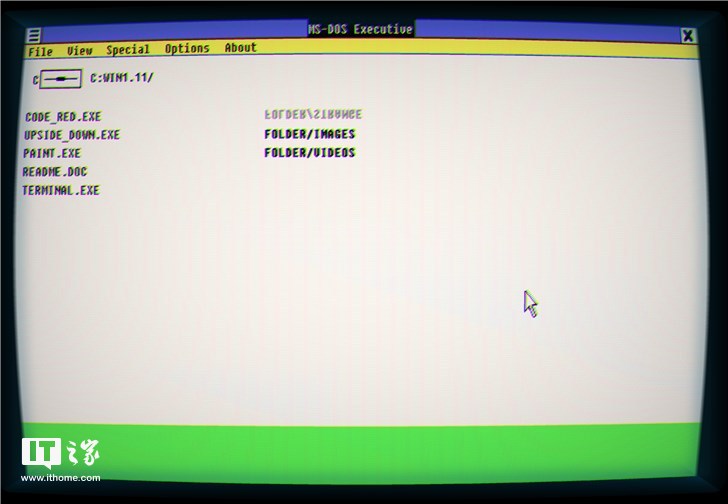 In the classic drawing, it is no different from the previous Windows 1.0 system, but it is more clear. However, when you fill the drawing interface, you unlock the preview video of the US drama. 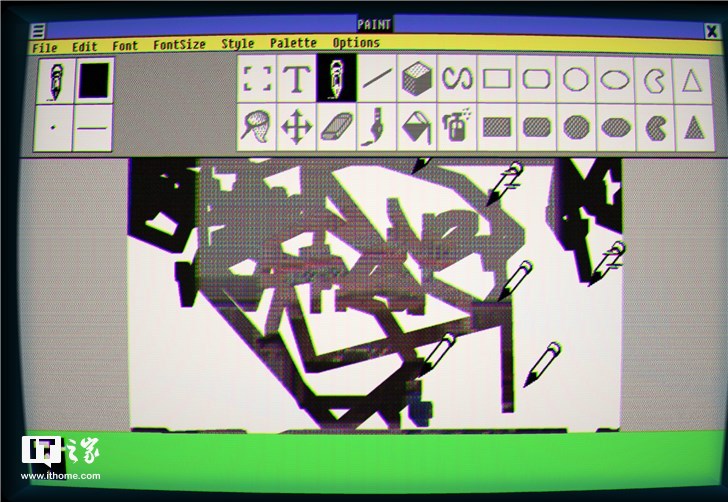 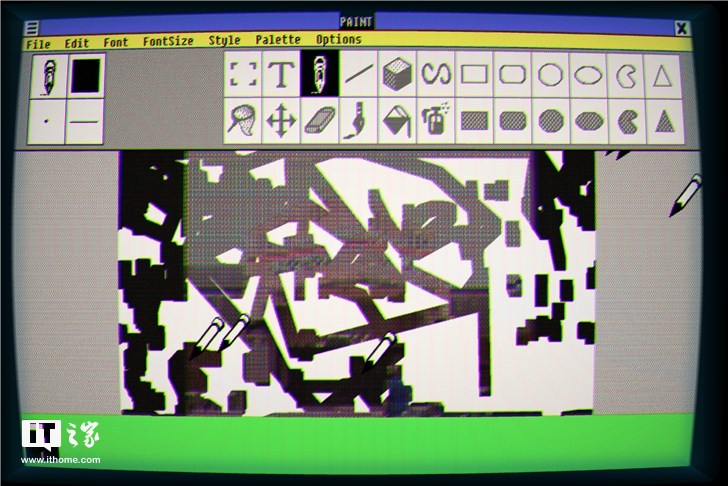 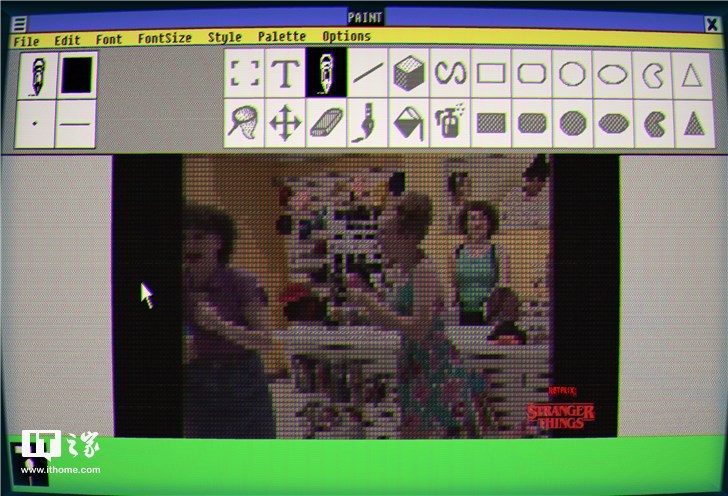 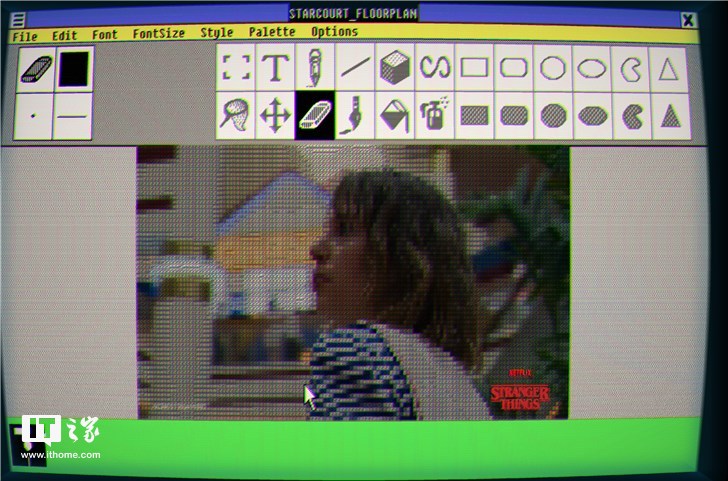 In the text or document, it is some description of the role of "Fable Story". In Windows 1.11, this effect is very old-fashioned, letting you relive it. 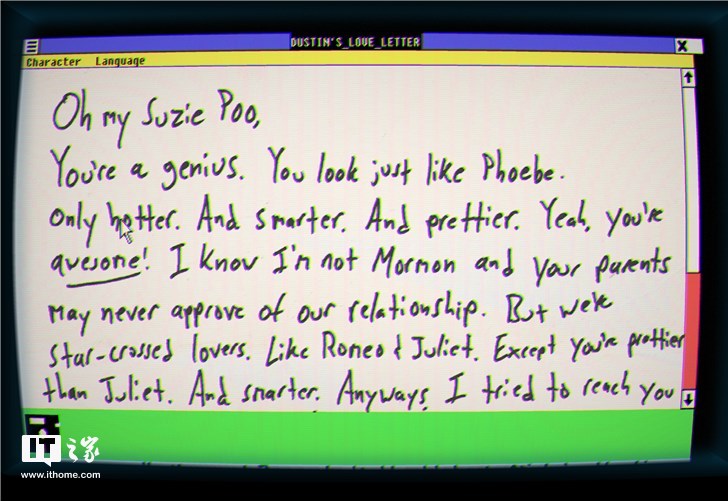 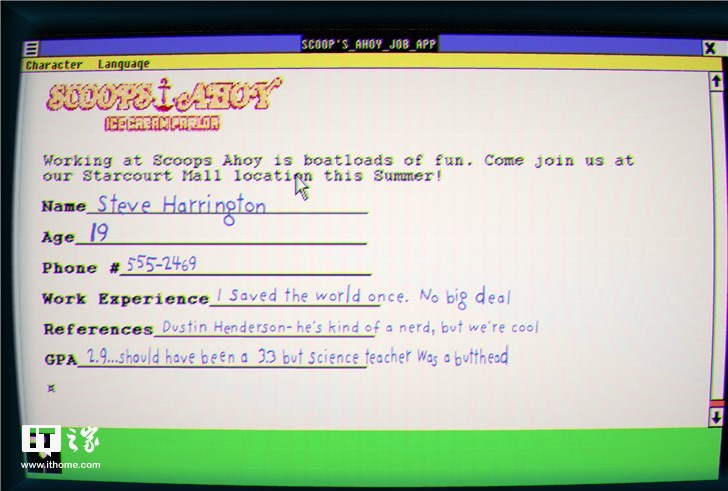 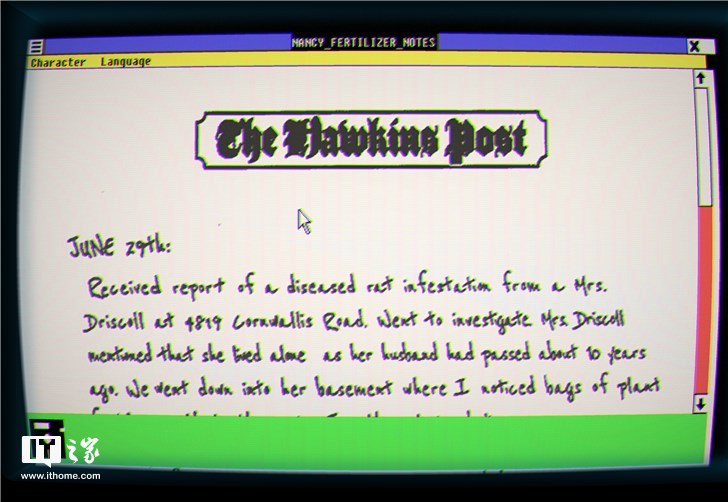 The small game CODE_RED is also built into Windows 1.11, which is probably the most original pixel wind game. The video will also appear after a certain phase and scene is triggered. 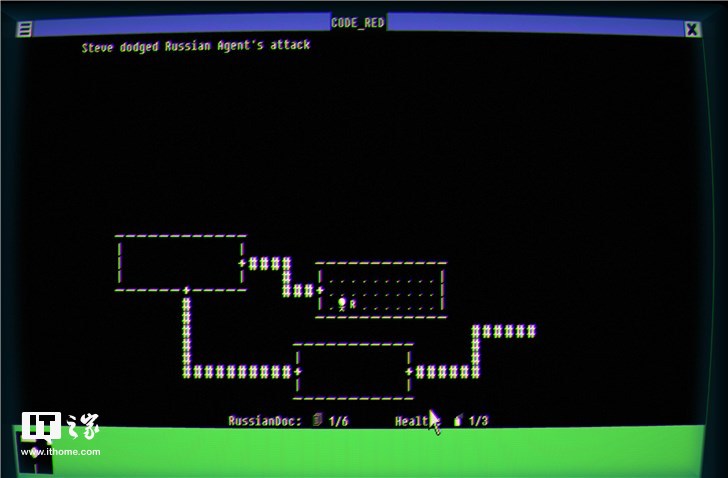 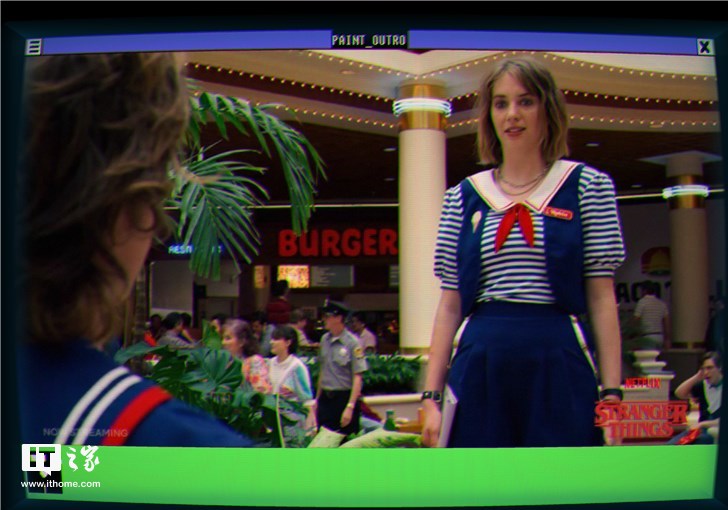 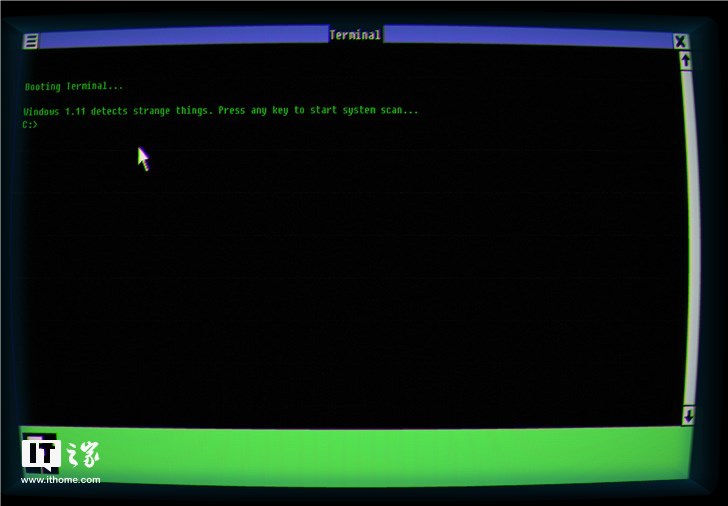 All in all, there is no essential difference between using Windows 1.0 in 2019 and 1985. In 2019, we will not be keen on using Windows 1.0 on a daily basis. It can no longer meet our extremely rich office and entertainment needs, but it is more like retro. Nostalgic fun, let's go back to 1985 and witness the great journey of this Windows 1.0 system to open Microsoft Windows.