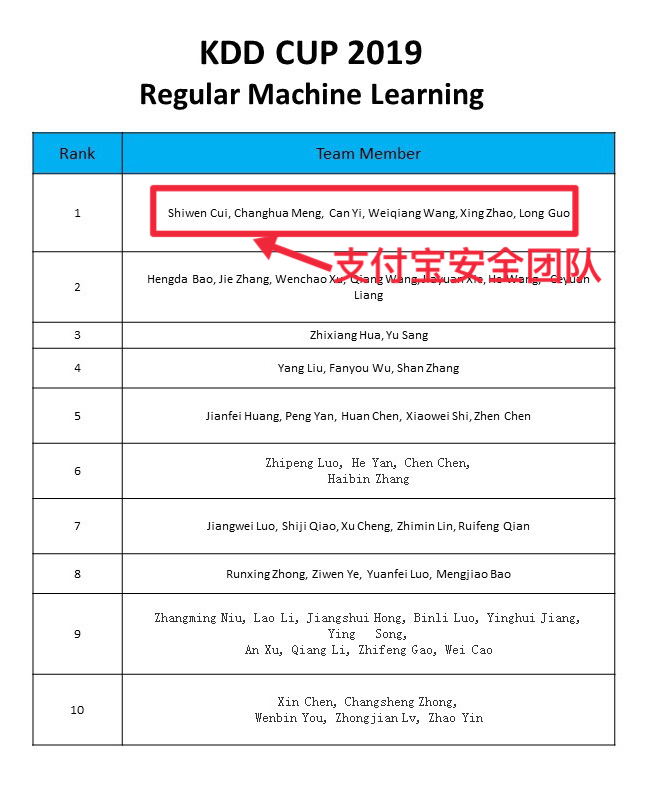 Last August in London KDD Cup 2018,Alipay security team DeepX won the first two awards for the first time.。 Last year's competition started from mid March until the end of May. Alipay Deep X took part in the competition a month late, and the team members took advantage of the rest time to complete the event.

Over the past 10 years since the establishment of Alipay security team, the transaction risk rate has been as low as one in ten million, far below that of international peers. In this process, we have accumulated a set of experience of deep data mining, machine learning algorithm application and AI automatic modeling, which also has the ability of automatic learning in the face of new risks.

Alipay upgrade "you dare pay I dare to pay 2.0" to finalize the case and pay for the suspect first. "

Hongkong edition "Alipay" AlipayHK will be extended to the whole country with the permission of the central bank.

[figure]20 20 thousand yuan: Alipay announced "one word, thousands of gold" to prevent fraud and remind the winner of the copywriter.