AMD Su Zifeng is its own chip platform: better and cheaper than Intel 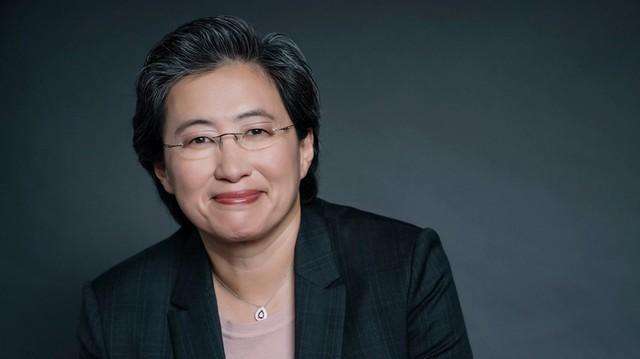 Su Zifeng said that AMD's latest Epyc chip has up to 64 processor cores and uses a 7-nm process. She said that increased performance and efficiency will reduce the operating costs of data center owners by half.

Under Su Zhifeng's leadership, AMD is trying to break the rules and prove that it can always provide processors that rival Intel's products. Wednesday's AMD CEO statement is aimed at the lucrative server chip market. This product is a key component of machines running the Internet and corporate networks.

“We are just getting started in the server market. “What you can expect from us is consistency. This is not just a problem with a generation of products. This is a road map question about building a multi-generation product. ”

Bart Sano, vice president of engineering at Google, said, "We have seen AMD server chips perform very well under a variety of workloads. "These chips enable Google to offer cloud services to customers at a lower price," he said.

About 10 years ago, AMD's server chip market share once reached more than 20%, but due to production delays and products did not achieve the expected performance, AMD's performance was hit hard. This allowed Intel to regain lost ground and reduce AMD's share of the chip's price of more than $10,000 to less than 1%. According to market research firm Mercury Research, AMD's market share was 3.4% as of the end of the second quarter. This is an increase from 1.4% in the same period in 2018.

The business in this area has undergone tremendous changes. At present, server chip orders are mainly controlled by a few large companies such as Google, Microsoft and Amazon. These companies operate large data centers that provide computing services over the Internet, and have taken over many of the work traditionally done by the company's internal data centers.

AMD announced on Wednesday its product comparison with the Intel Xeon processor. According to the company's calculations, the top-of-the-line new Epyc server chip with a listing price of less than $7,000 outperforms the Xeon 8280M, which is priced at $13012.

AMD's share price continued to rise this year as investors bet that Su Zifeng will continue to make profits for the company's reforms. Even after the chip stocks plummeted since the end of July, AMD's share price has risen more than 58% this year.

Intel executives said they still have confidence in the performance of their products.

Lisa Smidman, vice president and general manager of the Intel Xeon division, said: "It is a natural market behavior to keep customers focused on their choices." "It is our job to continue to win this business." ”

Spellman said that many large data center owners are using custom Intel chips. She said that the standard performance of the entire industry does not reflect the performance improvement brought by this optimization. (Tencent Technology Review / 皎晗)

Related news
A thousand years of hard work and strong look at the great development of AMD 50 years
AMD wants to send 16-nucleus Ryunosaurus? Intel threatens to disagree: dare to outperform real game performance
AMD CEO Lisa Su's higher-end Navi graphics card is already on the road.
AMD Su Zifeng talks about the company recovery: we have the opportunity to surpass Intel
Hot Chips Summit Lisa Su Lecture: The new thread tearer is on the road
AMD Su Zifeng:7 nm Zen2 notebook processor will be released early in the year, and 2020 will be the product year.
AMD Zen2 laughs as Intel's new 10 core CPU power explodes
Hot news this week
Britain and China are discussing involving Chinese enterprises in the construction of high-speed rail in the country
Amazon employee No.1: the giant is unstoppable, but there is evidence for the split
100% full screen? Samsung Galaxy note 20 first exposure: or in July
Xiaomi tmall super brand day ultimate battle report: the first sales volume of 61 items sold for 300 million yuan!
US announces import tariff on EU aircraft Airbus: Eventually will be paid by U.S. passengers
Paper clip Cope millet 10: Why is your home's Wi-Fi so slow?
It's worth a try to use the mobile phone with homogeneous appearance
Musk confirmed that the new Tesla Model s and model x range increased to 630 km
[multi figure] learn about the windows 10x system for dual screen devices
Fold for fold: is Motorola Razr really a 100% mobile phone?
The most popular news this week
Mattel announces the remote control version of Tesla cybertruck
Nail households finally take off their hats! Xiaomi 6 users change Xiaomi 10: Lei junbixin
U. S. cellular will use Samsung devices to promote 4G LTE and 5g networks
Netflix's rapid growth in the U.S. market slows down, aiming to seize the opportunity in the international market
Google to further update redesigned Google Maps
Reports claim the Trump campaign bought a headline ad space for YouTube on Election Day
Xiaomi appoints Wang Chuan as chief strategy officer Lee Hsiao-hsung takes over the DIRECTOR
NASA's MRO captures strange craters on Mars
Patent leak: Apple's new iPhone design is all screen
What is the richest town in America? Half a million dollars a year is less than the average