Gao Dongzhen points out that the company has guaranteed 3-4 months of spare parts inventory and is able to launch Galaxy Note 10 and the first folding screen in the second half of the year as originally planned.Mobile phoneGalaxy Fold. However, if Japan's trade restrictions with Korea continue for a long time, the relevant business will inevitably be affected. 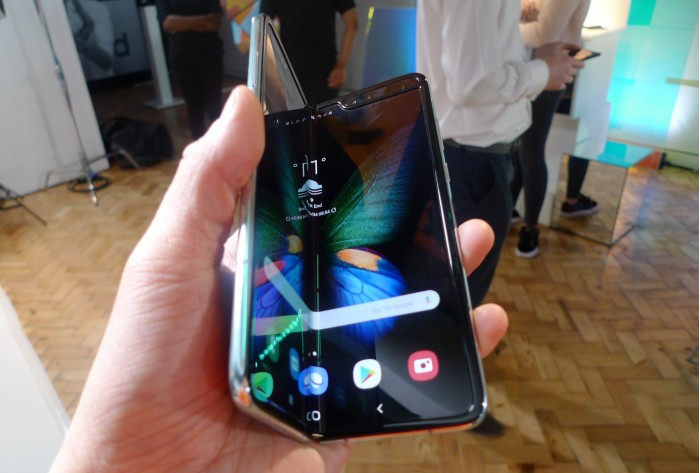 Gao Dongzhen said that the current situation is the biggest crisis he has faced since taking office as president. The global economic downturn and other multiple negative effects overlap, the development prospects of smartphone business are difficult to predict. But he stressed that there was no end to the road and that the company was doing everything it could to cope with the current difficulties.

Samsung Electronics was originally scheduled to launch Galaxy Fold in April, but found defects in the display screen during product evaluation, delaying its launch to September. In this regard, Gao Dongzhen said that from the discovery of product defects to the finalization of the time to market, it has been a great deal of trouble. The first batch had at least 1 million units in stock, but due to the delayed launch date, production has decreased. This year, the mobile phone will be limited in more than 20 countries around the world. But he did not mention the specific time of listing.

Related news
Hot news this week
Wechat has not done this function for N years! Use this app to make up for the defects of wechat
Gree's response to "being disqualified from winning the bid": a mistake made by the bidder in sorting out the materials
IPhone 12: it's more like throwing away the charger
Apple wants to know: what do you do with the charging head of the old iPhone?
Luo Yonghao comments on ideal one: Tesla Model 3 is not a car of a level at all
A 400-brand evacuation Facebook： the internet giant strangled?
How long can "Laoganma" carry on after winning Tencent?
ASUS main board leads Rog day fans Carnival highlights
The dotcom bubble? U.S. technology stocks surpassed their 2000 highs relative to the S & P 500
Tesla's warranty service suddenly shrinks: touch screen and media control unit halved to two years
The most popular news this week
Cut off the charger and headphones? Apple dares, Android manufacturers may not dare
NASA says Boeing has to address 80 issues related to the starplane
Blizzard publishes a lot of information about world of Warcraft: Shadow country: beta test next week
Musk thanked the Chinese team: he was closer to the second batch of $1.8 billion options
Microsoft's new proposal: fix Chrome's notification reliability on Windows 10 (Figure)
After Microsoft shut down mixer, ninja, the Internet game anchor, began to broadcast live on YouTube
Microsoft Teams Online Together Mode: Video Chat in Shared Virtual Background
Game developers can now use Project xCloud remote access Xbox development suite
Rest assured: Apple confirms arm Mac will still support thunderbolt interface
89 mobile phone applications banned by Indian Army