Suspected Huawei Mate 30 Pro real machine appeared in the subway: the largest screen in history, the proportion of ultra-high screen

After many exposures, a few netizens exposed a spy shot of a suspected Huawei Mate 30 series camouflage machine. The shooting location was on the subway. From the perspective of spy photos, although with a protective shell,But still can see the more square body shape, the double curvatureSurfaceSide screen, while using Liu Haiping design, the overall screen ratio is extremely highIt is more consistent with the details of the previously exposed spy photos. 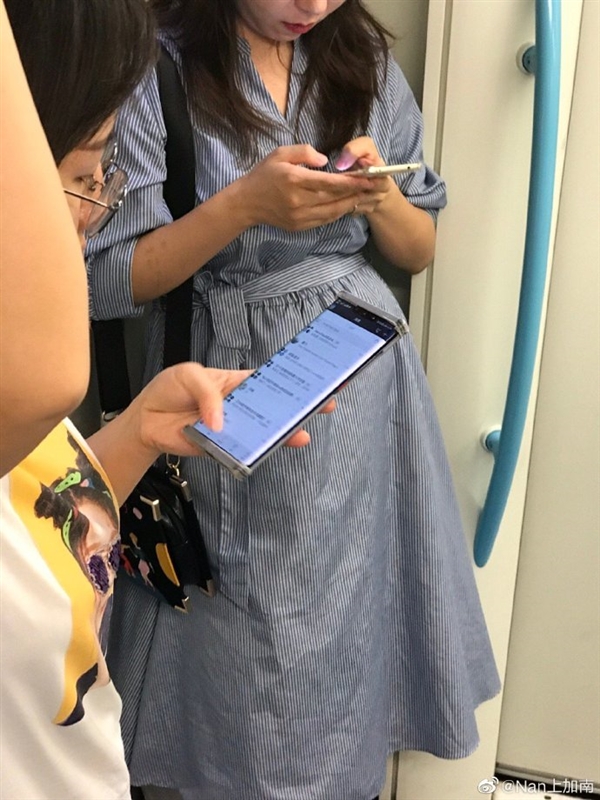 According to previous news, Huawei Mate 30 Pro has the largest screen ever. At the end of last month, the blogger @i冰宇宙 broke the news.The film factory has already produced the Mate 30 Pro film, the machine has entered the trial production stage, and said that "this film should be the most difficult surface film in history"(The curved screen with an inner bend close to 90 degrees).

As for the camera part that Huawei is proud of, it is said that the Huawei Mate 30 Pro is still a three-shot rear camera. The main camera is a 40-megapixel, 1/1.5-inch CMOS lens with a lens aperture of f/1.6-f/1.4. , RYYB pixel array.

The recently exposed shelled rendering shows,Huawei Mate 30 Pro back lens module changed from square to round (similar to Nokia Lumia 1020). 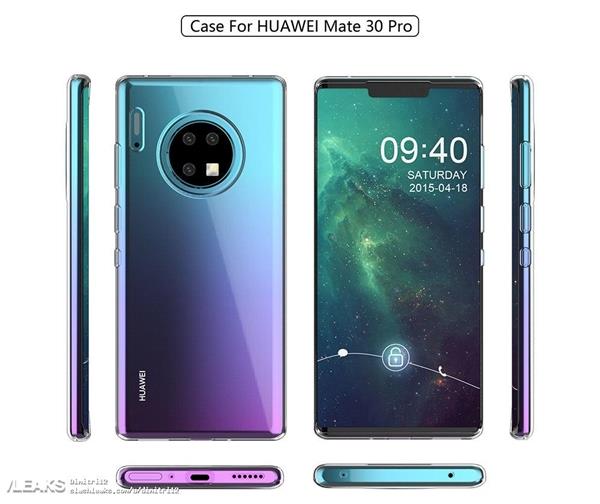 At present, the detailed specifications of the Huawei Mate 30 series are unknown.But it will definitely be equipped with the upgraded Kirin 9 series processor (originally rumored to be Kirin 985), support 3D face recognition, a high probability will provide 5G version, and pre-installed EMUI 10 system based on Android Q.

Related news
Huawei's annual flagship Mate 30 Pro is showing up. It's both surprising and disappointing.
Suspected Huawei Mate 30 Pro real machine appeared in the subway: the largest screen in history, the proportion of ultra-high screen
Huawei Mate 30 Pro form factor exposure: pre-installed EMUI10, or released in October
Mate 30 Huawei's "tragic flagship"
Hot news this week
Challenge the fierce rival Intel amd Su Zifeng: This is just the beginning!
Musk is going to blow up the rocket tomorrow
Huawei mate XS Ministry of industry and information technology access: equipped with Kirin 990 5g, better hinge / screen
Can't OEM 16nm chips for Huawei? TSMC: hard to estimate but ready for changes in export control at any time
Samsung Galaxy a71 5g exposure: equipped with exynos 980, square four shot
Magic mobile phone protection shell, match 20 Pro for sale, match 30 Pro for second change
NetEase cloud music and station B could be the only two accidents
Unsealed Taobao account in 980: no malicious refund
TSMC denies being pressured by the us to set up factories in the US: there is no final decision at this stage
Samsung Galaxy a71 5g exposure: cheap "note10" with exynos 980 and square four shot
The most popular news this week
NetEase cloud music and station B could be the only two accidents
Microsoft CEO: technology companies should protect data privacy just like human rights
CAAC: no refund fee for air tickets from 0:00 on January 24
President of Xiaomi International: Xiaomi still wants to enter the US market dominated by apple and Samsung
Over 80 million yuan of contract has been awarded to golde infrared for the application of self-developed chips in the prevention and control of pneumonia
Huawei Developers Conference Announces Extension: Change to Live Online as a New Pneumonia Epidemic
Microsoft chromium edge stable edition ushers in the "new tab" after function improvement
Huawei P40 Pro toughened film spy exposure: the effect of increasing screen curvature is worth looking forward to
DxOMark announces iPhone 11 score: 109 points, just equal to Huawei P20 pro of the year before
Google and Mozilla are sending cake to Microsoft's new edge team