In the face of NVIDIA's dessert card, AMD has the RX 5700 series benchmark, however, it is almost a one-man show of Lao Huang.

According to AMD CEO Su Zifeng, 7nm Navi has more products on the road. Tonight (August 9th), a reliable anonymous source broke the news that AMD is preparing two products that can compete with the NV flagship card, the core is Navi 21 and Navi 23.

Navi 23 is internally called “NVIDIA Killer” and targets RTX 2080 Ti.But it is not known whether to upgrade to the second-generation RDNA architecture based on 7nm+. In fact, this year, Navi plans to release in the first quarter, but AMD is postponed, and one push is for half a year.

However, according to AMD graphics chief Wang Qishang, AMD will speed up the graphics card. 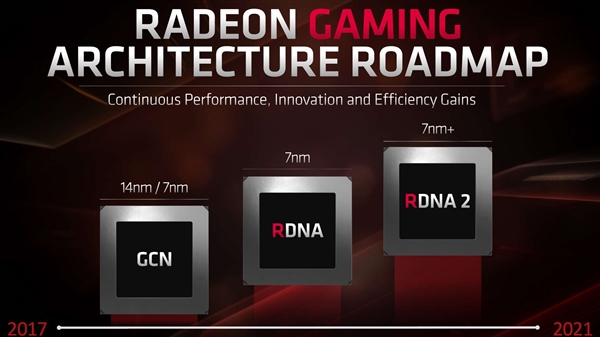 In addition, Navi 21 may appear as the first generation of RDNA at the end of this year, but this news is not clearly confirmed.

It is worth mentioning that although AMD always uses the same ecological maturity as an example to smother the ray tracing technology, NV's hype has already let players start to mind the existence of this technology, and AMD is PS5, Xbox. Scarlett's customized APUs are also hardware-level support, and AMD is not going to hide it. It is expected to be officially launched on Navi 23.

It is said that the RTX 30-series graphics card is also in the process of rushing. I hope that AMD will grasp the rhythm, and Navi 23 will be hit by the dimension reduction in a few days.