AMD Su Zifeng talks about the company recovery: we have the opportunity to surpass Intel 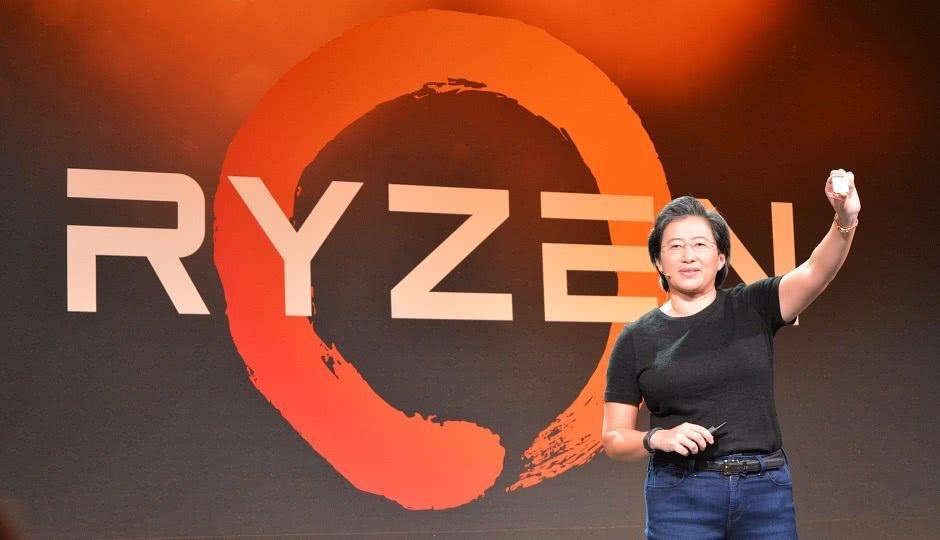 Netease Technology News, August 10 news, according to foreign media reports, AMD CEO Su Zifeng recently interviewed in the interview focused on how to make the company recover. She said that as Intel strives to develop next-generation chip manufacturing technology, AMD has the opportunity to surpass its long-term competitor Intel.

Su Zifeng said that this is why she hopes to increase the production of EPYC server chips quickly. At the same time, she said that AMD's success in the long run cannot be based on Intel's mistakes.

Su Zifeng said, “I expect our competitors to be really, really good. This means we need to get better. ”

For Su Zifeng, she wants to turn AMD's growth into “a great technological growth story”.

“We are very ambitious,” she said. “I don't want people to think this is a (temporary) thing. ”

Analysts now say that AMD will put a lot of pressure on Intel, including in the lucrative data center business, AMD's new server chip seems to outperform Intel, but the cost is significantly lower.

For now, even though AMD chips outperform Intel, they are priced lower. When asked if this is a normal state, Su Zifeng said that this is not necessarily a regular strategy, but she admits that AMD is still at a disadvantage.

Although AMD has achieved great success and is catching up with Intel, the company recently lowered its financial forecast for this year. Su Zifeng attributed this to the low expectations of the gaming machine industry this year.

She said: “If we don’t consider the gaming machine business, our new products will grow at an annual rate of about 20%. ”

She added that when the new generation of consoles really debut, they will also be equipped with AMD chips inside, which will give the company another push.

At the same time, one area where Su Zifeng had to change direction was all over China. AMD previously licensed a technology to sell lower-performing products in China through a joint venture, but then AMD changed its strategy.

“China is a huge market; it is a market that is important to all of us in the tech world,” said Su Zifeng.

Su Zifeng said that the best way to gain a technological lead is to continue investing in research and development. She said, “The key is to decide where to focus. ”“ I think this is the key. ”

Related news
A thousand years of hard work and strong look at the great development of AMD 50 years
AMD CEO Lisa Su's higher-end Navi graphics card is already on the road.
AMD female director Su Zifeng will leave, want to be the IBM successor? Su Ma rushed
AMD Su Zifeng talks about the company recovery: we have the opportunity to surpass Intel
How is AMD's AI strategy different from Intel and Nvidia?
Su Zifeng, amd CEO, was selected as Bloomberg's 50 person of the year. This summer, there was a rumor about his resignation
AMD Zen2 laughs as Intel's new 10 core CPU power explodes
Amd has the best chance to compete with Intel, but it still needs to be patient in the server CPU Market
Hot news this week
Wechat has not done this function for N years! Use this app to make up for the defects of wechat
Gree's response to "being disqualified from winning the bid": a mistake made by the bidder in sorting out the materials
IPhone 12: it's more like throwing away the charger
Apple wants to know: what do you do with the charging head of the old iPhone?
Luo Yonghao comments on ideal one: Tesla Model 3 is not a car of a level at all
A 400-brand evacuation Facebook： the internet giant strangled?
How long can "Laoganma" carry on after winning Tencent?
The dotcom bubble? U.S. technology stocks surpassed their 2000 highs relative to the S & P 500
ASUS main board leads Rog day fans Carnival highlights
Tesla's warranty service suddenly shrinks: touch screen and media control unit halved to two years
The most popular news this week
Arm China's 32-bit embedded processor IP "Star" has 7 projects
Sources say the U.S. Department of justice is conducting a criminal investigation into wirecard
Google Chrome browser status_ Access_ Crash due to violation error
LGBTQ community Blue City brothers once soared more than 124% in the market
Without headphones and chargers, the iPhone 12 is even $50 more expensive
Microsoft's free benefits! How to save win10 beautiful lock screen wallpaper
Garmin launches a series of new smart watch products with solar charging
NASA Sherloc will travel to Mars to search for evidence of life
Google slide shows Android 11 may be available on September 8
ASUS announces lingyao 14 sharp dragon edition Notebook: lighter than me, not thinner than me