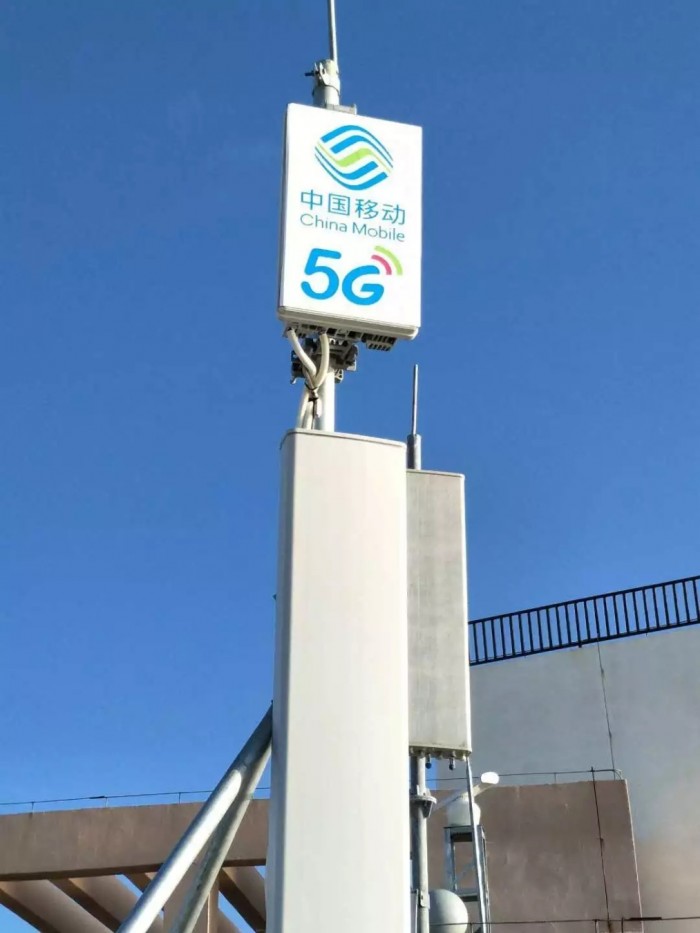 The reporter is hereChina MobileThe Group's public relations department verified that it has not yet responded as of the press release. After obtaining the 5G commercial license issued by the Ministry of Industry and Information Technology, the operator started the 5G project, China Mobile, the telecom giant with a market value of tens of billions and revenue of 100 billion yuan. The 4G era has the world's largest base station scale, compared with 2.71 million in the country. The number of 4G base stations, the 50,000 5G base stations in the early 5G is not a big project, and only this year.

On August 8, the just-released China Mobile's interim results have already shown its operating pressure and the 5G market that has not yet been opened. According to the above-mentioned sources, China Mobile is preparing to purchase in the form of rent purchase. And negotiated related matters with the main equipment supplier, and finally the two sides reached a consensus on the leasing model. Even so, opinions from the national level still make China Mobile change this decision.

The base station system is the most critical infrastructure in the 5G network and the heaviest part of the carrier network construction. It is called the “lifeline of the operator” in the industry. The common form is that those stand on the top of the basement tower of the street, usually with a few gray-white square boxes.

The traditional procurement mode of the base station system is that after the operator has designed, selected, and surveyed the previous equipment, the main equipment supplier (the Chinese market participants mainly haveHuawei, ZTE, Ericsson, Nokia) Purchasing base stations by tender, and purchasing multiple rounds before and after, is a long-term process. For a base station purchased by rent, the property right does not belong to the operator, and the operator pays the equipment rent.

Regarding whether China Mobile had negotiated with the main equipment supplier to rent and buy, Huawei reported to the economic observer that it could not respond because it involves customer information. “Operators have tried similarly in small-scale procurement, about a few hundred sets for network testing, but large-scale procurement has not been done yet.” A person from China Telecom Group on the economy on July 30 According to the observation report, "network equipment is a heavy asset, with large investment, long return period, and fast elimination." "Compared to direct purchase, base station leasing can save a lot of money," said Li Wei, senior analyst of the Information and Communication Industry Research Center of CCID Consulting Co., Ltd., using base station leasing in the 4G era as an example. Renting a 4G base station requires 2400. Yuan/month, electricity fee is 1000 yuan/month, operation and maintenance cost is 600 yuan/year; and the cost of purchasing a base station is 300,000/set, and various costs such as transmission and tower are counted together, and the cost per base station is about 400,000.

Li Wei said that a base station can have antennas and equipment for multiple communication of 2, 3, 4, and 5G, but as long as a rent is paid, it is obvious that the lease method is more reasonable.

At the same time, a China Unicom insider reported to the Economic Observer on July 30 that it would buy on rent and cost, so that the future could reduce the decline in profits caused by the depreciation of a large number of 5G equipment. For example, if an investment is 10 billion yuan, then the rent method can be used to pay hundreds of millions of rents per month, and the cost pressure is much smaller.

The above-mentioned China Mobile Group said that the Group originally planned to purchase 50,000 5G base station projects in the first phase, adopting the form of renting and buying, and negotiating related matters with the main equipment vendors. Finally, the two parties reached a consensus on the leasing model.

According to the source, the recent comments from the top of the country broke the decision, and China Mobile finally decided to purchase the batch of base stations in commercial products according to the original model. He said that it is a market behavior to rent and buy. The state believes that operators should consider the problem from the perspective of the state, and hope that operators can invest 5G as much as possible.

Because of its high speed, low latency and open architecture, 5G can meet hundreds of millions of devices to access the network, achieve a true "Internet of Everything", and create an unprecedented scale of emerging industries.

In addition to the business vision, in the moment, the operator's 5G construction will also drive a lot of investment. Just one base station contains many components such as antennas and RF modules. There are dozens or even hundreds of market participants behind each component. The arrival of 5G requires more technical integration. Behind a 5G base station, there are communication equipment vendors represented by Huawei and ZTE, and a 5G industry chain covering hundreds of companies.

At present, the country has shown high expectations for 5G, and from the local to the capital market, it is rushing to 5G. Most of the stocks in the 5G sector of the capital market are companies with supply relationships with operators or equipment vendors. In the past six months, they have been repeatedly asked by investors to participate in the 5G bidding and winning the bid.

However, it is not only an operator of network builders but also an industry-driven operator, and faces operational challenges.

On August 7, people from China Mobile Group said that from the perspective of business operations, we believe that it is not appropriate to do too much 5G investment in the second half of this year. An important reason is that China Mobile has a lot of pressure on its business. Investing in 5G also requires investing 4G. It can only seek some networking methods that guarantee quality and cost.

On August 8, China Mobile announced the first half of the 2019 financial report, the stock price fell 5%: the listed company with a market value of trillions of dollars and revenues of 100 billion yuan, the first year of revenue and net profit decline. The earnings report said that the company's income and earnings are under greater pressure.

According to the Ministry of Industry and Information Technology, in the first half of the year, the industry experienced the first negative growth for many years, and the revenue of mobile communications business of the three companies decreased by 4% year-on-year. However, the growth rate of industry traffic is still high. Mobile Internet traffic has doubled, with a year-on-year growth rate of 107.3%.

The increase in user traffic means expanding the existing 4G network. According to the financial report, China Mobile has built 300,000 4G base stations in the first half of the year.

Waiting for the 5G market to open

The operator is carrying heavy weight, and is 5G really open?

At present, operators are deploying base stations in pilot areas in dozens of cities in China. Take Beijing as an example. From Changan Street to West Financial Street, there is coverage of 5G networks. However, the above-mentioned China Mobile Group people told the Economic Observer that although these base stations were arranged, they did not power up for some time periods, and the white boxes on those towers were only there.

The above-mentioned China Mobile Group said that because there are not many 5G users this year, 5G has no relevant standards, and the network is still based on testing. This is also an important factor to consider buying on rent.

The White Paper on China's 5G Industry and Application Development published by CCID Consulting pointed out that 5G is still in the planning stage, and concepts and technologies have not formed a unified standard. At the same time, global 5G still lacks unified industry standards, and all parties compete for discourse. Right, is in a fierce game.

In June, after the 5G commercial in China, the first batch of 5GMobile phoneHas entered the market. However, CCID Consulting predicts that the penetration rate of 5G mobile phones in China will only reach 2% next year. In May of this year, Qin Fei, the director of research and development of vi-vo5G, which has launched the first 5G mobile phone, told the Economic Observer that it is predicted that the sales of 5G mobile phones will not be too large this year, mainly for some early adopters.

Compared with the sales of 4G mobile phones in China's mobile phone reports, the 5G sales on the open platform are much less. Currently, the mobile phone brands that are officially launched in China are only ZTE Axon10Pro5G. Sales, as of August 9JingdongAccording to sales data, the product has more than 200 evaluations in Jingdong, and the second round of reservations is around 55,000. For the Huawei Mate20X5G version, which will be launched on August 16, Huawei's official website, Jingdong, and Tmall have a total booking volume of about 610,000.