Foreign media to get started Apple Card fruit card is easy to use?

In March of this year, Apple held a special launch conference, and launched three services: streaming Apple TV+, game subscription Apple Arcade, and credit card Apple Card. The first two services will be officially launched this fall, and after a period of internal testing, Apple Card officially opened to some invited users in the near future after the release of iOS 12.4. Recently, foreign media has obtained this test qualification and detailed the experience of Apple Card. 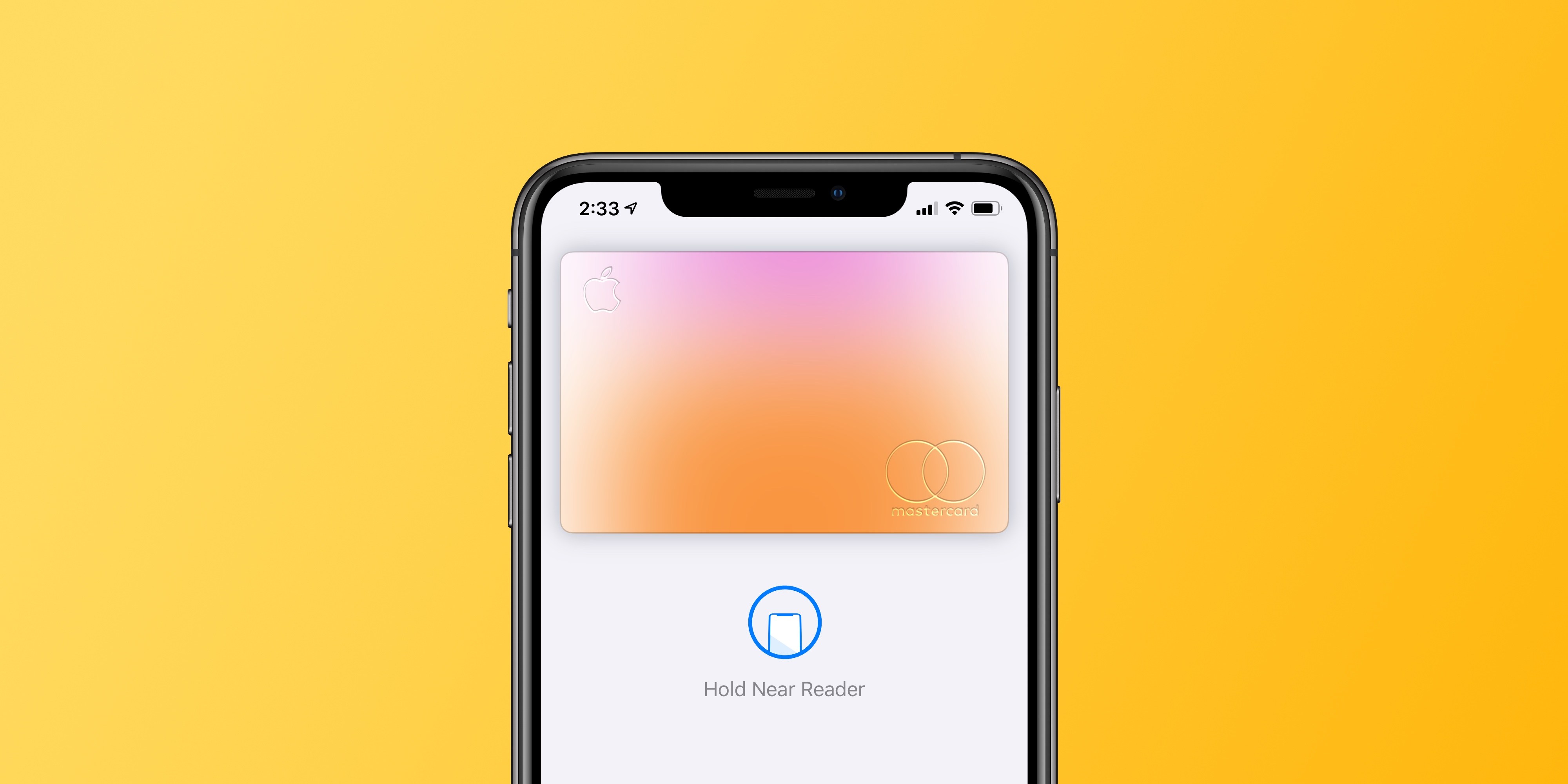 The Apple Card is currently in the early stages of being rolled out to users and is currently only available to invited users. Foreign media said they received an email from Apple saying, "Do you want to be the first person to use an Apple Card? This is a new type of credit card introduced by Apple, not a traditional bank. Starting today, we Give you early access so you can help us prepare for a public release. This means you will experience the Apple Card before others."

There are exceptions, however, that some users can apply for an Apple Card in the wallet application without receiving an invitation email. So if you don't receive the email, you can try it in the wallet app. 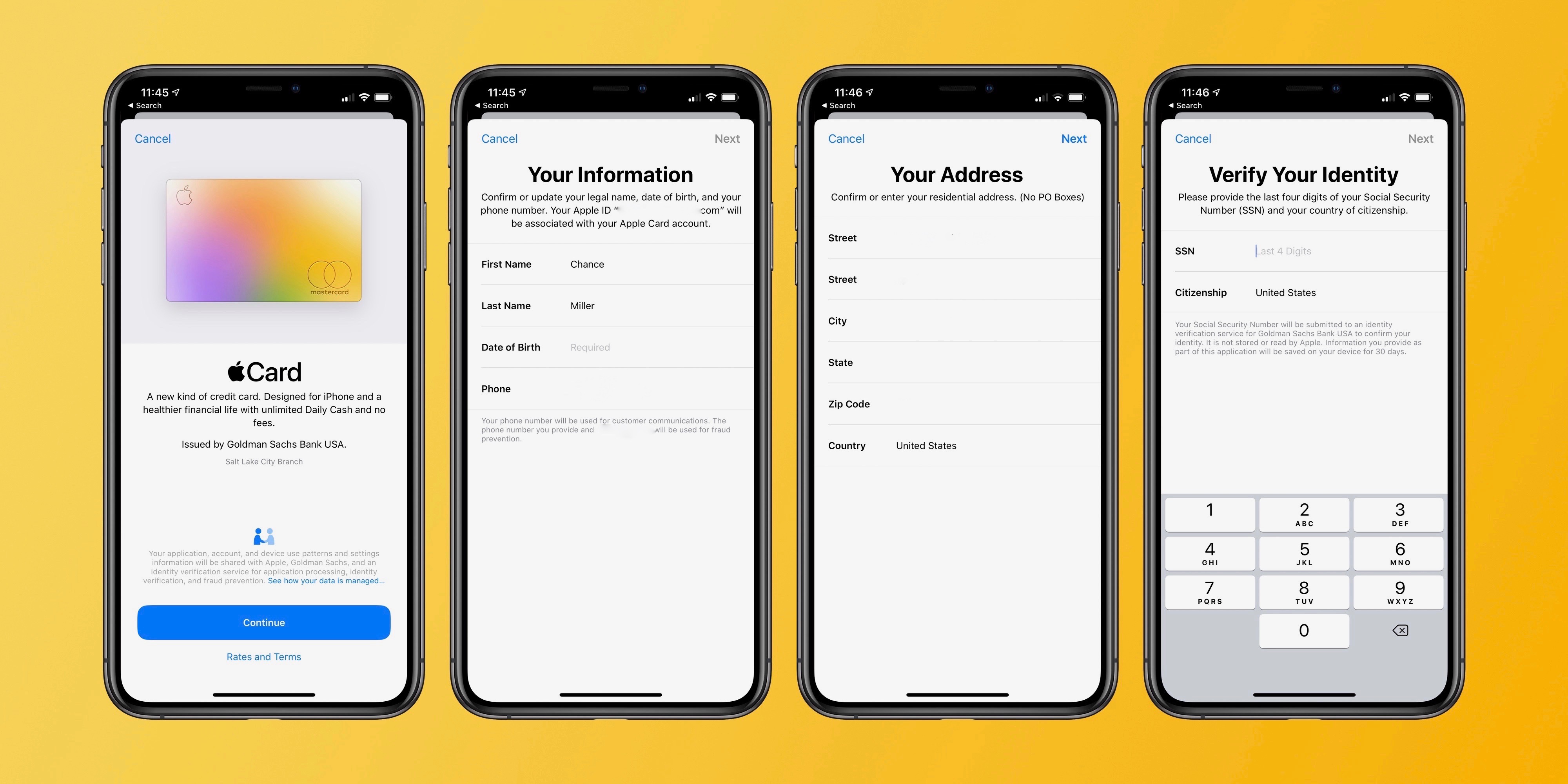 The Apple Card application process is very simple. Once you are invited to test, simply go to the Wallet app and apply. The application process needs to fill in the name, birthday, mobile number, address, and social security number, but most of them will be pre-recorded with the information you left on the Apple ID. The information you need to manually enter may be only birthday and social security card information. After filling in all the information and agreeing to the Apple Card Terms and Conditions, the application information will be submitted to Goldman Sachs for approval. You can also apply for a physical Titanium Gold Card, which Apple said will be issued within 6-8 business days. 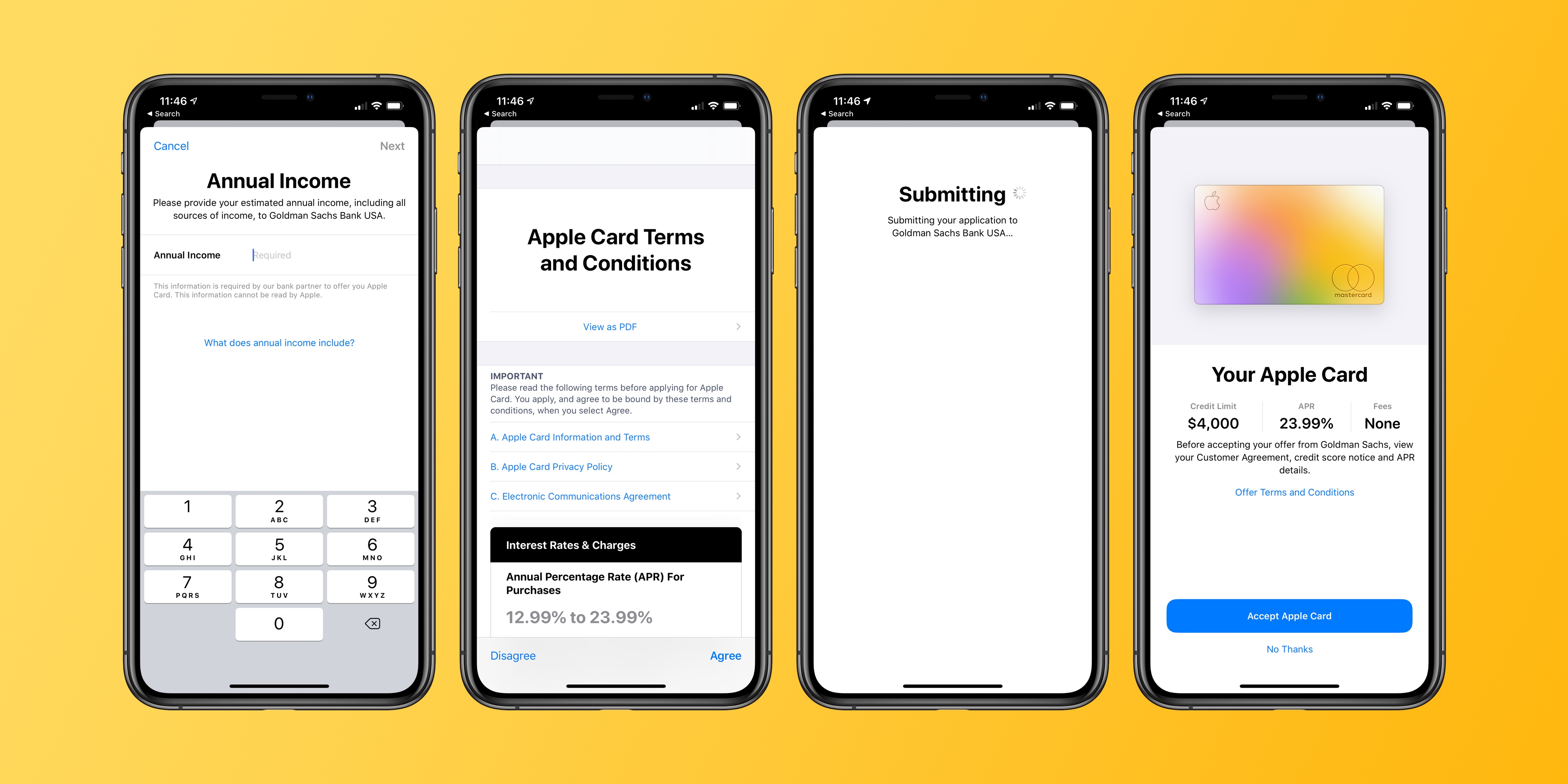 According to foreign media, it took only about 30 seconds from submitting the application to obtaining approval. Apple provides a clear interface to display Apple Card credits, interest rates, fees (zero) and more. You can click on the link to view it in detail and then choose to agree or reject.

At present, Apple Card is only open to a small number of people, so it is difficult to determine the scope of its quota. Although at the time of applying for Apple Card, the foreign media said Goldman Sachs had checked the TransUnion credit report, at least for now, there was no indication that they had conducted a hard credit check on (hard credit check).

In terms of quota, foreign media said that his Apple Card received a quota of 4,000 US dollars, and the interest rate is between 12.99% and 23.99%. Due to the Fed's recent interest rate cut, the benchmark interest rate is slightly lower than the data previously given by Apple and Goldman Sachs. 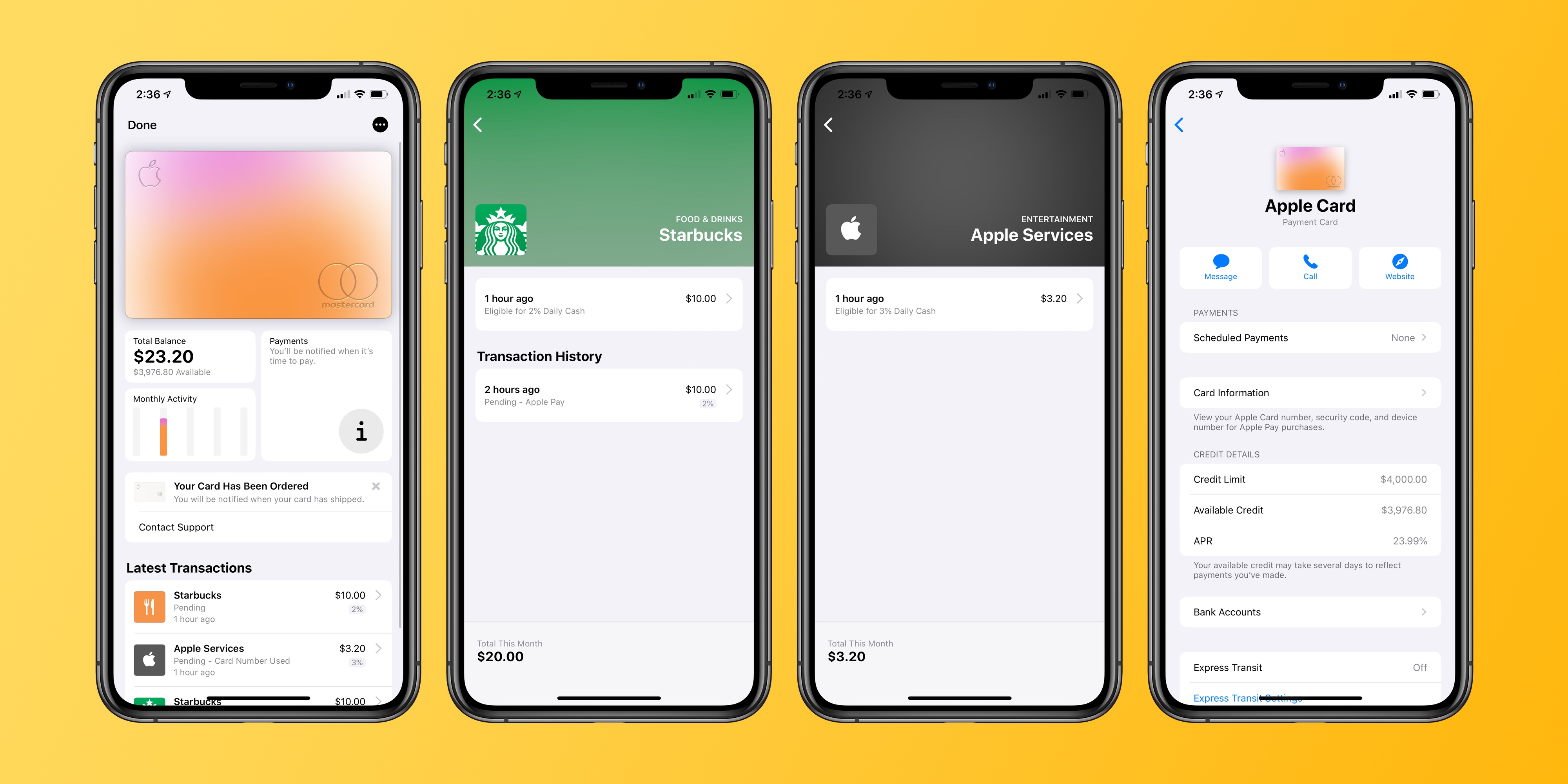 As an in-house credit card, Apple Card's operations and wallet apps are highly correlated with Apple ID, which also allows many operations to be done within the system without the need to download additional apps. Open the wallet app, you can see an Apple Card virtual card, the card surface is a simple, flowing heat map, the color of the display is automatically generated based on the type of consumption you consume. For example, in the past few days, I have purchased Starbucks coffee with this card and purchased apps and games on the App Store, so the card face shows the fan + orange color.

At the time of repayment, Apple Card allows you to pay the full amount, the current amount due or other amount. It will also show you the details of the interest charges associated with each payment method, plus automatic repayment in conjunction with the payday.

If you have problems that you can't solve when using Apple Card, you can contact Apple officially. Click on the icon located in the upper right corner of the Apple Card page to contact Customer Support via Apple Business Chat, phone or website. On this page, you can also manage scheduled payments. If your Apple Pay is already bundled with another bank card, you can use this card directly for Apple Card payments without rebinding. In addition, this page can also query Apple Card card number, expiration date and other information.

The above mentioned operations are all based on the iPhone. What about Apple devices that don’t have a wallet app? Apple certainly considers the needs of this group. For example, the Apple Card's page on the iPad is located in "Settings> Wallet and Apple Pay", but the experience of this page is not as natural as the iPhone wallet application. Maybe Apple will consider it later. It’s not necessary to launch a wallet app on the iPad. As for Apple Watch, the Apple Card is used in the same way as other bank cards/credit cards that are bundled with Apple Pay. You need to double-click the side button to activate it. 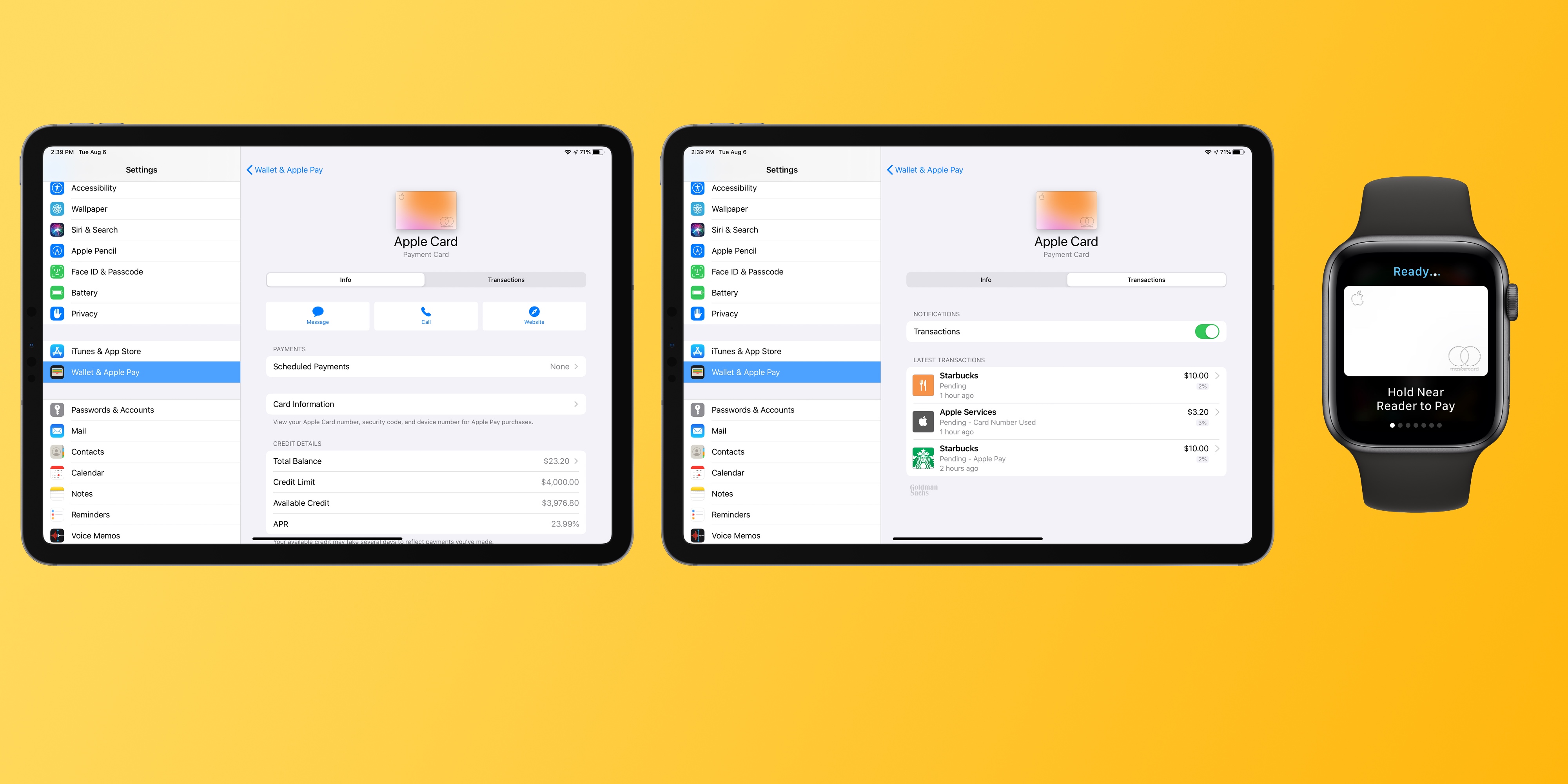 While you may be able to find many credit cards that offer cashbacks that are more favorable than Apple Cards, the cashback rules provided by Apple Card are by far the easiest to use: 3% on the Apple Store, App Store, or subscription to Apple services. Now, when you use Apple Pay, you get 2% cash back and 1% cash back with physical card purchase. After each transaction, the wallet app will display the cash back amount you received in real time.

In addition, since Apple Card operates within the scope of MasterCard, you can also enjoy MasterCard benefits such as travel deals, special events and more.

Cashback of Apple Card will be issued via "Daily Cash". At the end of each day, you will receive Apple Pay cash for the day's reward. You can use Apple Pay to transfer the money or transfer it to your bank card. Compared to other credit card companies, the Apple Card's cashback experience is better and more intuitive, as traditional credit cards typically provide cash back during the billing cycle.

1. The Apple Card Solid Titanium Card does not have a card number, so you will need to work with the Wallet app to view the details. For shopping sites that do not accept Apple Pay, your Apple Card number will be automatically filled in to Safari to complete the transaction;2. The Apple Card card number is "semi-permanent", which means that unless your card is lost or there is a problem with theft, you have the opportunity to change it;

Related news
Apple Card test expanded to thousands of Apple retailers
Apple Card Apple Credit Card Experience: Integrating with iOS is the Core Advantage
Foreign media to get started Apple Card fruit card is easy to use?
Apple Card hands-on video
Apple Card Titanium Card is beautiful but easy to wear
Foreign media evaluation of Apple Card: is more like an experience than a reward "generator"
Apple card's clearing partner MasterCard is approved to operate in China
Apple plans to launch 12 interest free installments of Apple card services
Hot news this week
China has found 35 known cases of the new zoonotic virus Langya
Losses in a single quarter of $ 23.4 billion a record, SoftBank did not carry the plunge of technology stocks and the devaluation of the yen
The prevention and control of the American Monkey epidemic has failed. What should I pay attention to?
Is the micro -business headache? WeChat friends are suspected to have a big move: 7 can only be posted a week
Kuaishou launched a self-developed cloud intelligent video processing chip: The chip has been streamed successfully
The new product of Xiaomi MIX is coming: both internal and external dual -screen has been upgraded to make up for the previous generation.
A new zoonotic virus, Langya, found in China has not yet been confirmed to be transmitted from person to person
Ministry of Public Security: Single telecommunications network fraud continues to cause 40 % of all electrical fraud cases
Special price "kill ripe"? Bike-sharing platforms have different prices for the same package for different users
A tech company in Shanghai has been fined 220,000 yuan for swiping orders to improve its ranking on Yelp
The most popular news this week
Executives' stole 'chip technology to set up a company and sold it to employers for 1 billion yuan
The total sales volume of PS4 may set 117.2 million units currently ranking fourth in sales machine sales
MacOS Ventura feature page removes third-party app 'Hide My Email'
Yuyuki Kobayashi joins NetEase game! He worked on Devil May Cry 4 and Resident Evil 4.
Cyber violence governance needs the concerted efforts of all sectors of society
WeChat releases a new specification for the public account avatar setting, and the official news reminder is prohibited
After the U.S. chip bill takes effect, the manufacturer's snatching subsidy war is even more intense
Thousands of flights in the United States are delayed or canceled: User collapse extreme weather is frequent
Off the shelves one after another! The Sogou search App followed in the footsteps of Sogou Map
Xiaomi MIX flagship top with price reduction: consistent with the price of 12S Ultra