Ren Zhengfei Signed a New Email: In the past, to earn a little money, now to defeat the United States 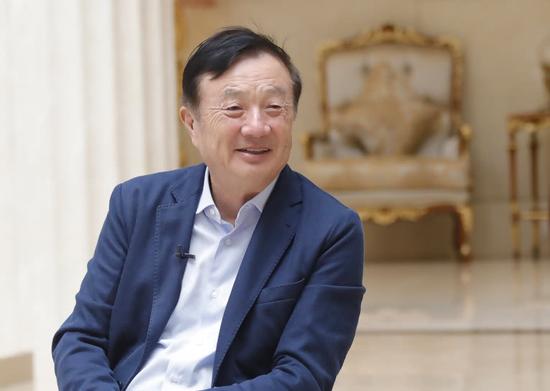 Ren Zhengfei said in his speech thatHUAWEIThe terminal business "fuel tank" is exploded (chip is engine, ecology is fuel tank), and it is too late to establish ecology, which may encounter a difficult "long march". On August 9, Huawei released its own operating system, Harmony OS, to the world at the Global Conference of Developers, which is the world's first full-scene distributed operating system based on micro-kernels. However, without an ecological operating system, Huawei's terminal business CEO Yu Chengdong said in an interview with the media: "When Huawei was very young in China, it went to sea and achieved the first place overseas, far surpassing China in the overseas market. Chinese Internet companies are not determined enough to do well at home and abroad, and call for "Chinese Internet companies to go to sea together".

Practice has proved that Huawei has a team that can win the battle. It concentrates on two years of critical time to complete the development of Hongmeng system, Hongmeng can not only replace Android, but also support the existing global standards. In the case of necessity, Huawei can overnight, all HuaweiMobile phoneAll upgraded to Hongmeng system.

Ren Zhengfei said in his speech that "talent beacon" should be lit up and more "gamma globulin" should be absorbed into Huawei's talent system and organizational platform. Five years later, a team should be set up to welcome victory. What kind of victory should we welcome? Ren Zhengfei believes that not 5G, 5G is only pediatrics, artificial intelligence is the big industry, is the strategic focus of Huawei's development. Among the three core elements of AI development, the United States has supercomputing and super storage, but there is no over-speed connection. If it does not use 5G, it will surely lag behind.

Ren also stressed that Huawei is confident that it will make up the holes in the "rotten aircraft" in an all-round way and withstand the blow of the United States. "Huawei, a"two-legged son", has not yet died from the mad suppression of one of the world's most powerful state organs."

To live is to win!

The following is the full text of the speech:

How the Steel Was Tempered

I have talked about how steel is made. In fact, in the current difficult period, Huawei is making steel. All Huawei employees, like iron ore, have to go through the torment of poisonous fire, get rid of slag and come out of hot metal; add some minerals to hot metal, remove impurities such as sulfur and phosphorus, and turn into molten steel; molten steel into ingots; steel ingots made by thousands of hammers are pressed and rolled into steel. Are Huawei's employees suffering more than a thousand hardships? Only steel itself knows the pain of steel, and only Huawei employees and their families know the pain of Huawei employees. Therefore, our company is doomed to be a bumpy road to become a world leader. CNBG repaired the "hole" and began to resume the pace of progress, while CBG's "Long March of Ten Thousand Miles" took the first step.

First, CBG may encounter a difficult "long march" and survive is victory.

When the terminal developed very fast last year, I repeatedly reminded Yu Chengdong to "beware of Incheon landing." In the past, we used to use CBG as the company's. 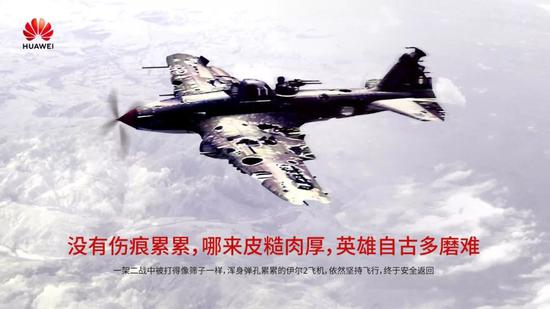 Last year, we also said many times that "CBG is Huawei's ballast stone", so you swear to be the company's "Mudanjiang" and "Tashan" in the sanctions. Now that your "tank" has been leaked, CNBG's "hole" has been mended, and CNBG has become your ballast stone, helping each other. Judging from the current situation, the company is confident to make up for the holes in the "rotten aircraft" in an all-round way and to withstand the blow of the United States. Huawei, a "two-legged son" who has been subjected to the mad suppression of one of the world's most powerful state organs, has not died yet. To survive is to win. Don't pursue high financial targets.

We are not going to live in earnest. In these three to five years, we must complete the transformation of the team. Select excellent cadres on the front, promote them in trenches, and build up a very strong elite army. In battle, they should be further reformed and their shortcomings eliminated. Huawei is confident and determined to go through this difficult historical period. The organization should be constructed according to the wartime situation, remove and merge some unnecessary and repetitive organizations, and transfer the control of the organization from control to service support and supervision, so as to make the organization full of vitality.

At the same time, we also have to introduce all kinds of gamma globulin.

In the current historical period, we should fully recognize our historical mission, move forward steadfastly, and establish flexible strategies and tactics. CNBG is determined to break through a "city wall" and build the fastest, most timely and best connection system in the world. I understand and support it. Focus on firepower, focus on power, cut down branches, rush on it, tear it apart, develop vertically and expand horizontally. As you all know, when I met with reporters, I talked about 5G: "5G is a pediatric department, too much attention is paid to it." In fact, 5G is just a tool like a screwdriver. A screwdriver can make a car, but it is not a car. It has no practical value to leave the car. 5G provides high bandwidth and low latency. It supports artificial intelligence, which is the big industry. Why did we want CNBG in the past and let CBG earn money as a sideline to support CNBG? That is to let CNBG stand on the world's "Shangganling" and be able to dominate the world. Artificial intelligence is another opportunity to change the pattern of the information society. It needs the support of supercomputing, super-large capacity data storage and super-speed connection to achieve. The United States has supercomputing and super storage, but there is no speeding connection, because the U.S. optical fiber network is inadequate, and it does not need the most advanced 5G, it may be a step behind in artificial intelligence.

Therefore, we should use flexible and flexible mode of operation, flexible and flexible to change the way of R&D, so that Huawei can adapt to future conditions and survive. Of course, the slogan we are shouting today is not to survive, but to "win." I believe that victory must belong to us.