Recently, Google announced on its official blog that it will launch its Google Maps AR navigation function, Live View (beta version), to Android and iOS devices that support ARCore and ARKit starting this week.

It is reported that Google released this feature at the I/O conference in 2018, and began testing it among Local Guides users in February this year, and then landed on Pixel mobile phone in May this year. 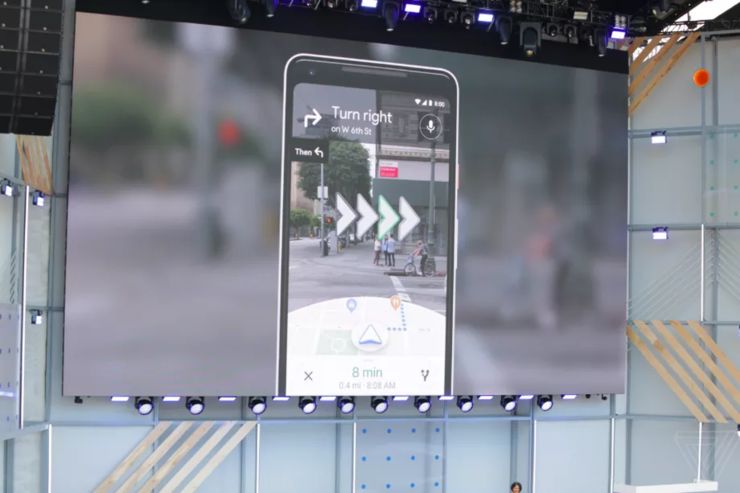 Unlike traditional GPS positioning, Live View uses a visual positioning system, which is based on the principle that users can scan the surrounding environment through a camera after positioning the mobile phone by GPS, and then cross-contrast the scanned visual images with Google Street View data to achieve more accurate positioning.

In addition to locating more accurately, the advantages of visual positioning include that the route indication overlapped by AR in real environment can make it easier for users to see the route and direction. At the same time, the traditional 2D map will be displayed on the screen to ensure that users will not go wrong again.

Lei Feng learned that Live View functionality was previously available only to registered users of the Google Maps beta and at level 5 or above in the Google Local Guide Plan, as well as users of Pixel 3a, Pixel 3a XL and older Pixel smartphones.

However, the iOS-oriented and Android-oriented launch heralds that it will become one of the fixed features of Google Maps, while considering that Live View is based on street map data, there is less support for indoor navigation.

Not only that, but Google has also built a prototype phone for it. Tango project leader Johnny Lee has said that the phone is equipped with hardware and software that can draw a complete 3D map of the surrounding environment. The sensor speed can be fast enough to update the surrounding geographic location in real time, and quickly convert these data into a 3D model.

However, Google has not licensed Tango's technology to any third party, and it can only buy a few pieces of hardware that Google officially supports if it wants to use Tango. At that time, these mobile devices did not attract too much attention in the market. Since then, with the launch of ARCore and Tango's own limitations, Google stopped the Tango project in December 2017. (See Lei Feng's previous report.)

ARCore is an Augmented Reality (AR) software development toolkit officially launched by Google in August 2017. It takes advantage of the advances in cloud software and device hardware to put digital objects into the real world and provides a platform for developers to develop AR APP. However, it is noteworthy that ARCore was launched after Apple launched ARKit.