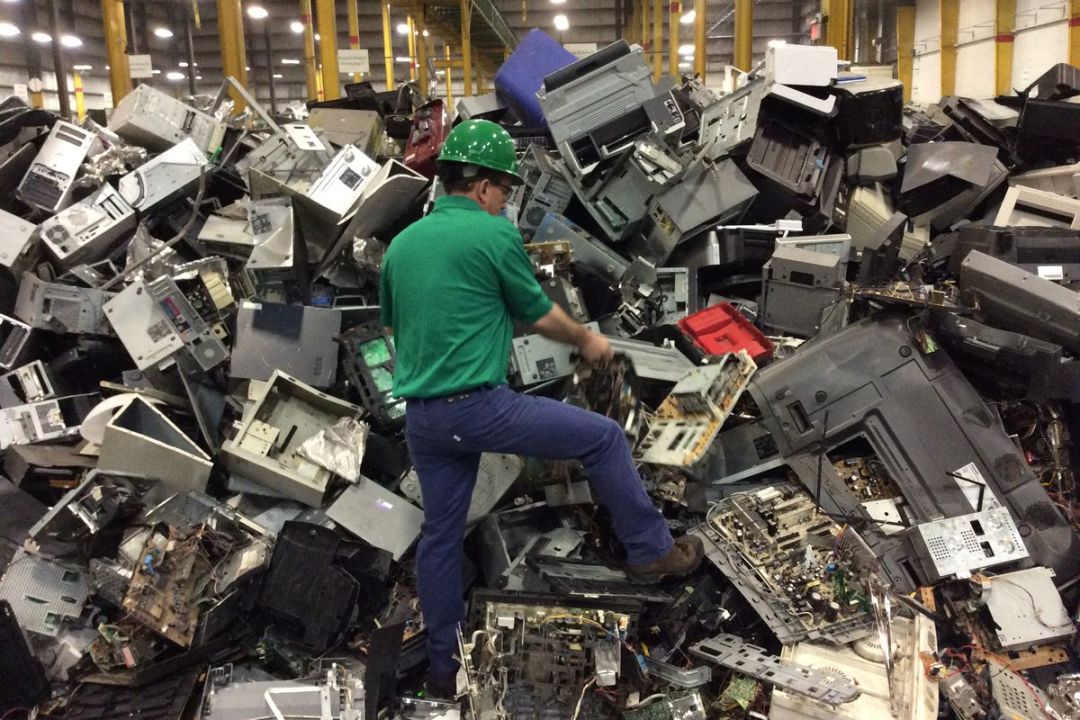 As soon as the regulations came out, the barrels of these four colors completely changed the lives of the people of Shanghai. 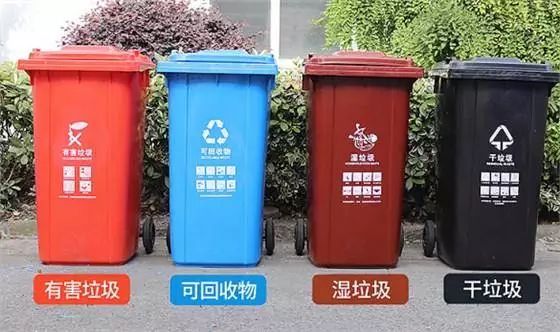 But a new type of garbageCloud garbage

Maybe this kind of garbage household will not produce, and it is far from people's life, but do not underestimate this part of garbage, which is a huge market worth 300 billion dollars!

But recycling this kind of garbage is not easy, because it involves many hard drives with personal data of users, improper handling is very likely to cause.Data Leakage! Many of the big tech companies are worrying about it, and even gave birth to a special recovery.

As we all know, we are now in an era of data explosion. The global demand for data storage and cloud computing is increasing, and the number of large data centers is also increasing. Citigroup's research shows that investment in cloud infrastructure has increased dramatically since 2015, with an average annual growth rate of about 16% in the market quota for data center-related equipment for this year and next. 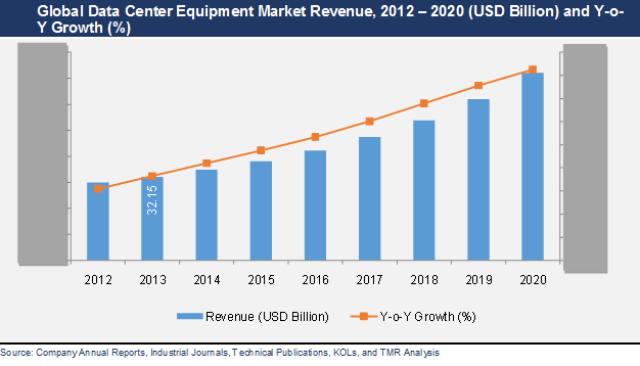 Why do you say that? A report on Enterprise Network lists such a set of data. A medium-sized data center generally has about 3000 racks, and a rack can hold 10 servers.

This means that the first batch of equipment has exceeded its useful life and has become a huge amount of e-waste. And the current situation of high-speed iteration of this technology is creating a new market.Cloud Recovery。 It is estimated that the market is about $300 billion.

Some devices in the data center (such as processors, fans, etc.) can be separately dismantled and resold in the electronic market. They also contain metals such as aluminium, copper and steel, which become more valuable as large economies such as China rely more on consumption rather than exports to drive economic growth.

Sims and ERI participated in a small number of cloud computing material recycling pilot projects in the United States, and predicted a significant increase in recycling in the next few years. Increasing trade barriers and weak commodity prices have impacted corporate profits. Cloud recycling may be the new profit growth point for these recyclers. 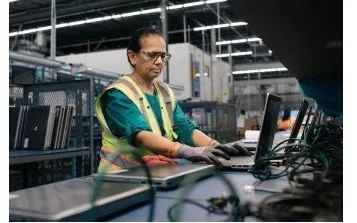 2. It's not just about selling and dismantling.

In 2018, the total annual capital expenditure of Amazon, Microsoft and Google exceeded $60 billion, an increase of 50% over the previous year. All three companies operate very large-scale cloud computing networks and data centers, and are constantly upgrading and expanding.

Amazon, Microsoft and Google are all cautious about disposing of obsolete devices because of concerns about the security of sensitive data.

Some companies require recyclers to tear down servers and record the whole process on the spot, while others hire security personnel to protect them with guns on their way to scrap farms. Coupled with the fact that the industry is

Google likens its data center to a seat that is filled with servers, drives, routers, and other components 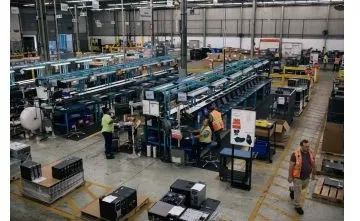 Alistair Field, chief executive of Sims, an Australian listed company, believes that the data center recycling business will emerge in 12 to 18 months and will gradually improve in the next few years.

He estimates that since 2025, about 2 million tons of abandoned equipment have been dismantled and recycled each year. And for what professional third-party recycling companies need to do, Field says:

Even if SSD hard disk is physically destroyed, the data can still be found.

If the enterprise decides to physically destroy the disks, the destruction of SSD hard disks will cause more trouble.

Although very large cloud computing providers like Microsoft Azure and Google Cloud use shredders to process drives (Google uses robotic automation to destroy them), this is rare in traditional enterprise data centers and quite expensive. 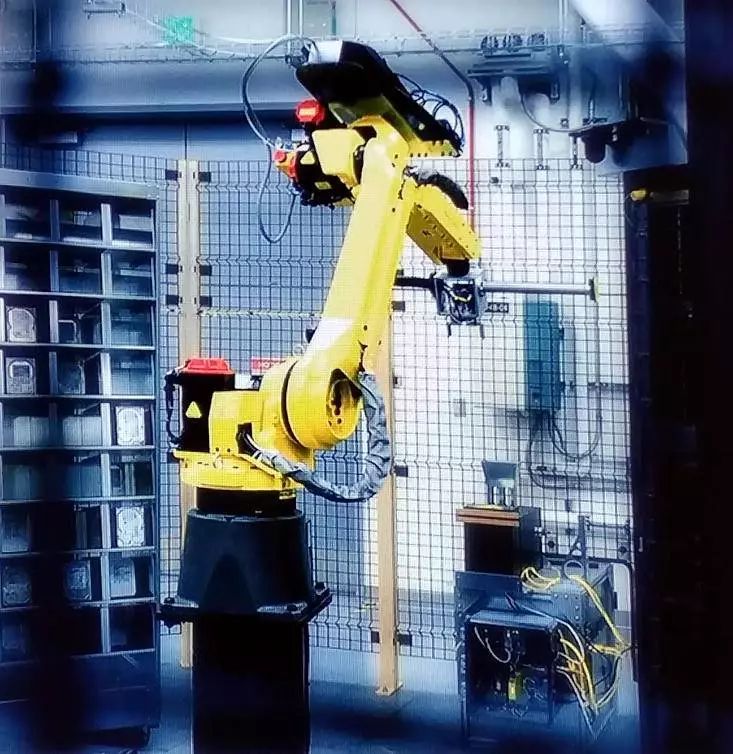 And it also requires a full audit trail, that is to say, the serial number of each drive and the crushing process need to be photographed. In addition, some companies concerned about security try to erase data with a strong magnetic demagnetizer, rather than physically damaging the hard disk drive, but today's hard disk shell will block magnetism, SSD hard disk data will not be affected by the demagnetizer.

Although the employment of third-party services can provide an effective physical disruption by tracking the audit, this increases the cost of protecting the drive during the transfer process.

Deleting secret keys is not foolproof

More and more enterprises are trying to eliminate the hard disk password by simply deleting the key, because this scheme is fast and simple. According to the study, 64% of enterprises adopt this approach, which is even higher in regulated industries such as health care and pharmaceuticals.

In this way, it is important to verify and verify that the secret key has been deleted, even if the data of the hard drive has been deleted, and the management tool marks it as non-open. But only 70% to 80% of the cases, the old hard drive can be deleted to an auditable level, which means that part of the data can still be recovered through the right tools.

Third, it is not only a huge market, but also a huge challenge.

In 2017, a joint report by the United Nations University, the International Telecommunication Union and the International Solid Waste Association said that only 20% of the world's e-waste was recycled correctly in 2016.

The report points out that although the current cloud computing technology can improve the efficiency of equipment use, such as a device can provide more services than before, the growing demand for cloud computing means that people need more data centers, which also generates more e-waste.

ERI recycling plants in Indiana and Massachusetts are currently using manual cleaning of e-waste. John Shegerian, co-founder and executive chairman of ERI, believes that the number of e-waste will continue to increase. He hopes that robots will be used in e-waste recycling in the future, and ERI is also active. Seek new partners. 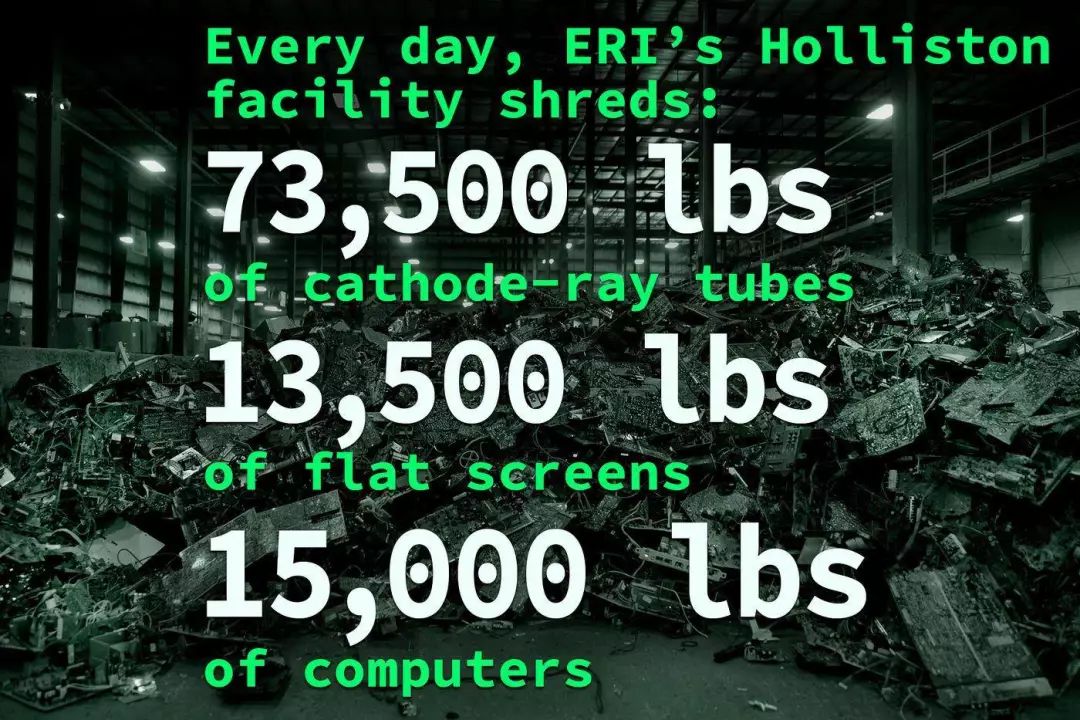 But the biggest challenge facing huge profits is whether the data will be leaked. In the past, e-waste recycling is more personal equipment. Since the decision to sell, the individual should be responsible for his own actions. But now a company that stores large amounts of user data has to consider the risk of data leakage if it considers selling these devices.

With the increasing frequency of updating the data centers of domestic science and technology giants, the resulting data centers are becoming more and more frequent.

Related news
How much is Google Cloud worth?
Hot news this week
Synergy Research released 2020Q1 China public cloud market report Baidu Intelligent Cloud stable third
Wechat has not done this function for N years! Use this app to make up for the defects of wechat
2020 wechat Dragon Boat Festival travel big data: the number of wechat payments increased by 43% year on year, and the post-90s most like to travel
Gree's response to "being disqualified from winning the bid": a mistake made by the bidder in sorting out the materials
Microsoft official free data recovery tool windows file recovery experience
NASA's face touching Necklace: vibration warning to prevent the spread of new coronavirus
IPhone 12: it's more like throwing away the charger
Apple wants to know: what do you do with the charging head of the old iPhone?
This design Chinese old man Le Du suit! Norwegian one-car push mini-stepping car: human electric two powe
Amazon cancels disposable plastic products in India
The most popular news this week
TSMC 5nm was snatched by Huawei and apple this year
India's telecommunications minister said it had decided to move Huawei out of the country's 5g network construction plan
Huawei mobile phone new patent exposure: camera equipped with "SLR Lens"
5000mAh large battery and 65W super fast charging! These phones help you get rid of charging anxiety
Source: Samsung Galaxy note20 or series is the most expensive
Huawei Hongmeng 2.0, EMUI 11 all mobile phones, television, PC platform
59 Chinese apps banned, India's Internet appears a lot of vacuum zone
Google, iqiyi invested in the $1 billion "small giant" still did not support.
Samsung Galaxy note 20 ultra effect picture exposure: new color
Xiaomi 10 customized ice sealed heat dissipation back clip BR11 disassembly: the secret of cooling to 15 ℃ in 1 minute