Last week, AMD released the second generation of EPYC 7002 series Opteron processors, up to 64 cores and 128 threads, doubled compared to the first generation of EPYC's 32-core 64 threads. The official said that the second-generation EPYC processor broke more than 80 data. The central test record shows that performance is 88% higher than that of our 28-core processor.

Zen3 is followed by Zen4, which is currently known only as Genoa Genoa, but it is aimed at 2021 and is expected to replace slots and support advanced technologies such as DDR5 and PCIe 5.0.

In addition, in the Zen3 and Zen4 architecture design,AMD CEO Su Zifeng also mentioned that they have an important change, that is, to pay attention to customer feedback during the architecture development phase, and to integrate customer suggestions and requirements into the framework improvement.

Taking into account AMD's warning of this, the customer feedback they refer to should be mainly for the EPYC Opteron processor, and the big customers are in the data center market.

For the Athlon processor, AMD did not mention whether there is customer feedback, but DIY players also have some complaints about AMD's Ruilong three generations of processors, which need to be improved, such as the memory delay, overclocking limit, high frequency we said before. The power consumption problem, etc., 7nm Zen2 is not perfect enough, I hope to improve on the Zen3 architecture.

After the release of the second-generation EPYC Opteron processor, AMD CEO Su Zifeng also accepted media interviews. She revealed that AMD will seize more market share of X86 server in the future, and the average share will increase to more than 10% by the end of 2020.

In the X86 server market, Intel used to have an absolute market share. The highest statistic is 99%. Previously, this part of the business contributed at least 20 billion US dollars in revenue each year. AMD grabbed 1%, which is 200 million US dollars in revenue, and grabbed 10%. % means revenue growth of $2 billion, knowing that AMD’s total revenue last year was only $6.5 billion.

Since this market is so important, Intel certainly will not relax. When the former CEO Ke Zaiqi was still in office, he mentioned one thing, claiming that Intel's server market share will be challenged by AMD, but AMD can only steal 20 at most. % share, Intel can still occupy 80% of the share — — Of course, this is only Intel's position, how much AMD can steal is not what they can decide.

For AMD, this 10% target is also on average, Su Zifeng said that they may get a higher share in specific areas, such as high-performance computing, cloud computing and other key markets, after all, AMD's EPYC second-generation processing The 64-core 128-thread can be provided in a single slot, while the Intel single-channel is still up to 28 cores and 56 threads. The performance is far behind.

In addition, with the improvement of AMD's performance, AMD should also consider expanding the company's scale, one of which is to acquire other companies, but Su Zifeng did not mention their specific plans.

In terms of acquisitions, AMD’s last major acquisition seems to have acquired server maker Seamicro many years ago. It seems that it has not been acquired in the past four or five years, and the old rival Intel has spent at least 30 billion US dollars to acquire two large Altera and Mobileye. The company, NVIDIA, also spent $7 billion this year to acquire server chip maker Mellanox.

Finally, AMD CEO Su Zifeng once again rumored that she had to leave the company, saying that it was only four or five years before the CEO of AMD, only to start, there is still a lot to do in the future. 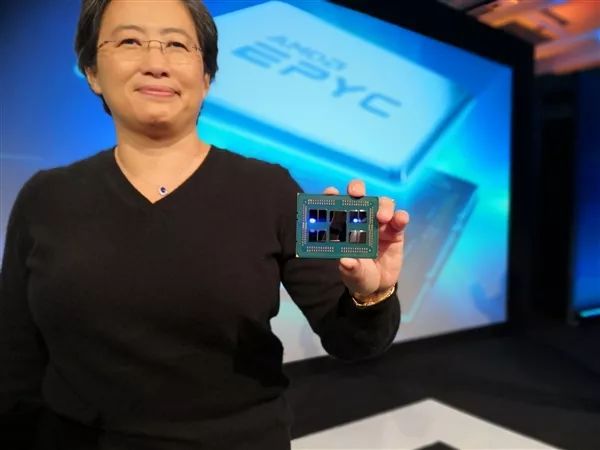 The Polaris architecture is old and buzzing, and the fourth spring is revived three years later.

From the perspective of positioning, AMD obviously will not vigorously promote this batch of pickups. This also implies that AMD's 7nm CPU/GPU notebooks have to wait for quite some time. 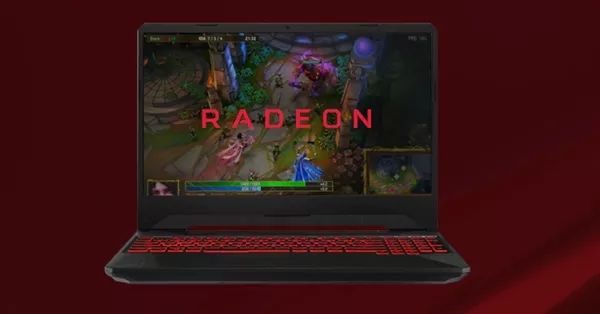 Related news
AMD sets the tone for the Zen3/Zen4 architecture: making important changes
Welcome AMD Zen4 Processor TSMC to Increase 5nm Production Capacity
Update of CPU,GPU Roadmap of AMD: hardware Optical recovery period in Zen4 Design
The AMD Zen3 processor uses four threads? 7nm is just an improvement.
Amd CTO talks about zen4 / zen5: upgrade the performance of the first generation of IPC in 12-18 months by at least 7%
AMD Zen3/Zen4 exposure: DDR5 memory, USB4 interface alive
Sharp dragon 4000 leads AMD in offering the strongest zen3 day group this year: IPC up to 15%
Exposure of AMD's early roadmap: zen4 did consider single core four thread technology
Give no benefits to shareholders first, AMD will spend money to develop zen3 / zen4 and video card first
YY 5nm can rest: AMD reiterated that zen3 processor is based on 7Nm process
Hot news this week
Wechat has not done this function for N years! Use this app to make up for the defects of wechat
IPhone 12: it's more like throwing away the charger
Gree's response to "being disqualified from winning the bid": a mistake made by the bidder in sorting out the materials
NASA's face touching Necklace: vibration warning to prevent the spread of new coronavirus
Microsoft official free data recovery tool windows file recovery experience
Apple wants to know: what do you do with the charging head of the old iPhone?
Amazon cancels disposable plastic products in India
Luo Yonghao comments on ideal one: Tesla Model 3 is not a car of a level at all
Tencent magic change Yang surpasses video self mockery: I'm a simple and honest fake spicy sauce lost 16 million
A 400-brand evacuation Facebook： the internet giant strangled?
The most popular news this week
Tencent PK old Ganma: the storm is suspended, the question remains
Windows 10 new start menu design more information exposure
Behind Intel's "out of stock" wave: is it really a false alarm?
The new work movie starring Zhen Zidan will start shooting: game adaptation and customization of "hot blooded scoundrel"
Facebook boycotts extended suspension of advertising by Canadian banks
NASA releases new structure design test video of SLS rocket
Microsoft will start pushing a new version of edge to more windows 10 users
India's new e-commerce regulations curb Amazon, Google and other local hegemony
France :Huawei5 G devices are not completely banned but operators are encouraged to "not try"
Compare the new iPhone Se and 7! 5.4 "iPhone 12 model exposure: too fragrant