Google Compensates Generation Pixel Users: Up to $500 per person

Although Google Pixel series has always been called Android benchmarking, in terms of hardware quality and product quality control, Pixel series has been sprayed by users because of various minor faults, BUG and design problems. For example, since the spontaneous sale, Google Pixel 2 XL has been exposed successively screen color offset, too fast burning screen, Yin and Yang screen, bluish side, oil layer wear, flash screen, camera can not start and many other problems.

The first generation of Pixel phones are not immune, and users are not immune to the first generation of mobile phones.It is reported that the dispute began in 2017, when Pixel users accused Google of intentionally selling defective microphone Pixel devices to users, and formally sued Google in February 2018. Google also said in March 2017 that about 1% of the first-generation Pixel phones were affected by a slight crack in the welding of the audio codec. But not only did Google not fix the defective Pixel phone, nor did it offer users a refund or replace their normal phones, so the lawsuit has continued to this day.

Recently, however, their efforts have finally paid off.

Recently,Google decided to pay $20 for all users who bought Pixel/Pixel XL phones before January 4, 2017, regardless of whether they had microphone problems on their phones.

In addition, Google will do the same.Users with microphone problems are compensated for $350(Provided that the user can provide documentation to prove this)If there are more problems on users'mobile phones than microphones, Google will raise the compensation to $500.。 However, there is a ceiling on the amount of compensation, and when it is insufficient, it will be distributed proportionally.

Users must lodge claims before October 7, 2019, and then hold a hearing to approve the settlement of collective action on December 6, 2020. The earliest time for users to receive compensation is March 2020. 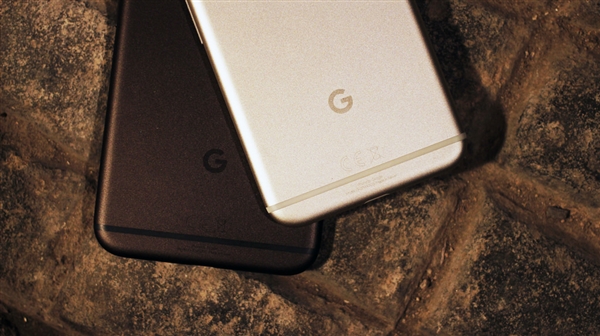 Related news
Pixel 4 was announced by Google officials, but its three major black technologies are much more desirable.
Is the radar chip on Google pixel 4 a gimmick?
Google Pixel 4: a * independent pig
Airpods X generation? 399 dollars!
Hot news this week
Wechat has not done this function for N years! Use this app to make up for the defects of wechat
Gree's response to "being disqualified from winning the bid": a mistake made by the bidder in sorting out the materials
IPhone 12: it's more like throwing away the charger
Apple wants to know: what do you do with the charging head of the old iPhone?
Microsoft official free data recovery tool windows file recovery experience
Amazon cancels disposable plastic products in India
Luo Yonghao comments on ideal one: Tesla Model 3 is not a car of a level at all
Tencent magic change Yang surpasses video self mockery: I'm a simple and honest fake spicy sauce lost 16 million
A 400-brand evacuation Facebook： the internet giant strangled?
How long can "Laoganma" carry on after winning Tencent?
The most popular news this week
Baidu Linyuan leaps: great strategic determination is needed to adhere to the core technology innovation in the end
Cellon 865 Plus 120Hz millet 10 super cup fast: price straight to 6000 yuan file?
Americans try to disinfect borrowed books with microwave, and the library posts for mercy
Samsung and research team found a new semiconductor material: amorphous boron nitride (a-bn)
Operation of the mystery: the Internet Archive is regarded as the CDN of JS file by the Bank of Barclays
Another delisting from the US? Sina CEO Cao Guowei's privatization proposal received
2000 cheaper! Qiong version of iPhone is popular
Chinese manufacturers dominate 5g telecom equipment: Huawei / ZTE takes 48.9% share
According to the news, Samsung's next generation of foldable mobile phones is named Galaxy Z fold 2
Sina, which has been listed in the United States for 20 years at $41 A share, has received a privatization proposal