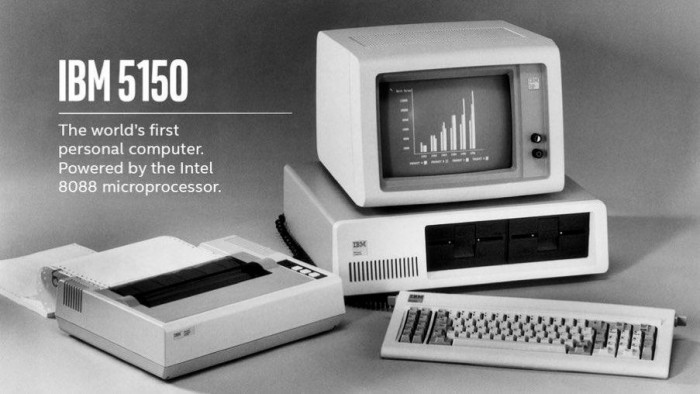 What's the significance of the advent of PC? IBM has stated on its official website that before the advent of PC personal computers, an IBM computer was priced at $9 million, bulky and needed more than 60 people to wait on, while IBM 5150 started at less than $1,600 --- although $1,600 38 years ago was not cheap, it was very convenient compared with commercial computers. Suitable.

Before IBM 5150,AppleI have also introduced my own computer, but before IBM 5150, all computers were developed by amateurs, and IBM 5150 is a real business tool, which is of great significance.

The basic IBM 5150 is equippedIntel8088 processor, 16KB memory, no floppy drive and display, price $1565, can only run Basic, with floppy drive, display, 64KThe memory version costs $3,000, and for two floppy drives, color monitors and printers, it costs about $4,500, which is suitable for home or school use.

Another important meaning of IBM 5150 computer is the Wintel Alliance. The processor is X86 processor Intel 8088, which is the system.MicrosoftDOS 1.0, this combination is the core content of PC until now. 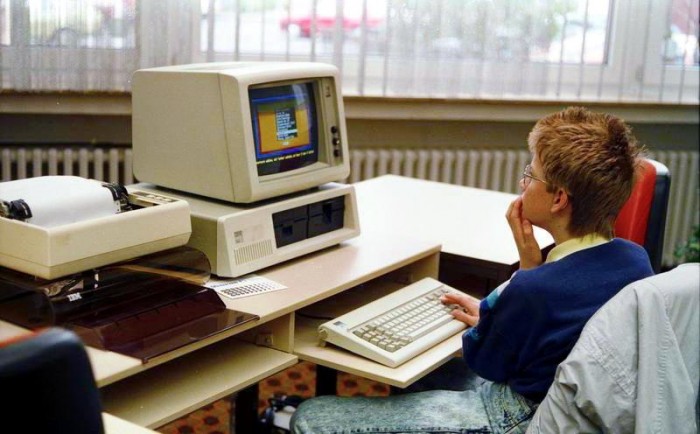 Related news
The 38th Anniversary of PC Personal Computer
IEEE Computer Magazine will be published in Chinese in 2020
Hot news this week
Wechat has not done this function for N years! Use this app to make up for the defects of wechat
Gree's response to "being disqualified from winning the bid": a mistake made by the bidder in sorting out the materials
IPhone 12: it's more like throwing away the charger
Apple wants to know: what do you do with the charging head of the old iPhone?
Luo Yonghao comments on ideal one: Tesla Model 3 is not a car of a level at all
A 400-brand evacuation Facebook： the internet giant strangled?
How long can "Laoganma" carry on after winning Tencent?
The dotcom bubble? U.S. technology stocks surpassed their 2000 highs relative to the S & P 500
ASUS main board leads Rog day fans Carnival highlights
Tesla's warranty service suddenly shrinks: touch screen and media control unit halved to two years
The most popular news this week
Arm China's 32-bit embedded processor IP "Star" has 7 projects
Sources say the U.S. Department of justice is conducting a criminal investigation into wirecard
Google Chrome browser status_ Access_ Crash due to violation error
LGBTQ community Blue City brothers once soared more than 124% in the market
Without headphones and chargers, the iPhone 12 is even $50 more expensive
Microsoft's free benefits! How to save win10 beautiful lock screen wallpaper
Garmin launches a series of new smart watch products with solar charging
NASA Sherloc will travel to Mars to search for evidence of life
Google slide shows Android 11 may be available on September 8
ASUS announces lingyao 14 sharp dragon edition Notebook: lighter than me, not thinner than me