In addition, Google has added a new Media Controls media control feature, a feature called Automatic Clicks, and redesigned the camera app. This update also includes other improvements and changes.

Newly added media controls will make it easier to control media playback on tabs or applications. Media controls are available in the Chrome OS notification menu and show all applications/tabs that are playing media. The Play/Pause and Forward buttons, as well as the names of the applications and files, are available in this menu. Google has also slightly redesigned the camera app on ChromeOS 76. The app now has a reposition shutter button, gallery and mode switch. In addition, the app now has grid options, timers, and mirror controls.

Another new feature is automatic clicks. With an automatic click, the user can hover over a project and the operating system will automatically click after the set time. This feature allows the user to perform a left click, right click, double click, or even click to drag. It is suitable for touchpad, mouse, joystick and head tracking. There is also a new bubble overlay that lets you know what's open in the tab. Previously, this was shown in black strips. In the Settings app, the navigation drawer is always displayed for easy searching and navigation.

The ChromeOS76 update also includes a new "Install" button for progressive web applications (PWA). The button appears in the Omnibox and clicking on it displays the Install Application button with details and icons for the application. There are many other minor changes and improvements in the new update. Google will also add a single sign-on experience for Chrome and Android apps later this month. 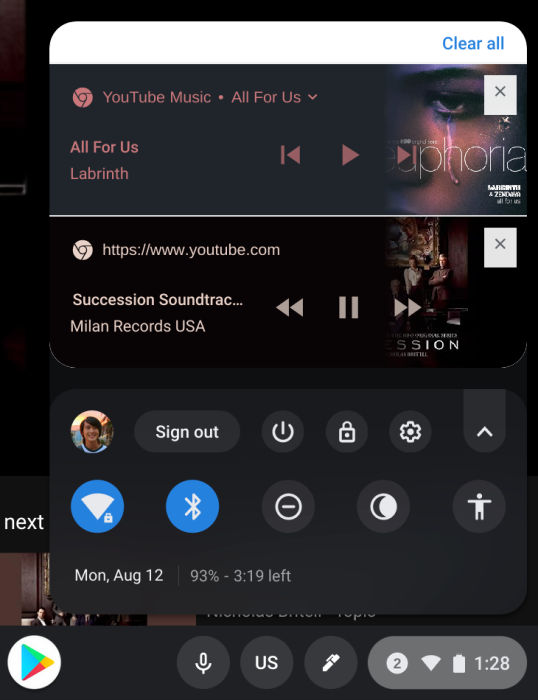