Alibaba Cai Chongxin intends to acquire the remaining 51% of the Nets equity for $2.35 billion 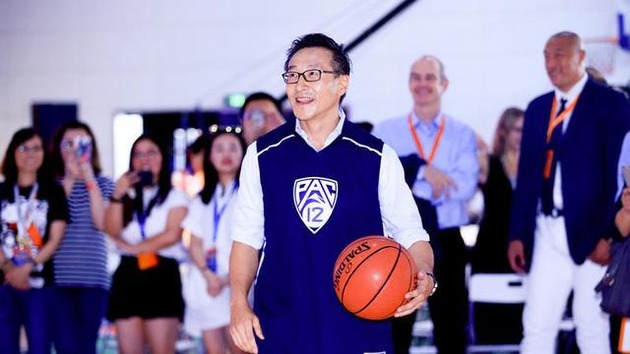 Sina Technology News, Beijing time on August 14 morning news, according to the "New York Post" quoted unnamed people reported that Alibaba co-founder Cai Chongxin is now close to the agreement, for $ 2.35 billion from the Russian billionaire Mikhail Prokhorov The remaining shares of the NBA Brooklyn Nets.

The deal will give Cai Chongxin an additional 51% of the shares, which is 100% control. People familiar with the matter said the deal is expected to be released this week.

In April 2018, Cai Chongxin acquired a 49% stake in the Nets in his personal capacity.

According to the Netlist’s valuation of $2.3 billion at the time, Cai Chongxin’s acquisition of more than $1 billion was the largest investment in China in NBA history. Cai Chongxin also became the first Chinese boss in the history of the Nets’ 51-year team. .

Boss himself said: “As a lifelong sports fan, I am very honored to be a shareholder of the Nets and join the NBA family. Basketball is a worldwide sport, hoping to bring the special charm of the NBA and Brooklyn Nets to fans around the world. ”

If the acquisition of the remaining 51% equity is completed this time, it means that Cai Chongxin will wholly own the Brooklyn Nets.