Against Intel for many years AMD won the chip war? 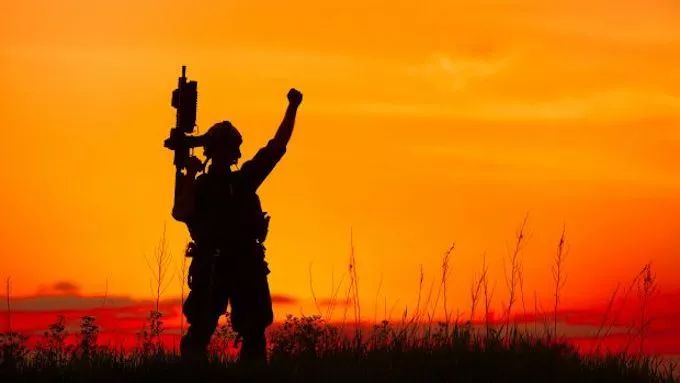 A story of a million years old to overturn.

AMD's 7nm Epyc product line has been completed, and Intel is working hard to launch a 10nm chip, so a new battle begins.

Recent headlines have caused Intel to suffer, both in appreciation of AMD and its second-generation Epyc processors, and in the continued criticism of Intel’s delay in launching 10nm core chips, compared to the agile competitors. Slow and incomparable.

When AMD CEO Dr. Lisa Su released the second-generation Epyc processor (codenamed Rome) in San Francisco, people clearly felt the change in the balance of the chip industry. Dr. Su said: “Today, I can proudly say that the second generation Epyc is the world's most powerful x86 processor. It has incredible performance, and in the next 90 minutes we will show you one new performance benchmark, a new workload. Today we will show you 80 world records, which we created while creating this processor. ” 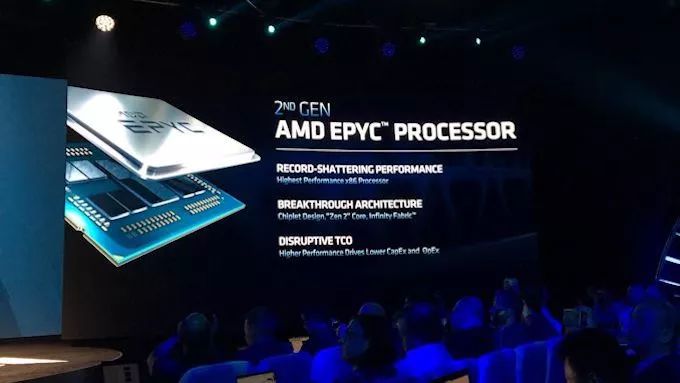 This is not a boast of AMD. Industry experts agree that the Epyc processor is very prominent in terms of performance and security. Dell EMC, HPE, Lenovo and Scan Computers of the United Kingdom are all vying to throw an olive branch to AMD. In fact, James Gorbold, a technical expert at Scan Computers, described the performance improvement between the first and second generation Epyc as an "unprecedented" HPC leap.

“With the second generation of Epyc, AMD is far ahead of Intel's Xeon. & rdquo; He said that Epyc has been tested in the past two weeks. He pointed out that AMD's products "have some other key advantages, such as I / O and security, which are attractive to many customers."

So is AMD winning the chip war? The facts are actually subtle. Yes, Intel has made some superficial mistakes in its attempt to transition from the 14nm process to the 10nm process, but it is still a leader in the chip industry: whether it is profit, CPU sales or stock value, it continues to dominate the overall situation. .

To understand the background of the above facts, we will trace back to 20 years ago, when Amazon and Google were not worth mentioning, and Facebook did not even exist.

Although this is an old past, technically, Intel and AMD have had real competition in the x86 processor market.

At the time there was the cheap brand Cyrix, which never approached Intel's market share, but some industry observers believe that the company's chips were a better choice in the mid-1990s.

This statement may make AMD feel a little uneasy —— today people have the same evaluation of its CPU, but by the turn of the century, Cyrix has gradually disappeared from the CPU battlefield, leaving Intel and AMD to tear each other.

In the next decade, a fierce competition started. AMD released an update to Athlon that is faster than the Pentium, but Intel's clever blitz marketing has won the favor of potential buyers without the best processors.

During this time, AMD has a lot to be proud of. Before Intel, AMD introduced 64-bit processors to the mainstream market, sold the first 1GHz processor, and even took the time to invest in ATI to enhance its game strength. It is no wonder that AMD is often the choice of savvy fans.

Then Intel changed the strategy. At the end of the first decade of this century, the giant pioneered the Tick-Tock strategy model and has been adhering to it for the next 10 years: Tick-Tock is also known as the 嘀嗒 mode or the pendulum mode, each The Tick in the Tick-Tock represents the improvement of the process, the transistor becomes smaller, and on the basis of this, the original micro-architecture is enhanced, while the Tock in the Tick-Tock is micro-architected while maintaining the same process. Innovation, each Tick-Tock represents a two-year process improvement. In this way, the two roads of process technology and core architecture are always alternated. On the one hand, the risk of failure caused by simultaneous innovation is avoided, and the continuous development can also reduce the development cycle and can continue to the market. Stimulate and ultimately enhance the competitiveness of the product. 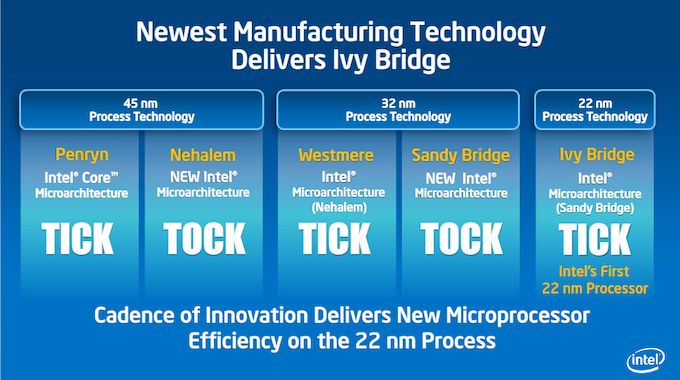 In 2014, AMD CEO Rory Read resigned, further confusing the prospects of this troubled company. It's time for engineers to have the right to speak, and there are no more qualified candidates than Dr. Su Zifeng.

Regardless of the standard, AMD has gone through an extraordinary five years since Dr. Su took over as CEO. This fact is reflected in the stock market chart. In October 2014, when she took office, the company's share price hovered around $3 per share. Today, its price is $34 and it is still rising.

Although Dr. Su deserves to be praised for this rise, AMD has also benefited from some huge engineering advances. 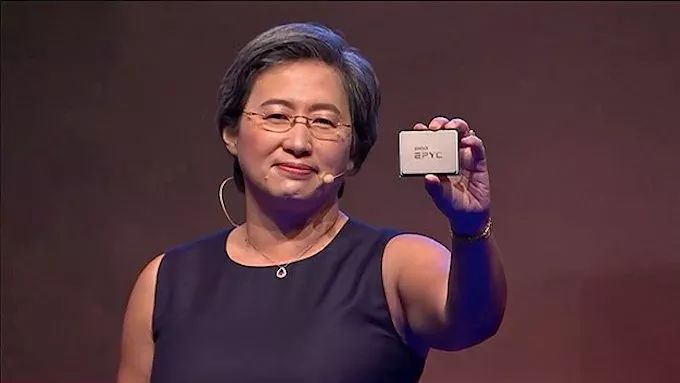 First, it introduced a radical Zen microarchitecture that reversed the AMD Bulldozer architecture. Introduced in February 2017, Zen helped AMD become Intel's strong competitor in the desktop and server markets, but AMD was forced to abandon the market due to the lack of competing products that could compete with Xeon. At this point, you might think that industry analysts are as pessimistic as investors, but IDC's vice president of semiconductor research, Shane · Shane Rau, has never agreed.

“My market theory is that as long as there is no one to monopolize, there will always be a force in the market that will retain the second PC processor source, and AMD has always had the advantage of x86 compatibility. ”

But he agrees that AMD still faces a threat to survival. He said: “This is reflected in its share price, and for a while, it seems to have created a chance to enter quietly with ARM as a competitor. However, the kind of competition from the ARM ecosystem has never really happened, so the market is somehow waiting for AMD to return with a competitive product. ”

Three years ago, AMD made a big bet on the 7nm chip and bravely told the world what it would do.

Where is the chip?

Time to fast forward to August 2019, all of AMD's bets seem to have paid off.

Everyone can see that it is working hard. While Intel's core processors are at the forefront of single-core performance, AMD's aggressive pricing and emphasis on multi-threading capabilities mean it's a compelling choice for enthusiasts. It is slightly behind in terms of game speed, but the gap is small enough to be almost irrelevant.

IDC currently ranks AMD's server market share below 5%, but Dell, Hewlett-Packard and Lenovo both announced an expansion of their Epyc-based product line and praised their performance.

It can help AMD achieve triple benefits: on a similar basis, the Epyc 7002 series not only surpasses Xeon in most cases (based on real-world testing, not just AMD's claims), but also consumes less power; CPU price; you can also switch from a two-socket system to a single slot to further cut costs.

One of AMD's continuing weaknesses is in laptops. Intel is one step ahead in this regard, choosing to implement 10nm technology on a laptop first. However, it is worth noting that AMD took market share from Intel in 2018 (more on this later).

We're still waiting for the Zen 2 processor for laptops, so we don't know how the improved 7nm product will work (and the behind-the-scenes work that AMD engineers do to reduce power consumption). However, all this involves brand trust. When it comes to more profitable high-end laptops, AMD needs a lot of marketing to convince commercial buyers and consumers to leave Intel.

Mercury Research provides a data showing AMD's market share in three key areas. If you look at the data for the first quarter of 2019 alone, you will find that AMD's prospects are not optimistic. Intel's sales are 33 times that of AMD's CPU sales and 6 times that of AMD's desktop chips. AMD's notebook processor is nearly 8 times.

But in fact, this is a story about motivation. Rau said: “Once AMD begins to produce competitive products, design well, and release on time, the market trend will turn back to the situation that benefits them. Of course, when you launch a new generation of products, you tend to get a return, that is, the return on investment. And this is what AMD is doing. ”

By the way, you may notice that AMD's server market share has shrunk in the first quarter of 2019 compared to the last quarter of 2018. This is almost certain that some IT buyers are turning to the second-generation Epyc processor announced in November 2018.

Leaving aside this point, AMD’s momentum is clearly moving forward. At the same time, Intel is struggling with the supply of 14nm process components because its time to transition to the 10nm process has been delayed for a long time. Intel CEO Bob · Bob Swan said at the Fortune & squo;s Brainstorm Tech conference that Intel made a mistake and thought that it could continue (in the past we could do it) The thing that is essentially ignorant gambling. As the project became more and more difficult, we set an increasingly aggressive goal. Since then, it only took us longer. “

Although Intel said the product shortage will end in the fourth quarter of 2019, it has allowed AMD to win space for the rest of the year.

“Intel is clearly still the market share leader,” said James Gorbold of Scan, “but the market has become more dynamic. The ultimate winner is the end customer, as increased competition leads to faster technological innovation and a more competitive price. ”