China Unicom Wang Xiaochu: It is estimated that the capital expenditure of 5G for the whole year will not exceed RMB 58 billion.

He expects 5G to enter the investment period next year, and the company will seek cooperation. Therefore, it is necessary to sign an agreement with the partners before they can know the clear guidelines for the common development plan and the total amount of investment each year. He also stressed that the level of dividend payout is related to corporate profits and that the impact of capital expenditure is not expected. 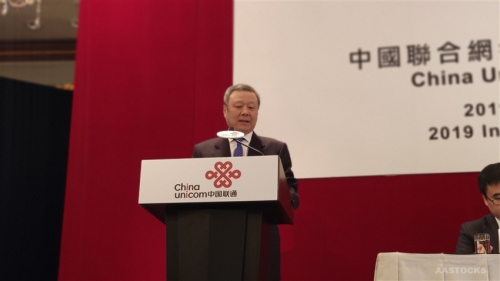 Wang Xiaochu said that in April this year, the company announced that it will start 5G trial commercial operation in “North to Guangzhou and Shenzhen”. It is expected to build 40,000 5G base stations this year and push 5G commercialization in key cities in September. He said that the level of tariffs has not yet been determined, and the transitional tariff policy currently adopted is based on 5G traffic packets, and the relevant ARPU is more than 190 yuan. He also pointed out that the company is exploring to learn from Vodafone, or to distinguish different tariffs according to the user's network speed and network quality, and hopes to introduce a specific tariff policy by the end of the year.

In response to the decline in Unicom's ARPU in the first half of the year, Wang Xiaochu explained that it was affected by the increase in speed reduction. Since the government requested to cancel the data roaming charges last year, it also requested a 30% reduction in fees. This year, only 20% of the fee reduction was required, plus last year's measures on July 1. The day is in force, so it is expected that the overall situation will start to improve in the second half of this year. In response to the alleged that China Unicom will cancel the “maximum speed limit” package, Wang Xiaochu explained that the company is regulating some irrational and damage-worthy packages, pushing the ARPU to rebound, and the ARPU in July also increased by 0.9 yuan.

Related news
China Unicom launched 5G Application Innovation Alliance, which will organize 10 billion funds to incubate 5G projects.
China Unicom Wang Xiaochu: It is estimated that the capital expenditure of 5G for the whole year will not exceed RMB 58 billion.
China Unicom's 5G package fee announcement: Confirmed is the price I can't afford!
China Unicom Chairman exposed insider: 5G is not with telecommunications or with mobile cooperation
5G mobile phone, Internet, only money.
The price of 5G mobile phone can be reduced by increasing the speed of 5G independent network.
On the eve of 5g large-scale business, China Mobile and Unicom's revenue continued to decline
China Telecom says it will not fight 5g price reduction: build 50000 5g base stations with China Unicom
Armani, Alexander Wang into the Tmall, luxury goods under the outbreak ushered in online store boom
Hot news this week
||||||||
Celebrating Hubble's 30-year launch of NASA's "birthday universe" special page
865 Jiachi Meizu 17 access: support 30W fast charging
HuaweiP40 release: with HMS hard-core google, no price increase to grab the global high-end machine market
More than 60000 original articles are protected every day, and Tencent's "zhixinlian" helps the author of penguin to protect his rights
Awesome China scholar! The latest paper on the cover of Science: how the new coronavirus invades cells
Lenovo into Luo Yonghao's first collaborators? Insiders: not settled in contact
Xiaomi 10 / 10 Pro mobile phone goes out to sea: Show crooked nuts what the earth looks like under 100 million pixels
Is telecommuting inefficient? The father of Linux has five experiences
Lei Jun: Xiaomi 10 Pro has dominated the list for a month and a half
The most popular news this week
Zhao Ming denies 4G mobile phone inventory: glory has been in short supply
DxOMark praises Huawei's P40 Pro: taking photos for 140 minutes, creating an unparalleled still image effect
Where is the bull of YouTube that everyone wants to be?
Multiple pirated tools implanted rootkit virus Tencent computer housekeeper overall investigation and killing
Xu Lei of Jingdong talks about Ruixing's financial fraud: it is destructive to the image of Chinese Enterprises
Exclusive interview with Sony Takahashi: X1 chip will be popularized throughout the line 8K will not be stranded
Amazon: the US station will no longer sell N95 masks and give priority to providing materials to hospitals
Wang Chen, vice president of Chinese Academy of Engineering
The price of "fracture" in steam game
How strong is the performance of Huawei Kirin 820? Look at the measurement