Xiaomi and the US Mission will soon be included in the Hong Kong stock market. 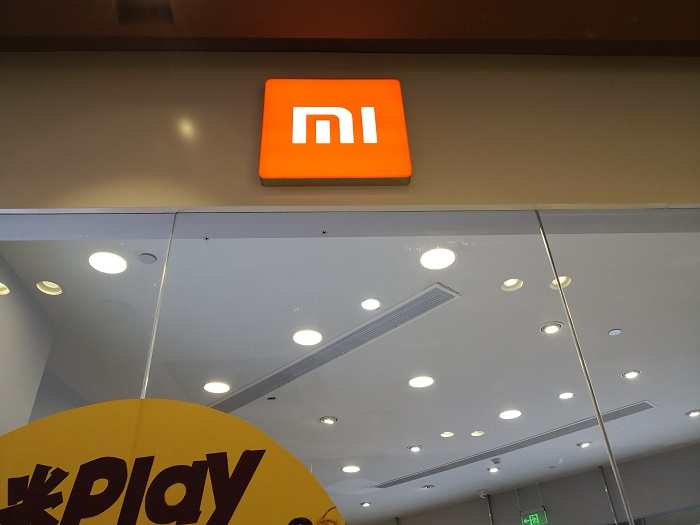 On August 2, the Shanghai and Shenzhen Stock Exchanges reached an agreement and publicly solicited opinions on the basis of the revision of relevant business rules. This also means that the company's shareholding companies have made substantial and significant progress in the Hong Kong Stock Connect. It is reported that the three exchanges have set preconditions for the inclusion of different stock companies in the same stock, including meeting the duration of the stable trading period, market value, and liquidity requirements.

The same-share companies with different rights listed in Hong Kong includeMilletGroup (1810) and US Mission Review (3690). According to the 21st Century Business Herald reporter, at present, the eligible stocks of Hong Kong Stock Connect are mainly constituents of the Hang Seng Composite Index. Individual stocks such as overseas companies and different stock ownership companies are excluded.

At the same time, he stressed: "At present, it seems that all transactions are normal, all systems are safe and stable, and the market is operating in an orderly manner. Recently, the market has become more volatile, the volume of transactions has decreased, and the investor's mentality and risk appetite have decreased. But it is mainly related to external factors, including trade and the Federal Reserve’s interest rate policy."

Li Xiaojia said frankly that the first half of this year was affected by the macro environment, and the initial public offering of large new shares (IPO) was affected. Data show that in the first half of this year, the amount of funds raised by the Hong Kong Stock Exchange's IPO increased by 39% year-on-year to HK$71.8 billion. The number of IPOs issued was significantly lower than the 101 new shares in the first half of 2018. During the period, a total of 20 new economic and biotech companies were listed in Hong Kong, with a total capital of HK$26.5 billion.

Anheuser-Busch InBev, the world's largest beer producer, spin-off of its Asia-Pacific business, Budweiser Asia Pacific (01876.HK), which was originally planned to be listed in Hong Kong on July 12. However, what made the market stunned was that the parent company, Anheuser-Busch InBev, suddenly announced in the early morning of July 13 that, after considering the current market conditions, it decided to shelve the plan of listing Budweiser in Hong Kong after consulting with the joint representatives, emphasizing that it will pay close attention to the market environment and continuously evaluate it. Other options to increase shareholder value.

"We have no intention of controlling the pace of IPOs, because these are non-market activities, whether the company is listed in Hong Kong, the listing window, pricing, etc. are all market operations, we just provide some basic services," he said.

In addition, when Alibaba, who is concerned about the outside world, came to Hong Kong for a second listing, Li Xiaojia did not respond directly. He only said: "I am full of confidence that such companies always have to go home."

On June 17, Alibaba announced that it plans to expand the number of common shares from the current 4 billion shares to 32 billion shares. Alibaba currently has a price per share of more than $160, and will split eight shares per share. Ali's move is seen as highly likely to prepare for lowering the investment threshold for issuing new shares in Hong Kong.

From the income of different sectors, the income of Hong Kong Stock Exchange's spot, equity securities and financial derivatives and commodity business sectors all recorded a decline. In the first half of this year, the technology sector became a highlight of the performance, up 14% year-on-year to HK$46 million. Revenue from external portfolios and interest income also surged by 302% to HK$567 million.

According to statistics from the Hong Kong Stock Exchange, the average daily turnover of the securities market in July was only HK$68.7 billion, down 23% from last year. The monthly volume of shares and derivative warrants decreased by 5.5% and 5.4% respectively.

According to the financial report, the average daily turnover of equity securities products of the Hong Kong Stock Exchange in the first half of this year dropped sharply from HK$100.4 billion in the same period last year to HK$75.1 billion. However, the average daily turnover of Shanghai Stock Connect, Shenzhen Stock Connect and Bond Pass increased significantly, at HK$23.5 billion, HK$20.4 billion and HK$6.6 billion, respectively, with increases of 109.8%, 137.2% and 94.1% respectively. .

This is inseparable from the valuation of Hong Kong stocks. So far this year, the share price of A shares and H has gradually expanded. The Hang Seng Shanghai-Shenzhen-Hong Kong Stock Exchange AH ​​premium index has risen from 118.65 points at the beginning of the year to the recent 130-point level, setting a new high since March 2018. Since the end of July, the Hang Seng Index has fallen sharply, falling below the 27,000 and 26,000 points. It closed at 25,302 points as of August 14, compared with a drop of more than 10% on July 25.

"The valuation of the Hong Kong stock market is currently the lowest in the world. After this round of sharp decline, it has attracted a portion of the funds to go down the market." Qianhai open source Yang Delong told this reporter.

In this regard, Li Xiaojia said that the difference between AH shares has existed for a long time. Most of the time, there is a premium for A shares compared to Hong Kong stocks. "The main reason is the supply and demand relationship between two different local investment groups. There is a difference in the valuation of the same company."

Related news
US space force
Google AR AI visual world cultural heritage microbeauty hologram (WIMI.US) digital display PK traditional model
Hot news this week
ASUS main board leads Rog day fans Carnival highlights
Gree's response to "being disqualified from winning the bid": a mistake made by the bidder in sorting out the materials
IPhone 12: it's more like throwing away the charger
Apple wants to know: what do you do with the charging head of the old iPhone?
Luo Yonghao comments on ideal one: Tesla Model 3 is not a car of a level at all
A 400-brand evacuation Facebook： the internet giant strangled?
The dotcom bubble? U.S. technology stocks surpassed their 2000 highs relative to the S & P 500
Tesla's warranty service suddenly shrinks: touch screen and media control unit halved to two years
Samsung and research team found a new semiconductor material: amorphous boron nitride (a-bn)
Tesla's warranty service suddenly shrinks? Official response: the truth is here
The most popular news this week
The sales of S20 are not as good as the previous ones. Samsung does not expect too much from the note 20 series: the price is expected to be the same as that of the previous generation
Data in June 2020: tiktok again tops the list of non Game App Downloads
Patent documents show that Huawei ar smart glasses may use pop-up cameras
Sony wants you to put on the air conditioner
Android 11 will force OEMs to deploy virtual A / B to upgrade systems faster and more seamlessly (Figure)
Protect users' rights Huawei terminal cloud services protect users' privacy in an all-round way
Tecent Video: Memories of a Generation After 24 online Tencent video: a generation of memories
IMEI database exposed the strange name of Samsung Galaxy Z fold 2
Xiaomi returns to issue at HK $17, leading consumer Internet of things outlets
Xiaomi's return offering price of HK $17