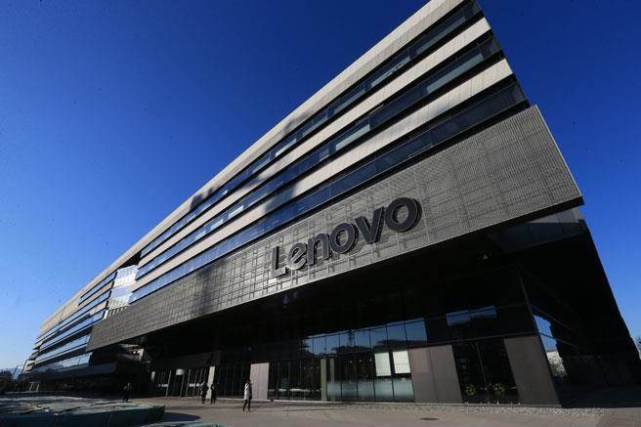 Yang Yuanqing, Chairman and CEO of Lenovo Group, said: “In the first quarter, we achieved a favorable start for the new fiscal year with strong performance, and once again proved that the intelligent transformation strategy we implemented is correct, and the powerful implementation makes us change the fluctuations. Sustainable profitable growth is still achieved in the environment. With excellent operations and firm execution, we are confident that we will turn smart & new vision into a reality for every possible & rsquo; ”

The highlights of each business group's quarterly results are as follows:

The personal computer and smart device business (PCSD) had a turnover of RMB 65.7 billion, a year-on-year increase of 11.7% and a profit before tax of RMB 3.57 billion.

China, Asia Pacific, America and Europe-Middle East-Africa have a turnover of more than RMB 14 billion, especially in the Americas and Asia Pacific. The region's turnover reached 17.3 billion yuan, up 20% year-on-year; The amount reached RMB 17.4 billion, a year-on-year increase of 40%.

During the quarter, Lenovo's PC sales increased by 17.9% year-on-year, ranking the global PC market champion, and its market share reached a record high of 24.9%.

It is worth mentioning that in the latest global supercomputer TOP500 rankings, we ranked first with 173 sets of totals, and 33 sets more than the previous list, further expanding the lead in all parts of the world. Provides powerful computing power for scientific computing and artificial intelligence applications.

In the future, Lenovo will continue to implement its established strategy to drive software-defined infrastructure, storage, networking, services and solution-led business growth, and to enhance the customization and autonomous manufacturing capabilities of ultra-large-scale data center operations. At the same time, the sales channel will be further improved, and efforts will be made to improve operational efficiency and achieve higher than the market growth while improving profitability.

In June, Lenovo established Data Intelligent Business Group (DIBG) to realize this independent operation of many years of business. The establishment of DIBG is an important step for Lenovo to promote intelligent transformation. In the quarter, the overall turnover of the industry intelligence sector grew rapidly, reaching 4 times of the same period of the previous year. The turnover of software and services business increased by 23.4% year-on-year, which is the overall turnover of the Group. The growth rate is about 5 times, reaching nearly 5 billion yuan.

In the first quarter of the new fiscal year, Lenovo's performance is exciting. This is the result of putting the future-oriented, clear and clear 3S strategy into practice, and it is also a good start for hard integration and intelligent transformation.

Yang Yuanqing, chairman and CEO of Lenovo Group, said, "There is an old saying in China, & lsquo; Bao Jianfeng from grinding out & rsquo;. In the first quarter of the new fiscal year, we successfully continued the upward trend of the past year. This is the result of the hard integration and transformation in the past few years. It is also a good start, so that we have more confidence and correct Strategy and strong execution, to a new height. ”

Related news
Lenovo Group's first quarter revenue of 85.3 billion net profit increased by over 111%
CICC cut Lenovo's target price to HK $6.2 the latter fell 1 per cent in intraday trading
Disassembly report: Lenovo ThinkPlus 45W USB PD charger pa45
Lenovo shows Lenovo one function: support win10 computer reverse operation Android phone
Lenovo one officially launched: one touch screen computer for mobile phone
The linely group's best mobile processor of the year: God u Kirin 810 wins the title
"Generation God U" Kirin 810 gets The Linely Group's annual "Best Cell Phone Processor Chip"
Disassembly report: Lenovo Yoga 65W USB PD fast charging charger yg65
Hot news this week
Wechat has not done this function for N years! Use this app to make up for the defects of wechat
IPhone 12: it's more like throwing away the charger
Gree's response to "being disqualified from winning the bid": a mistake made by the bidder in sorting out the materials
Microsoft official free data recovery tool windows file recovery experience
NASA's face touching Necklace: vibration warning to prevent the spread of new coronavirus
Apple wants to know: what do you do with the charging head of the old iPhone?
Amazon cancels disposable plastic products in India
Luo Yonghao comments on ideal one: Tesla Model 3 is not a car of a level at all
Tencent magic change Yang surpasses video self mockery: I'm a simple and honest fake spicy sauce lost 16 million
A 400-brand evacuation Facebook： the internet giant strangled?
The most popular news this week
Because of 500875 yuan! Alibaba network technology company is listed as executee
Tesla's pay cut ends: it may be easier to achieve the second quarter profit target
Gree said that the United States: there are so many problems can win the bid, in the end who is cheating
Florida became the first state in the United States to enact DNA privacy laws
Physics plug-in! Vivo flash game controller on sale today
Tencent's four top college entrance examination winners show up: share the pre exam coup and exude European spirit
Fujitsu plans to halve office space
Gree questions the falsification of beauty: the relevant technical parameters of Chongqing beauty are not up to standard
Sony questionnaire steal ps5 price: About 2280 yuan, much cheaper than expected
Samsung German official website leaked Galaxy Tab S7 series: Cellon 865 Plus 10090mAh