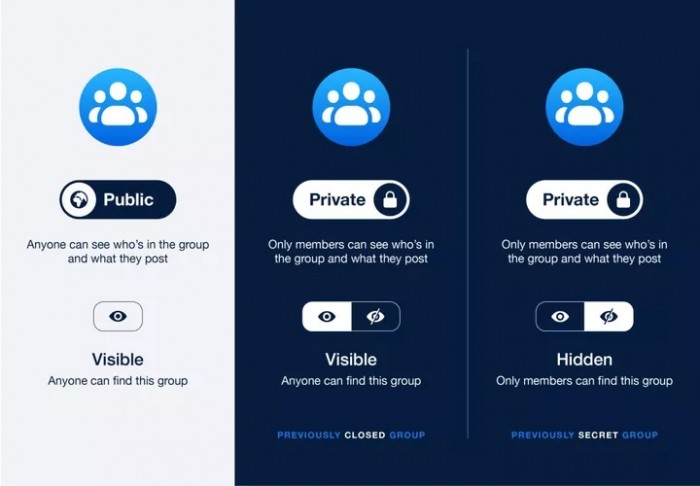 In fact, the change is only part of the company's community security plan launched two years ago to monitor bad content in Facebook groups, but the company did not publish it until after the latest findings.

Previously, Facebook's private groups have been criticized as gathering places for racist and offensive activities. Even earlier last month, ProPublica found a group of border patrol officers making jokes about the lives of immigrants.

However, even if Facebook changes some of the names in the group settings, it is unlikely to prevent any bad behavior. Because the privacy of the privacy group still exists, only group members are allowed to view other people and group content in the group at present.

Finally, Facebook said it was using machine learning and artificial intelligence technology to actively monitor bad content in the group before anyone reported it. The tagged content will be subjected to manual review to determine whether it violates Facebook's community guidelines.

Related news
Want to change Facebook? Change Zuckerberg first
The jealous Facebook kicked out Zoom social edition
Hot news this week
Qualcomm lobbied the US government to lift the ban on the sale of components to China
Tencent re racing e-commerce, but does not want to make the next pinduoduo
Wechat in Apple's Google App store may be banned. What if wechat can't be used on iPhone
Tencent's response to wechat ban issued by the United States: under evaluation
Foreign media revealed White House documents: the ban may make apple and Google "off the shelves" tiktok
Xiaomi 10 supreme commemorative edition press conference Lei Jun's live rehearsal
After the sesame seed, Alipay's "financial points" is officially launched: let's see how much you have.
The United States blocked tiktok and wechat one after another: This is the real purpose!
Tencent launched the largest school recruitment in history, and these positions are most popular
Votebymail is dedicated to helping American voters easily apply for postal ballots
The most popular news this week
Understanding Xiaomi's AB side in ten years with 12000 words
Huawei surpasses apple to win the first place
Samsung Galaxy Tab S7|S7 the launch of a new generation of flagship tablets
Samsung launches Galaxy budds live Bluetooth noise reduction headset: from 1199 yuan
Blood oxygen electrocardiogram monitoring Samsung announced Galaxy Watch 3 price of 2999 yuan
Samsung releases Galaxy Note 20 series of mobile phones :12 512GB emperor's edition 9999 yuan
Blue light not only hurts the eyes: it can also increase the risk of depression
Is it feasible for Huawei's "Tashan plan" to beautify 45 / 28nm production line?
Huawei is just 30
Net profit of Netease in the second quarter was 5.2 billion yuan, up 33.3% year on year