Alibaba may postpone the listing of Hong Kong shares 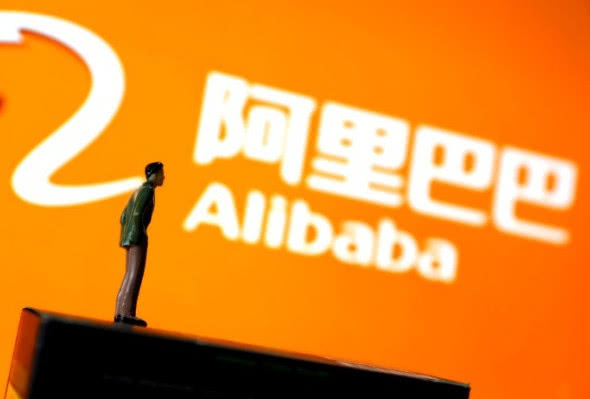 Over the past 10 days, Tencent News "Front Line" has learned from different sources that Alibaba may postpone the listing of Hong Kong stocks; in addition, foreign media published the same report today.

Tencent News "Front Line" learned last week that Alibaba's listing hearing has not yet been approved, because the listing committee still has some questions to be answered by Alibaba.

Subsequently, Tencent News "Front Line" learned that Alibaba had planned to speed up its application for listing, that is, in early September.

Investors are so hot

Alibaba has become the investor in Central this year since it was reported at the end of May that he had submitted an application for listing in Hong Kong.

Many Hong Kong institutional investors, who did not want to be named, told Tencent News Front Line that due to changes in the international political and economic environment and the emergence of some uncontrollable factors, the market of Hong Kong stock capital market has not been optimistic in the past six months, and many institutional investors have suffered a loss on their books.

Data from the Hong Kong Stock Exchange show that by the end of July, 85 companies had obtained approval for listing applications. But most investors say they make little money from these projects.

What makes them even more pessimistic is that on July 13 Budweiser Asia Pacific, the world's largest brewer, cancelled plans to raise about HK $10 billion in Hong Kong. Budweiser gave an explanation at the time because of the downturn in Hong Kong stocks. Although Hong Kong financial institutions, including its sponsor Morgan Stanley, were eager for Budweiser to go public as scheduled, they even held a meeting until more than 2 a.m., in order to convince Budweiser.

Now, for the only foreseeable star project this year, Alibaba's listing, these institutional investors all hope

There are also large institutions that are more cautious. These large-scale investment institutions involved in the new Hong Kong stock market said to Tencent News "Front Line" that the market is depressed, they will be relatively cautious and interested in the new Ali Hong Kong stock IPO, but it depends on their final valuation before deciding whether to apply for a quota.

Unlike most IPO in Hong Kong before, Alibaba came to Hong Kong to list in a very low-key manner. As a second listed company, Alibaba applied

Tencent News "Front Line" has learned from different sources that Alibaba submitted its listing application to the Hong Kong Stock Exchange in mid-June.

Since then there has been little news about Ali's listing. Tencent News "Front Line" learns from people familiar with the situation that although Alibaba's sponsors of the listing are Jinjin and Credit Suisse, in fact the dominant one is Jinjin. Since Alibaba was ready to go public, most of its project team has been in Beijing.

Alibaba has strict control over Listing information. The above-mentioned insiders told Tencent News "Front Line" that even if the project team of CICC, except for six core senior people, other people will not know the timetable of Alibaba's listing process.

Before that, Alibaba split its common shares into eight shares in order to pave the way for listing in Hong Kong. That is to say, the number of common shares of Alibaba will expand from 4 billion shares to 32 billion shares after its share splitting. This is equivalent to lowering the investor threshold.

Liang Guanye, executive director of Haitong International Investment Strategy, told Tencent News Front Line that Alibaba's stock splitting is conducive to the company's discovery at a lower price per hand, which is good for future investors in Hong Kong, especially retail investors, and directly lowers the entry threshold. At the same time, such a split is also conducive to the liquidity of Alibaba shares.

Some of Alibaba's old shareholders told Tencent News that the split was not affected for the old shareholders and was more concerned about the valuation of future listings. As institutional investors in American stocks in Hong Kong, they will

Related news
Hong Kong Media: Ma Yun still hopes that Alibaba will be listed in Hong Kong
Foreign media said Alibaba had submitted its application for listing in Hong Kong in response to market rumors
Alibaba proposes a common stock split plan: 8 shares for every 1 share
Alibaba may postpone the listing of Hong Kong shares
Alibaba official announcement on November 26 Hong Kong listed Zhang Yong: Hong Kong is one of the most important financial centers in the world
Baidu Ctrip Jingdong refused to comment on the listing of Hong Kong Stock Exchange: Welcome compliance companies to Hong Kong
Hot news this week
Qualcomm lobbied the US government to lift the ban on the sale of components to China
Tencent re racing e-commerce, but does not want to make the next pinduoduo
Wechat in Apple's Google App store may be banned. What if wechat can't be used on iPhone
Tencent's response to wechat ban issued by the United States: under evaluation
Foreign media revealed White House documents: the ban may make apple and Google "off the shelves" tiktok
Xiaomi 10 supreme commemorative edition press conference Lei Jun's live rehearsal
After the sesame seed, Alipay's "financial points" is officially launched: let's see how much you have.
The United States blocked tiktok and wechat one after another: This is the real purpose!
Tencent launched the largest school recruitment in history, and these positions are most popular
Votebymail is dedicated to helping American voters easily apply for postal ballots
The most popular news this week
Samsung releases Galaxy Note 20 series of mobile phones :12 512GB emperor's edition 9999 yuan
Blue light not only hurts the eyes: it can also increase the risk of depression
Is it feasible for Huawei's "Tashan plan" to beautify 45 / 28nm production line?
Huawei is just 30
Net profit of Netease in the second quarter was 5.2 billion yuan, up 33.3% year on year
Why does the game book need 144hz high refresh rate? Lu Weibing hit the nail on the head
Foxconn: "the era of China as the world's factory is over" is an over interpretation of the media
Huawei's "Tashan plan" is refuted: is it feasible to de Americanize the 45 / 28nm production line?
Apple will launch a bundled subscription service called Apple One"
Net income was 18.2 billion yuan, net profit was 4.5 billion yuan