Why does Apple exclude third-party batteries on the iPhone?

It's actually a software limitation: If a battery is replaced by a third-party company that is not authorized for repair by Apple, even the original Apple battery will display a service notification indicating that it cannot be verified.iPhoneWhether it is equipped with a genuine Apple battery, this battery does not provide health information. 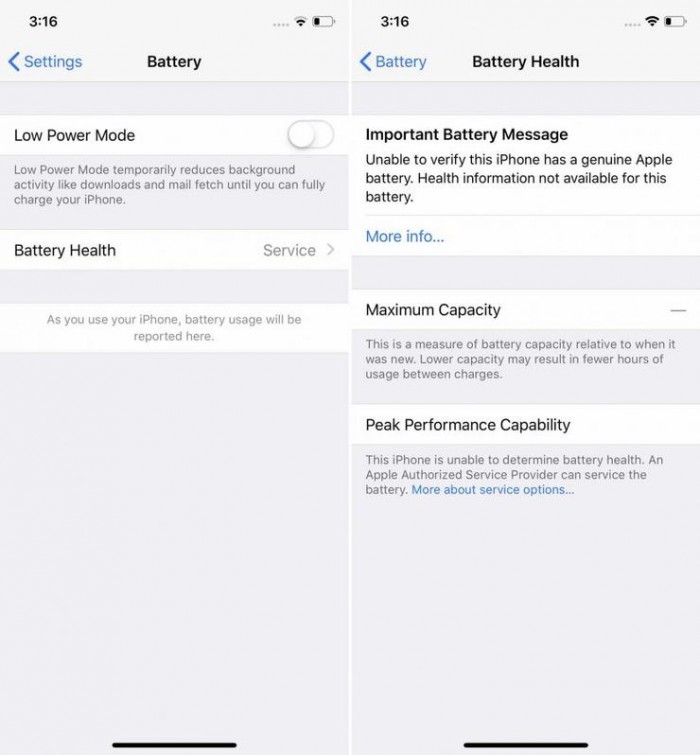 It's worth mentioning that this "dormant software lock" does not completely prohibit users from using third-party batteries, but it does make some small features of the iPhone not working properly - such as battery health. Also, to eliminate this service notice, unless the device is sent to Apple Genius or an Apple Authorized Service Provider to replace the original battery, thenMobile phoneThe battery is authenticated.

The iFixit report states that the battery itself has a Texas Instruments microcontroller model bq27546 that provides information to the iPhone, such as battery capacity, temperature, and time before full discharge. Almost all smartphone batteries have a version of this chip, but Apple uses its own proprietary version.

In addition, the report also pointed out that the chip used in Apple's latest battery has a verification module that can store the information that the battery is paired with the iPhone logic board. In simple terms, if the battery does not have a key that is uniquely authenticated by the iPhone's logic board, the user device will display a "service" message.

After the report was released, Apple was once again in controversy. Some users think that Apple has deprived users of the right to replace third-party batteries with one restriction. Then Apple responded. Apple official said:

We take the safety of our users very seriously and we want to make sure that any battery replacement is working correctly. There are now more than 1,800 Apple Authorized Service Providers in the US, so our users can access high quality repair services more easily.

Last year, we introduced a new feature that we would notify users if we were unable to verify that a new battery was replaced by a certified technician in accordance with Apple's repair process. This information helps protect our users from damage, poor quality, or old batteries that can cause safety or performance problems. This notice does not affect the user's ability to use the phone after unauthorized repairs.

Apple is not the first time that the battery is controversial

Of course, this is not the first time Apple has caused controversy over the iPhone's battery problem.

In 2017, users issued a document accusing Apple of deliberately reducing the performance of its phones. The reason is that his iPhone 6s was so slow after updating iOS 11, after a series of studies he replaced the battery, and then found that the Geekbench4 running of the phone increased. Then, the event continues to ferment.

Some users believe that Apple deliberately slowed down the speed of the old iPhone in order to let users buy new equipment. In addition, there are various speculations about Apple that are spreading.

Later, Apple personally admitted that in order to prevent the automatic shutdown caused by battery aging, the official limit of the speed of the old iPhone. In the public opinion fermentation at that time, Apple also encountered a series of legal problems. Class actions against Apple in California, New York, and other regions have been accepted by federal courts, and similar litigation has been initiated in Israel. 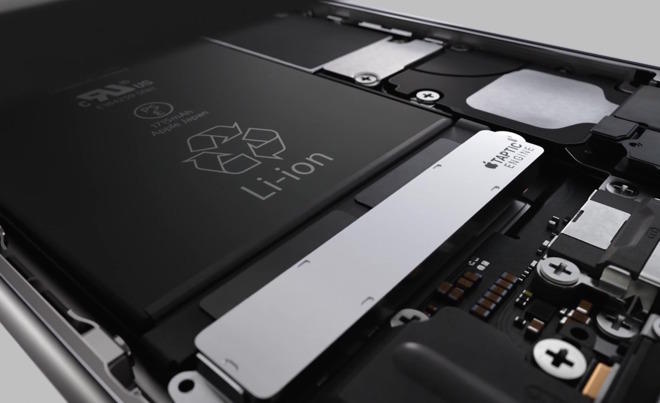 Apple explained in an official statement that in the case of cold temperatures, insufficient power or long-term use, the ability of lithium-ion batteries to meet peak current demand is reduced, causing the battery to automatically shut down; and in order to avoid automatic shutdown, Apple is in the system. Added a peak limit feature (that is, performance limit) to older iPhones, including the iPhone 7.

The life of the equipment is prolonged, and the loss of the battery is inevitable; and the risk of automatic shutdown is also objective.

In fact, at the end of 2016, a number of models including the iPhone 6, iPhone 6s and iPhone SE had an accidental automatic shutdown. Then Apple announced a battery replacement plan for some iPhone 6s models, but still There are many other devices that face unexpected automatic shutdowns.

Later, after the new iOS 10 system update was pushed, the unexpected shutdown of the above models was resolved; but at the same time, the speed of the iPhone will be affected.

Later, Apple not only sent an open letter to apologize, but also lowered the battery replacement price outside the warranty period to $29, and will release a software update in early 2018 to let users know more about the health of their equipment battery.

However, in other words, Apple’s behavior of restricting third-party batteries can be understood.SamsungThe heavy losses and the controversy caused by Apple's automatic shutdown event in 2016 also made Apple pay more and more attention to the safety of mobile phone batteries. From this perspective, Apple does not accept users to replace batteries themselves, but also for iPhone batteries. A protective measure of safety.