Yang Yuanqing: Lenovo needs to be a smart model to help other companies in the future. 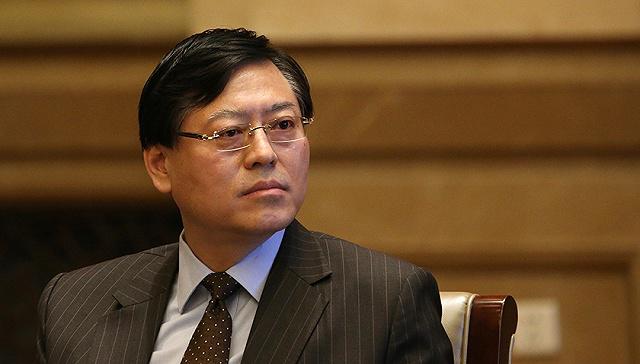 Today Lenovo announced its first fiscal quarter results for the 19/20 fiscal year. From the data, revenue and profit have achieved double growth, and there is a good start. In the financial report communication meeting, Yang Yuanqing, chairman and CEO of Lenovo Group, said that Lenovo will vigorously develop SIoT and help enterprises to carry out intelligent transformation. He believes that intelligence is the best opportunity for China to surpass development.

According to the financial report, Lenovo's revenue for the first quarter of 19/20 was RMB 85.3 billion, an increase of 8 consecutive quarters; the profit before tax was RMB 1.64 billion, a year-on-year increase of 113%.

Lenovo achieved double growth in revenue and revenue in the beginning of the year, and achieved a continuous growth of 8 quarters. Yang Yuanqing believes that this is because Lenovo's strategy is very clear and its implementation is very determined. Lenovo has been moving forward in accordance with the established goals.

In addition, for Lenovo's mobile business, its goal is to make a profit. “In North America and Latin America, very significant growth has been achieved. In particular, the growth rate in the North American market exceeded the market by 37.4%, and the profit before tax improved by more than 14% year-on-year. “Yang Yuanqing said, “At the same time, we are also looking for profitable growth in other markets. ”

However, Lenovo's mobile business revenue in this financial report fell by 9% year-on-year. Lenovo said that it will continue to work hard to improve the European strategy, and only investing in countries with profitable growth potential will inevitably lead to a reduction in business scale. At the same time, the mobile business will continue to implement localization strategies, streamline investment portfolios and invest in new technologies including 5G.

In terms of data center business, Lenovo's revenue for the first fiscal quarter of FY19/20 was US$1.356 billion, a year-on-year decline of 17%.

“Although the turnover has declined, it is mainly caused by market factors. It may be that the cloud computing company has over-constructed the infrastructure in the previous quarter and reduced the purchase in the last quarter. In addition, the price drop of parts and components also led to the overall Sliding down. ” Yang Yuanqing analyzed.

In terms of transformation business, Lenovo established the Data Intelligence Business Group (DIBG) in June this year, and its strategic direction is also very clear, with clear indicators.

At this year's swearing-in meeting, Yang Yuanqing proposed five small goals in the future: $2 billion in software and service turnover, a one-point increase in service penetration, $1.5 billion in hyperscale data center turnover, doubling software-defined revenue, and $1 billion in new models. The turnover of smart devices and the turnover of 3 times vertical industry solutions are year-on-year.

Intelligentization is a good opportunity for China to develop beyond

This year, the old Lenovo Lancome returned to Lenovo. Yang Yuanqing announced the appointment of Lancome in his internal letter in June: Based on the original Lenovo big data team and business, the Data Intelligence Division (hereinafter referred to as DIBG) was established. The new senior vice president, Lan Lan, served as the general manager of DIBG and reported directly to him.

Does the participation of Lancome mean that Lian wants to make a big impact in the industrial Internet and industry intelligence?

Yang Yuanqing said in the financial report that intelligence is the development trend of the industry and the best opportunity for China's transcendence development.

Therefore, Lenovo has given great expectations in the industrial Internet, especially in smart manufacturing.

“The intelligent manufacturing of Lenovo is not only in the manufacturing process, but also in all aspects, research and production of sales and service. First of all, Lenovo should be more intelligent and a model. Summing up the experience, the process is productized and helped to other companies. Therefore, it coincides with the development of the industrial Internet and the intellectual network that China vigorously advocates. & rdquo; Yang Yuanqing said.

It believes that Lenovo has unique conditions, in addition to Lenovo itself is a high-tech manufacturing industry, in the most intelligent companies: such as data, computing power and advanced algorithms, these areas of Lenovo have unique conditions.

Yang Yuanqing said that Lenovo will vigorously promote the development of smart Internet of Things SIoT and help other companies to transform intelligently.

Related news
Disassembly report: Lenovo ThinkPlus 45W USB PD charger pa45
Hot news this week
Xiaomi's new keyboard and mouse product: keyboard can't only be used for typing
Ali, Tencent join the bureau," health code "can really replace the pass?
Opening of AMD's official store: Ruilong Limited gift box $150
Novel coronavirus pneumonia CDC may be followed by China's suspension of work and suspension of school
Here comes the 7 nm sharp dragon! Lenovo released ideapad slim 7 amd version on the US official website
"Cloud conference" is coming! Suning will broadcast Huawei new product conference live: held online on February 24
Samsung TV's global sales volume is the first for 14 consecutive years: qled is twice as big as LG OLED
Alipay's 240 thousand living materials rush to Wuhan, including 70 thousand packets of diapers / sanitary napkins, etc.
Climate change may dry up this river in the United States. Millions of people will be seriously short of water
Huawei releases new matebook d 14 / 15: upgrade amd R7 / Core i7
The most popular news this week
The whole family is in the past! Microsoft three in one office official edition experience
Baidu withdraws the lawsuit and Wang Jin responds: the one who is clear and the one who is turbid
Tesla speed up to Apple
Is it dangerous to cancel Microsoft Sony's exit from GDC Apple Google developer conference at F8 conference?
What's the direction of mobile phones in the future for vivo's new apex 2020?
Eric Schmidt thinks Silicon Valley may lose to China
Interpretation of Baidu's Q4 financial report in 2019: to alleviate the downturn in the first three quarters, it is necessary to define the growth point in the future
Why does the new crown outbreak not necessarily originate in China?
Here's a smart watch that costs only 130 yuan. It looks like an apple watch
Forbes China's 2020 Richest Women's List: Yang Huiyan First Ma Dongmin on the list