Netease Koala has not officially SOLD herself to Internet HRs, who have begun to rob people

Although there is no official information about the acquisition and layoffs of Netease Koala, the human resources of Internet companies are already ready to launch a "war of robbery".

Nandu reporters found that in a message area from the media about "Ali's purchase of NetEase Koala Negotiation is nearly over", the top comment was a message from Tianmao Import and Export Business Department, "Tianmao Import and Export Business Department, two businesses: Tianmao International (like Koala model, step into) and Tianmao Overseas, there is a need. Please contact me, and leave your mailbox and Wechat account. Another top comment that followed was from Tencent, "Message area can not exist without goose factory, front-end and back-end algorithms, etc. Don't go, mailbox me!" And also left the mailbox address. 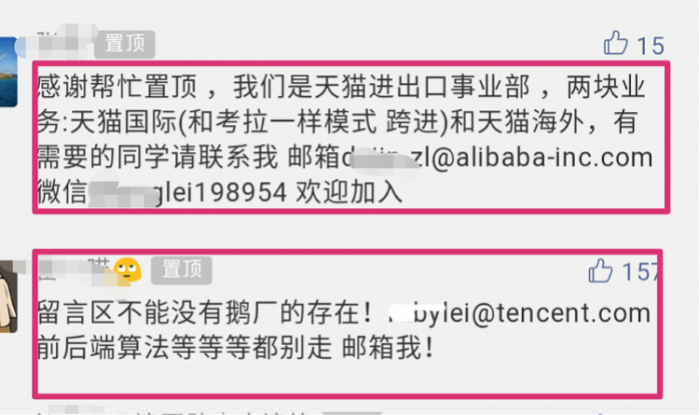 According to the rough statistics of Nandu journalists, there are nearly 50 messages in the message area that leave contact information such as micro-mail or mailbox and clearly express the intention of recruitment. Besides Ali and Tencent, the main force of Internet enterprises such as Pingduo, byte beating, Aibiying, Tencent music, 58, headlines, drops and graffiti are almost the same, while the main force of Internet enterprises such as the Ministry is almost the same. Dividing headhunters also take the opportunity to "scramble in". Interestingly, Shen Peng, CEO of Water Drop Mutual Assistance, even left his personal mailbox, saying that "Water Drop Company invites big candidates, CEO direct appointment". 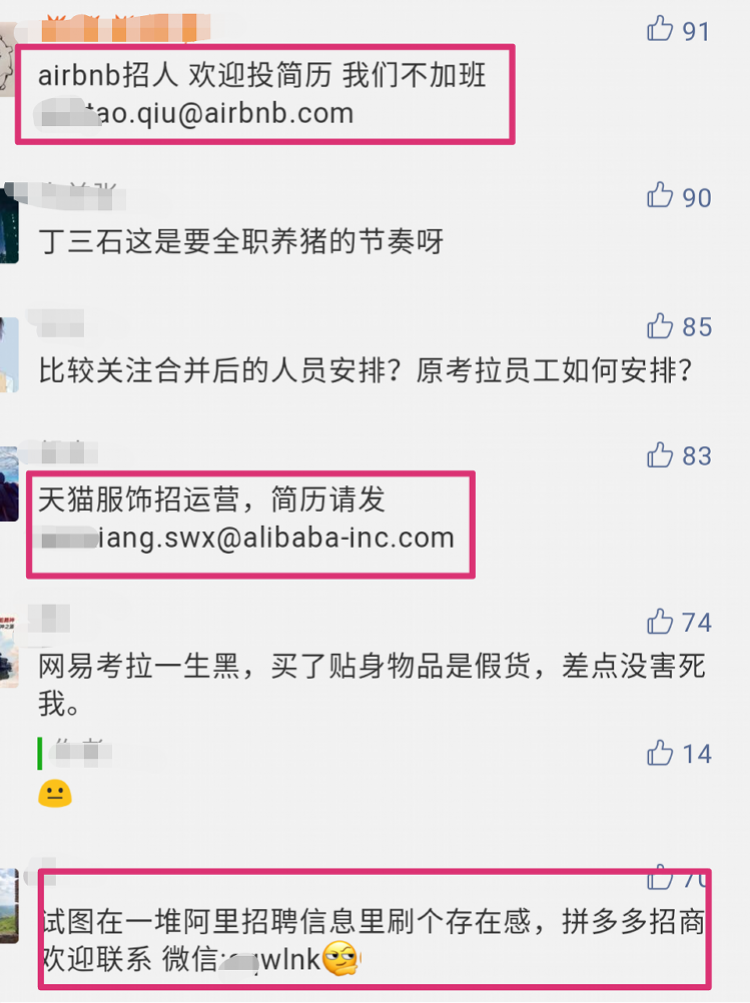 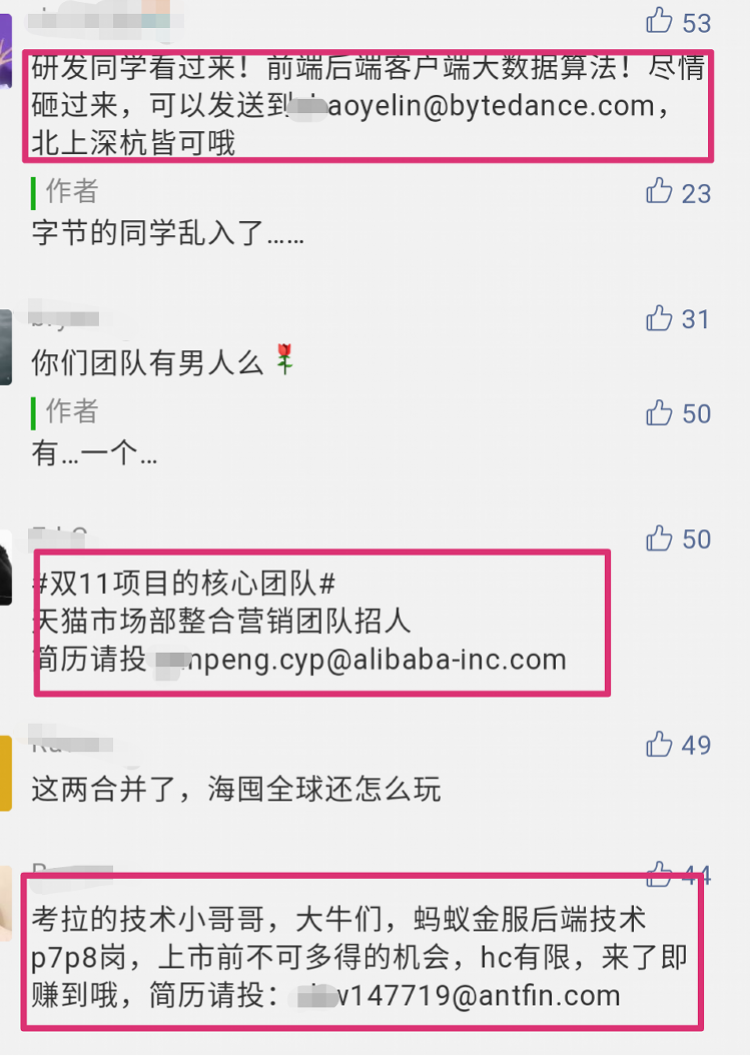 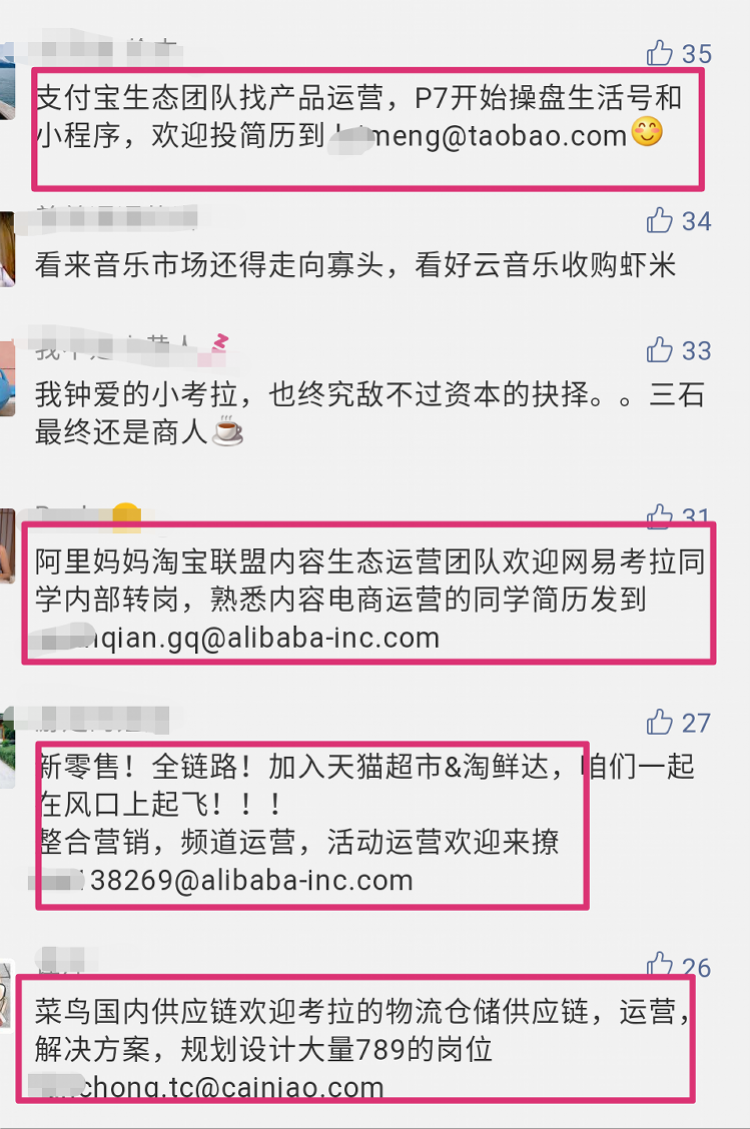 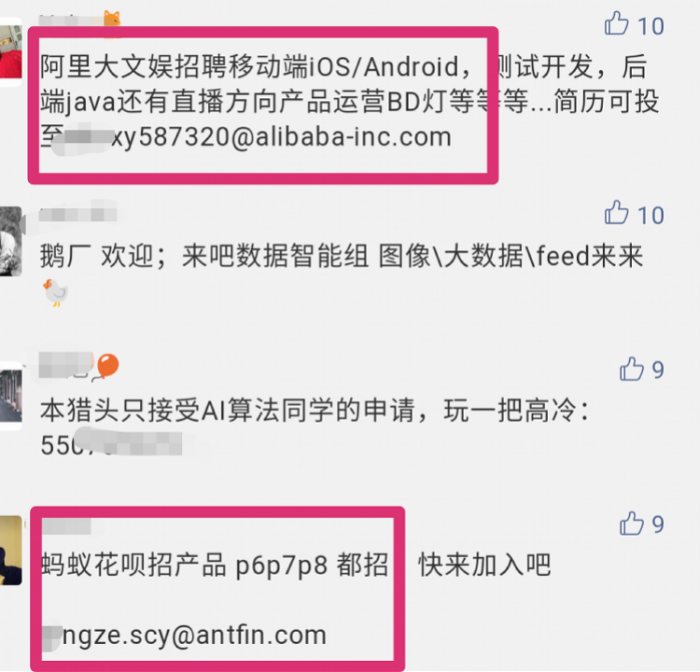 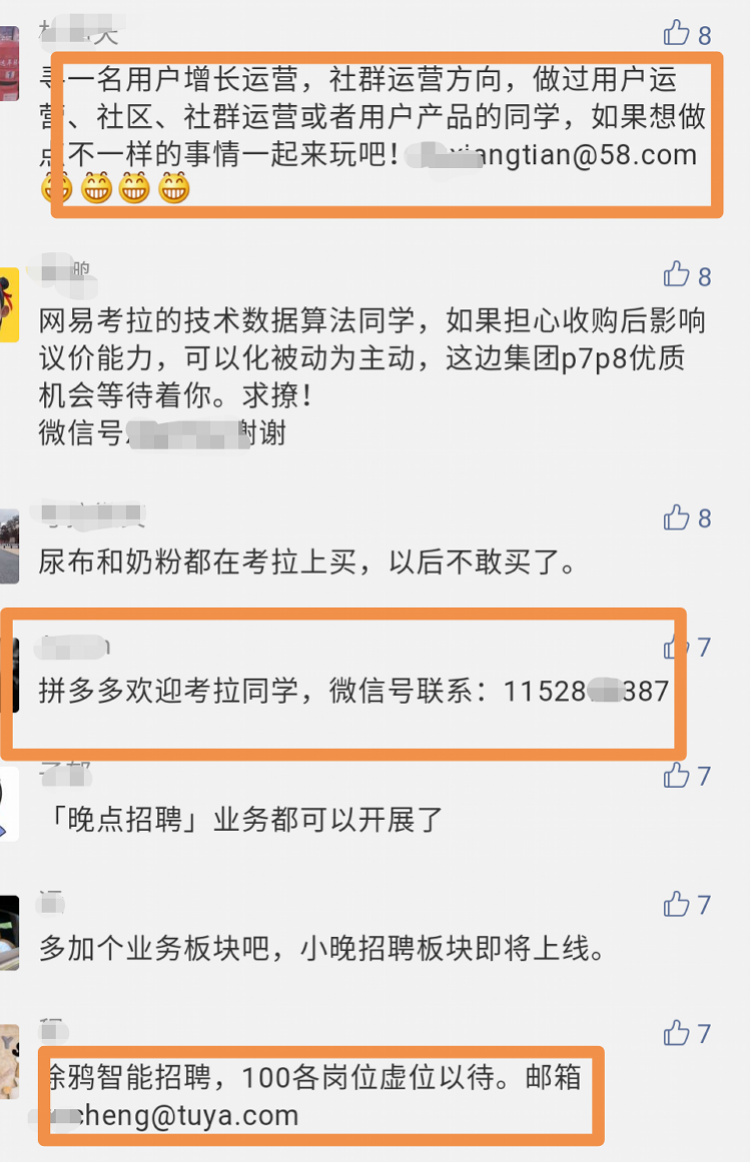 Most interestingly, however, more than half of the dozens of messages that left contact information came from the Alibaba camp. According to the statistics of Nandu reporters, including Tmall, Tmall supermarket, box horse fresh life, ant gold clothing, Alipay, Ali mother, rookie,AliyunAlibaba Da Recreation, Alibaba Damo Academy, Hungry Team, etc. The job orientation mentioned, in addition to operation, marketing and other positions, most of them expressed their desire for front-end and back-end technical personnel.

Netease's share price rose against the market on Wednesday, closing at a higher market value than Baidu's.