【新智元导读】Google has again erupted a massive protest: More than 700 Google employees recently signed a petition asking Google to abandon its bid to participate in the US Customs and Border Protection (CBP) cloud computing contract. The petition was fierce and called for “Google must oppose human rights violations”. It is reported that the contract "great amount", and Google has also been accused of violating its own "rules of AI use".

According to foreign media reports, more than 700 Google employees collectively petitioned Google to not participate in the US Customs and Border Protection (CBP) cloud computing contract bidding. The protesters posted a title in Medium called “Google must oppose human rights violationsThe petition pointed out that CBP’s cloud service contract sparked controversy among Google’s regular employees because the agency recently ignored human rights in dealing with immigration issues on the southern border of the United States. 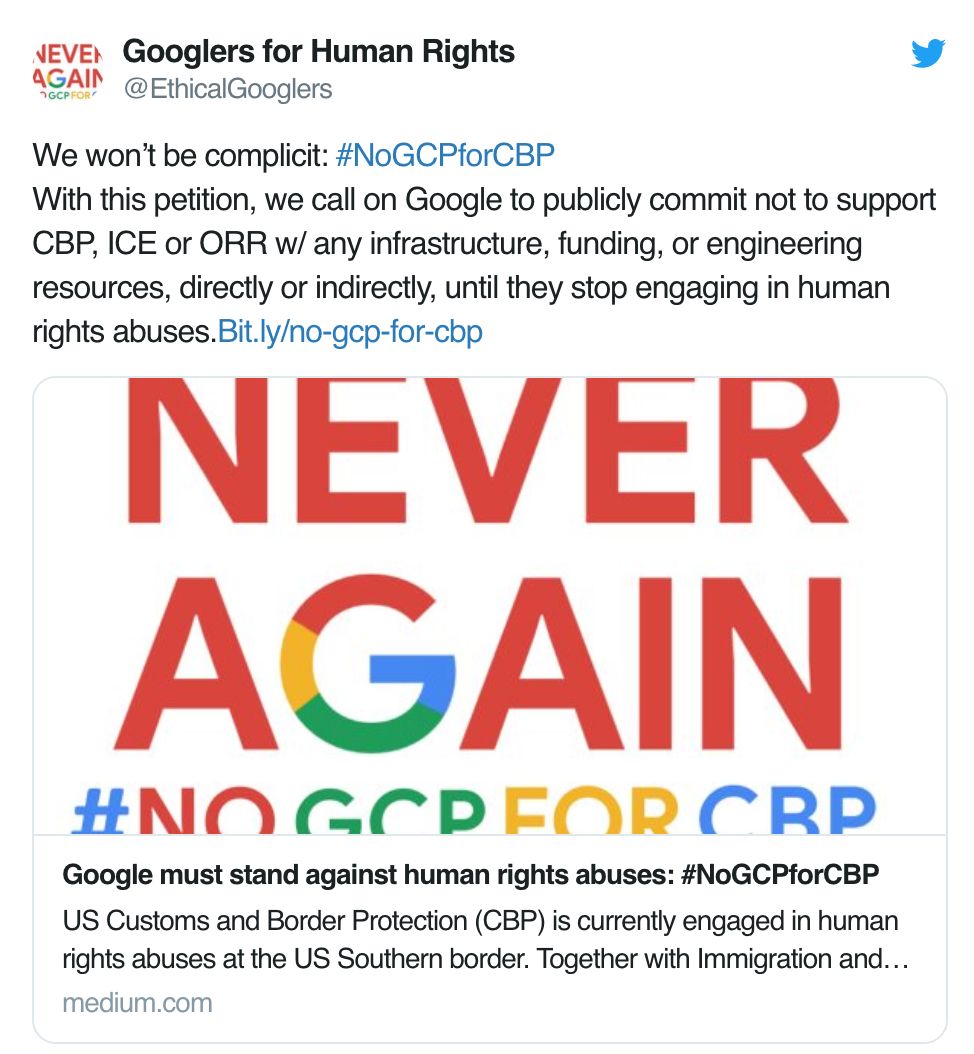 The staff also mentioned in the petition the Trump administration’s family separation policy and the recent child deaths during the detention of immigration officials. The petition reads: “Under international human rights law, these abuses are illegal and are immoral by any standard. ”

The petition continues to write:“The history is clear;It’s time to say no.We refuse to be accomplices.”

Contract "too large", Google was accused of violating the AI ​​principle

According to the bidding website, the contract was first announced on July 10, and the bid deadline was August 1. A Google spokesperson declined to answer whether the company was involved in a cloud service contract bid. 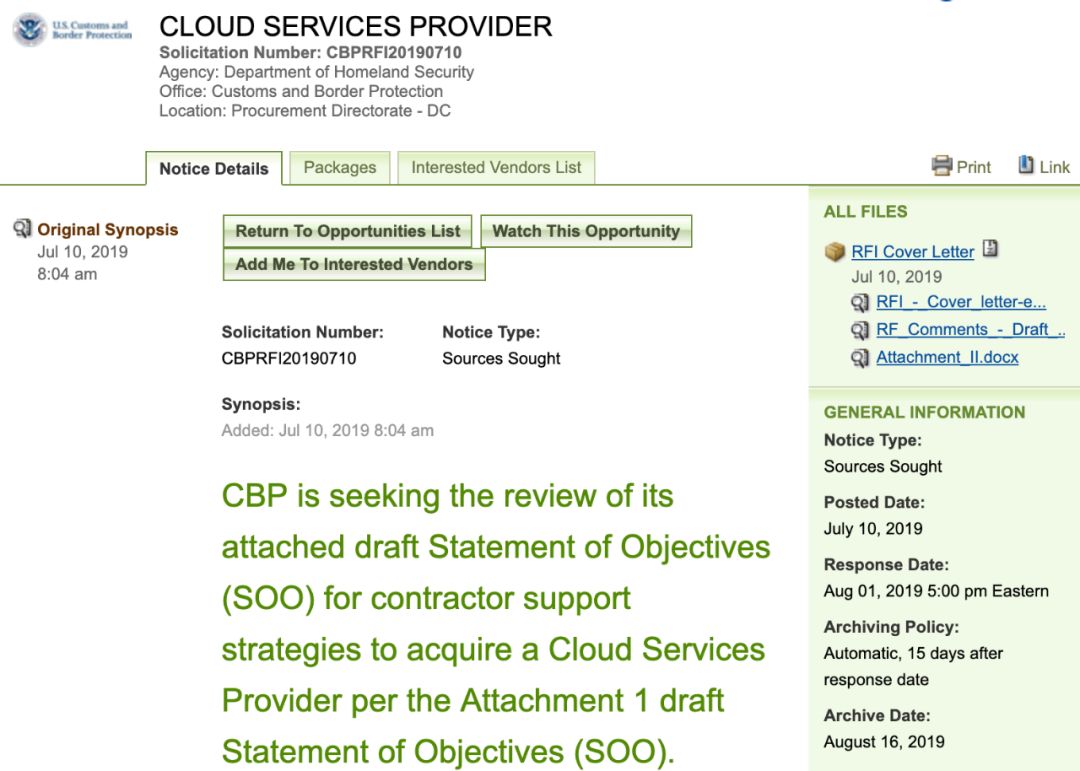 From the list of “interested suppliers” on the bidding website, it is unclear whether Google is among the 21 suppliers that apply. It is not clear how much the potential value of this contract is, butGoogle employees called the contract "a huge amount".

In the petition, employees pointed out that Google's artificial intelligence principle is one of the reasons why they can't cooperate with CBP. They said that CBP<;seriously violated international human rights law".

In June last year, thousands of employees wrote to CEO Sundar & Middot; Sundar Pichai, asking the company to “do not engage in war business”; after that, Google decided not to renew the Maven project contract with the Pentagon and released it. The "seven principles" used by AI. 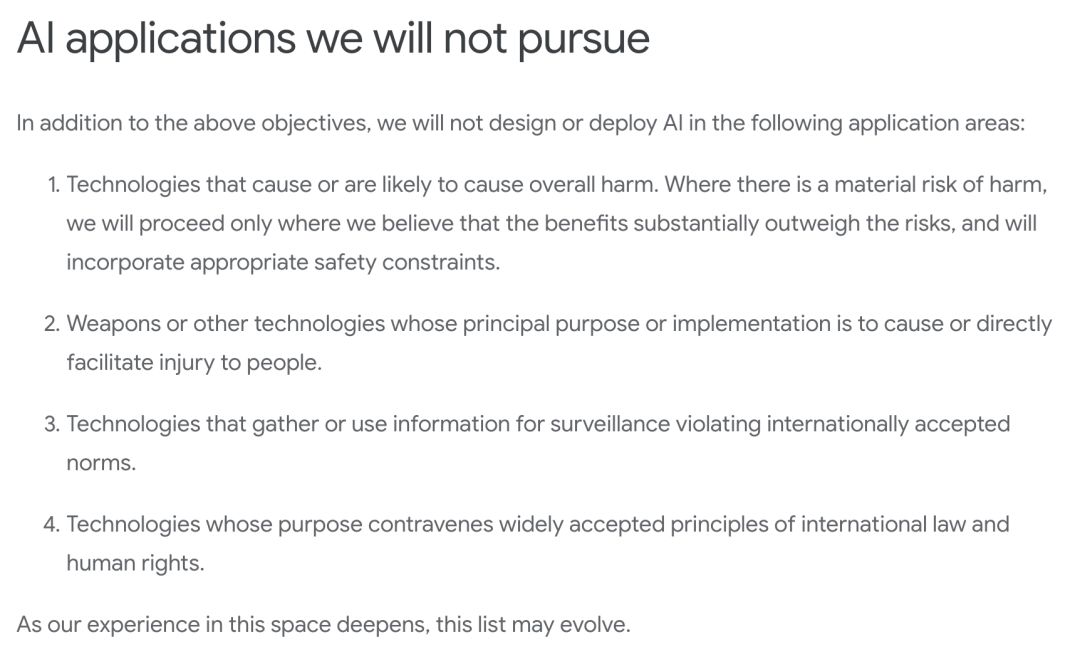 In a statement of work, the US Department of Homeland Security noted that CBP's “Enterprise Infrastructure” has used Amazon Web Services (AWS), Microsoft Azure, IBM Cloud, Oracle Cloud, and Google Cloud Platform. The contract appears to be aimed at integrating all cloud services for CBP. “

The government is looking for a cloud strategy to increase cloud innovation and reduce the shortcomings of multiple cloud service providers/distributors,” wrote the job statement.

Government contracts are an important source of revenue for cloud computing companies Amazon and Microsoft, but Google’s attempts to enter the field seem to be blocked internally. In a similar petition in June 2018, Microsoft 500 employees also called on Microsoft to terminate a cloud service contract with ICE, which is reported to be worth $19.4 million.

Although it's unclear whether Google is actually bidding for CBP's contract, the employee's petition shows how difficult it will be to seek a major government deal as the tech giant tries to expand its cloud computing division. Because for Google employees, their protests have been effective and successful.

4000 Google employees protested the collective resignation of more than a dozen people, and Google’s military contract was protested

Google employees are very sensitive to whether the company can maintain a neutral attitude and whether it will participate in political and military projects. Similar protests have been common to Google.

Since Diane Greene became CEO of Google Cloud Computing in 2015, the relationship between Google and the US government has improved significantly. Diane Greene hopes that Google will work with the government for a long time. She led her to compete with Amazon and Microsoft for more than $6 billion in cloud contracts from federal agencies and the Department of Defense.

however,The Maven project, which was co-operated by Google and the Pentagon last year, was exposed by a large number of protests inside and outside the company.. After a short period of fermentation, more than 4,000 employees signed an internal petition, asking Google to withdraw from the project, and even more than a dozen employees resigned collectively!

At that time, the International Robotic Arms Control Committee (ICRAC) also sent an open letter to Google founder Page, CEO Pichai, Google Cloud CEO Diane Greene and Li Feifei, calling on Google to withdraw from the military project and promised not to weaponize its technology. 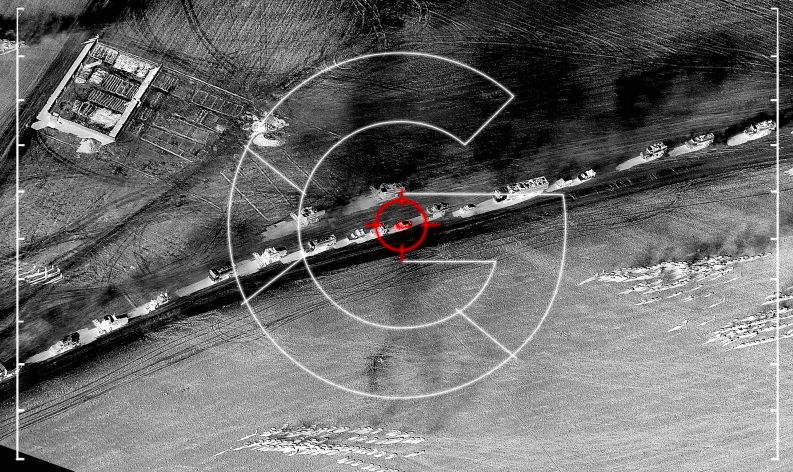 It is reported that Maven is the US Department of Defense's initiative to apply artificial intelligence to drones. The project aims to create a monitoring system similar to “Google Earth” that allows Pentagon analysts to “click on the building to see everything related to it” and to build vehicles, personnel, and “all cities”. Land characteristics and images of a large number of people.

In the end, Google announced that it will not renew its contract after the 2019 contract expires and withdraw from the Pentagon cloud computing contract JEDI. It is reported that the contract may last for 10 years and the value is as high as 10 billion US dollars. At the same time, Greene also resigned from Google Cloud in January this year, replacing her with Andrew Moore, former president of the CMU Computer Science Academy.

Google employee petition exposure: Now is the time to say no, we refuse to become complicity

Finally, the content of the Google employee petition is as follows:

The US Customs and Border Protection (CBP), the Immigration and Customs Enforcement (ICE), and the Office of the Refugee Resettlement (ORR) of the Ministry of Justice did not do their part, but instead helped the perpetrators and the people who should be helped. Not only is there no morality, but it also violates relevant international laws.

Recently, it was reported that CBP is preparing to bid for a large-scale cloud computing contract. The winning cloud provider will streamline the infrastructure of CBP and facilitate its human rights violations. It is time to rejoin together, and we have to make it clear that we will not work for any such contract.We ask Google to make a public commitment not to provide any infrastructure, financial or engineering resources directly or indirectly to CBP, ICE or ORR before it ceases to violate human rights.

Google has repeatedly publicized its commitment to ethical protection of technology. Google's AI Principles Statement states that Google will not build technology that violates widely accepted international law and human rights principles. CBP and ICE are serious violations of international human rights law, regardless of the standard. Google is also committed to creating a diverse, inclusive and psychologically safe workplace for all employees, including immigrants and Latinos —— but it is these people's communities, families and friends who are being intimidated by CBP and ICE.

If you work with CBP, ICE or ORR, Google will trade in good faith for profit. We only need to look at the role of IBM in working with the Nazis during the Holocaust to understand the role of technology in automating mass atrocities.

History is clear: It is time to say no. We refuse to be accomplices. It is unreasonable for Google or any other technology company to support institutions that engage in imprisonment and torture of vulnerable groups. We are not alone, the whole world is paying attention, and the facts are very clear. We stand with workers and supporters across the industry, demanding that the technology industry refuse to provide infrastructure for mass atrocities.