With AMD's launch of the 7nm Zen2 architecture of the Ruilong 3000 and EPYC 7002 series processors this year, their competition with Intel is becoming more and more intense. Intel also launched the 10nm Ice Lake processor this year, using the SunnyCove core and the new CPU architecture.

In the X86 market, AMD and Intel have a great advantage to see both products. A good CPU architecture will be the basis of competition. Both parties have announced the CPU roadmap for the next few years.

Pushing a netizen witeken to compare the two roadmaps: 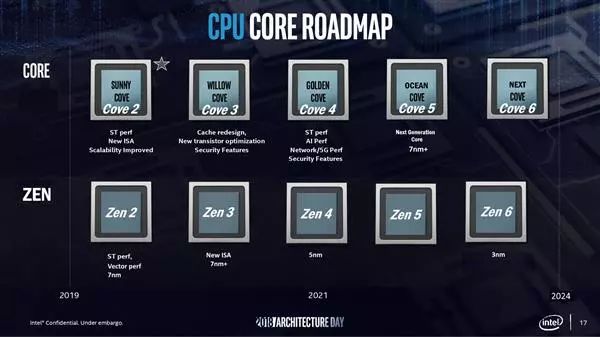 AMD has had Zen and Zen+ architectures before. This year is the Zen 2 architecture, just against Intel's Cove 2—— Sunny Cove.

In 2021, AMD expects to launch the Zen 4 architecture of the 5nm process, competing with Intel's Cove 4 core Golden Cove.

In the future, it is actually a road map that has not yet been officially announced. Intel is OceanCove, and AMD is Zen5 architecture. It only appears in media reports, and there is no clear information.

As for the Zen 6 vs. Cove 6, it's more speculative now, the shadows are gone, and the 3nm process is just the author's own guess.

In general, the AMD and Intel processor roadmaps made by Witeken are a bit interesting. After many years, the two sides can finally hard-hitting. Every two or two years, there will be a new CPU architecture, and no one will dare to slack off.

However, the specific process and time point are not very reliable. In the process technology (whether or not it is a digital game), Intel is lagging behind the 10nm node. If the 7nm and 5nm nodes do not accelerate to catch up, the competition between the two parties may be AMD will stay ahead if it is misplaced for a long time. 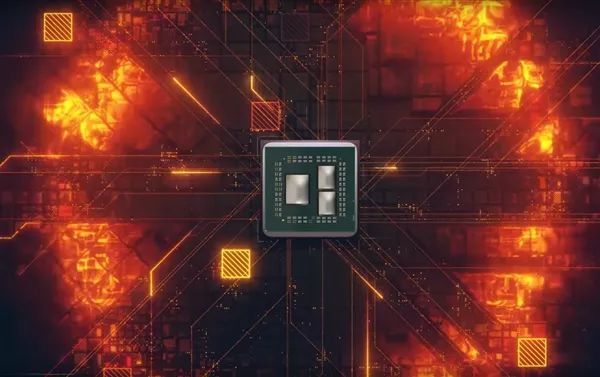 Of course, for Intel at the moment, the most urgent solution is the 10nm process capacity, and the other is the continuous shortage.

Since the beginning of Q3 last year, Intel's 14nm capacity has suddenly been in a hurry. As a manufacturing process with many years of mass production, the 14nm processor is out of stock and most people are puzzled, but the outside is in a hurry and can't be used. .

In order to solve the problem of insufficient capacity at 14nm, Intel announced the following improvements last year:

In addition, in terms of processor supply issues, Intel also adjusted the order, priority to meet the needs of high-end processors, including the Xeon and Core series, the priority of the low-end products to the end, and some of the chipsets originally scheduled to use 14nm process For example, H310 and B360 are now also produced in the 22nm process, and new chipsets such as H310C and B365 are introduced.

Intel's 14nm capacity shortage problem has been effectively alleviated this year. From the perspective of major platforms, it seems that few of the information about the eight-generation and nine-generation Core is out of stock. Intel executives have also stated that they will be able to solve this year. 14nm out of stock problem.

But what is the actual situation?Compal foundry Compal Technology said recently that Intel's processor out of stock problem will continue to exist in the second half of this year, and will affect the beginning of 2020, showing that out of stock problems are more trouble than previously estimated. 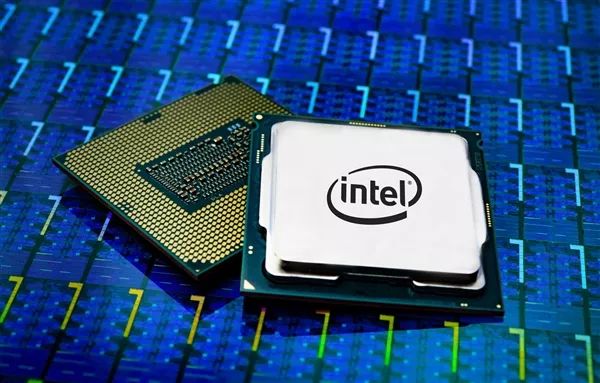 In addition, Ryzen 5 3550U appears on GeekBench.It looks very much like the 15W low voltage version of the Ryzen 5 3550H.

It is still a quad-core chip with eight threads and 4MB of L3 cache. Geekbench 4 Detection The Ryzen 5 3550 U has a reference frequency of 2.1 GHz and a maximum acceleration of 3.69 GHz.

Considering that each Vega CU has a maximum of 64 shaders, Vega 9 should have 576 available. According to Geekbench 4, the Vega 9 operates at 1300MHz. 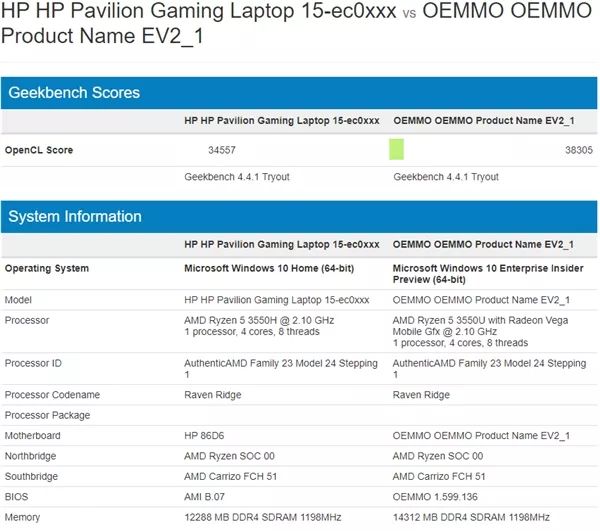 Related news
A thousand years of hard work and strong look at the great development of AMD 50 years
Intel finally admitted that it can't catch up with AMD in 2 years.
AMD/Intel hard hit! Looking forward to the 3nm Zen6 in 2024?
AMD Zen2 laughs as Intel's new 10 core CPU power explodes
AMD is coming: Intel is expected to take price reduction measures
Hot news this week
Britain and China are discussing involving Chinese enterprises in the construction of high-speed rail in the country
Amazon employee No.1: the giant is unstoppable, but there is evidence for the split
100% full screen? Samsung Galaxy note 20 first exposure: or in July
Xiaomi tmall super brand day ultimate battle report: the first sales volume of 61 items sold for 300 million yuan!
US announces import tariff on EU aircraft Airbus: Eventually will be paid by U.S. passengers
Paper clip Cope millet 10: Why is your home's Wi-Fi so slow?
It's worth a try to use the mobile phone with homogeneous appearance
Musk confirmed that the new Tesla Model s and model x range increased to 630 km
[multi figure] learn about the windows 10x system for dual screen devices
Fold for fold: is Motorola Razr really a 100% mobile phone?
The most popular news this week
Mattel announces the remote control version of Tesla cybertruck
Nail households finally take off their hats! Xiaomi 6 users change Xiaomi 10: Lei junbixin
U. S. cellular will use Samsung devices to promote 4G LTE and 5g networks
Netflix's rapid growth in the U.S. market slows down, aiming to seize the opportunity in the international market
Google to further update redesigned Google Maps
Reports claim the Trump campaign bought a headline ad space for YouTube on Election Day
Xiaomi appoints Wang Chuan as chief strategy officer Lee Hsiao-hsung takes over the DIRECTOR
NASA's MRO captures strange craters on Mars
Patent leak: Apple's new iPhone design is all screen
What is the richest town in America? Half a million dollars a year is less than the average